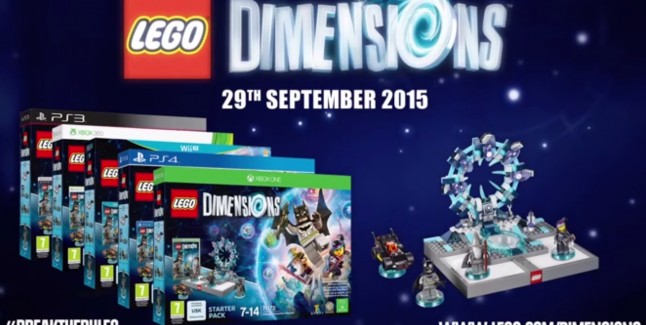 The Lego Dimensions release date is set for September 27th, 2015 in America and September 29th, 2015 in Europe for Wii U, Xbox One, PS4, Xbox 360 and PS3 announced Warner Bros. Interactive.

Check out the hilarious debut trailer for Lego Dimensions.

Lego Dimensions breaks the rules of traditional gaming to merge physical LEGO brick building with interactive console gameplay in a manner only imaginable in the world of LEGO games.

The game will fuse many fan-favorite universes together, including DC Comics, The Lord of the Rings, The LEGO Movie, The Wizard of Oz, LEGO Ninjago, Back to the Future, and many more.

“When kids play with LEGO bricks, they build beyond the singular brands, intermixing all of their favorite characters and universes, and we have come up with a way for players to experience that via videogames,” said Jon Burton, Founder and Creative Director, TT Games. “Now for the first time in a videogame, LEGO fans can play in the virtual world and in the real world – combining everything without restrictions. Imagine putting “LEGO Gollum” from “The Lord of the Rings” behind the wheel of the “LEGO Delorean” in “New Ninjago City” – the creative play is endless.”