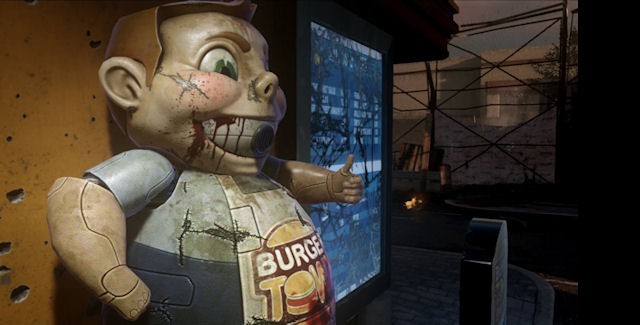 How To Unlock The “Toccata and Fague” Song

On the Infection exo zombies map, hold the X button on your Xbox controller (Square button on a PlayStation controller) on these 3 Trigger Spots to activate the Music Easter Egg!

• [2:02] — Song Trigger Spot #3: The Toy Rocket #3 location is on the roof of the main Burger Town restaurant, at the bottom of the tower’s stairs. (Go by the caged area and you’ll be able to see this last golden toy rocket by the opening.)

This video guide shows all 3 song trigger spots. Upon completion this will play the full classical “Toccata and Fague in D Minor” song in-game.

Here’s the full song being played:

Ascendance bonus DLC: As part of the Ascendance DLC you get the AE4 Bonus Weapon. While Season Pass owners on Xbox platforms got early access, those Xbox 360 and Xbox One owners who pick up Ascendance on March 31 will unlock a new bonus weapon. – The OHM directed energy two-in-one LMG/Shotgun and its OHM Werewolf Custom Variant. Adjust the weapon on the fly to fit your strategy. Unleash a barrage of directed energy fire from a distance in LMG mode or get up close and personal in shotgun mode and deliver a concentrated blast of directed energy.

Do you know of any Call of Duty: Advanced Warfare Ascendance cheats or unlockables?
Let us know in the comments, you’ll get credit for finding out. – Thanks for visiting!