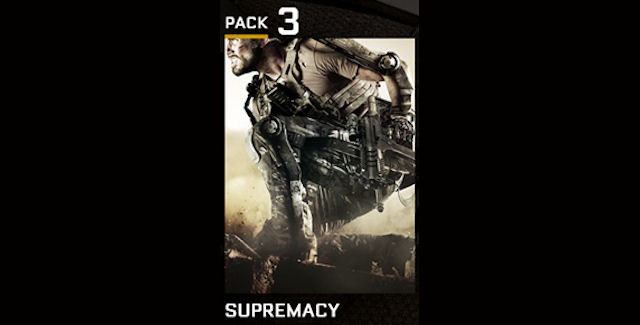 Here is the official preview for the Call of Duty: Advanced Warfare Season DLC:

Call of Duty: Advanced Warfare – Season Pass holders will get the third of four DLC’s as part of the $50 package, which you can still get. Otherwise, you’ll have to buy each DLC separately at a slightly higher price per DLC ($10 more total), since each one will set you back 1200 Microsoft Points or $15.

We’ll update once Activision puts out the official press release or COD:AW DLC #3 website update with full details about each map.

Note: For all other future DLC Pack launch times, check out our page for the “Call of Duty: Advanced Warfare DLC Release Dates“.

Are you excited for the Call of Duty: Advanced Warfare – Supremacy DLC?