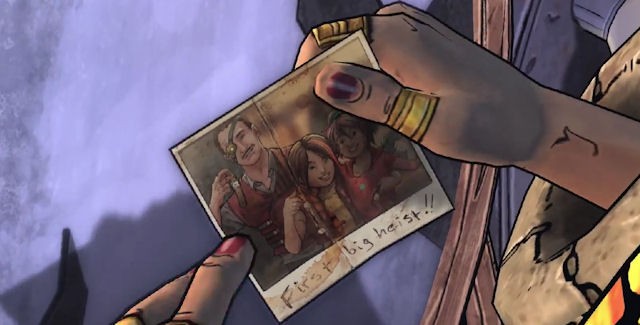 What is the Tales from the Borderlands Episode 3 release date? Telltale Games has promised that during Season 1 you can expect a new downloadable episode every 5 to 8 weeks. Episode 2 took a way-too-long 3.5 months (16 weeks) to arrive — if Telltale did stick to their schedule it would’ve come out a month ago — but finally Episode 3 (titled “Catch a Ride”) has been confirmed for release 3+ months (14 weeks) later on June 23rd, 2015!

Let’s have a sneak peek at the continued adventures of Rhys & Fiona on Pandora.
Watch the Tales from the Borderlands Episode 3 teaser trailer right here:

Episode 3 Synopsis: “A new partner issues a race across Pandora for the next lead on the Gortys Project.”

The Episode names may hint at what is yet to come:
• Episode 3: Catch a Ride
• Episode 4: Escape Plan Bravo
• Episode 5: The Vault of the Traveler

May 8 Update: The official Telltale blog hasn’t been updated with Tales from the Borderlands episodic news in almost two months. So it’s safe to say we won’t be getting Episode 3 after the average it takes to make an Episode — 8 weeks — next week. We do expect new screenshots and possibly a trailer next week. So stay tuned, as a trailer will confirm either a May 19 or May 26 release this month.
It is becoming more difficult to give solid release dates in advance now that Episode 2 took 3.5 months opposed to the promised average of 5-8 weeks, which was also the average we could (often) count on with other Telltale series.

May 12 Update: The Director of PR at Telltale Games, Job J Stauffer, confirmed via his Twitter account that: At Telltale Headquarters he will be playing the full “Episode 3: Catch a Ride” this week. Adding that “it won’t be long for everyone” else to be able to play Episode 3! This means the release is imminent, Episode 3 will either arrive on May 26th or June 2nd.

June 11 Update: After a few mid-May and early-June misfires, the often-delayed Tales from the Borderlands series is getting a new episode on June 23rd, 2015!

To quote Telltale: “After a dizzying escape from a very-near-almost-certain-death scenario (involving statuesque buttocks), Rhys and Fiona find themselves looking for another piece of the puzzle that will lead them to the untold riches of Vault key ownership. Lost in the mysterious jungle of an Atlas terraforming facility, Fiona finds help from an unexpected mentor, Rhys continues to share brain-space with the disembodied mind of a dead dictator, and love is in the air. Pursued by the ruthless criminal ‘Queenpin’ Vallory, and with very little help from Vaughn’s accountancy skills (or stellar abs), getting anywhere near the Vault will be entirely up to you.

The episode is expected to be available for digital download the week of June 23rd on PC/Mac via the Telltale Online Store, Steam, and other digital distribution outlets, and on PlayStation 4, Xbox One, PlayStation 3, Xbox 360, Android, and iOS devices.”

‘CATCH A RIDE’ with Loader Bot in ‘Tales from the @Borderlands’ Episode 3, landing the week of June 23rd! pic.twitter.com/NsplhKPlUY