Tales from the Borderlands Episode 2 Walkthrough 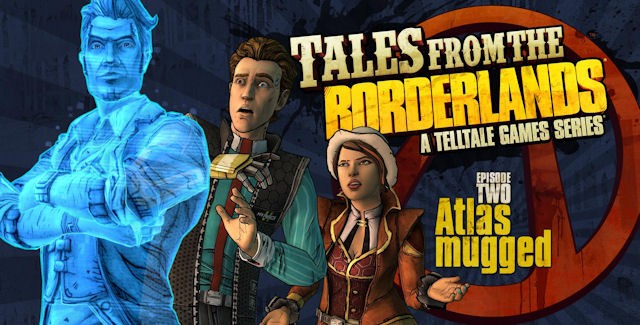 Our Tales from the Borderlands Episode 2 walkthrough will guide you through the beginning to ending moments of “Episode 2: Atlas Mugged” gameplay with strategy tips for this episodic graphic adventure game on the PC, Mac, PS3, PS4, Xbox 360, Xbox One & Mobile.

Let’s start the Tales from the Borderlands Episode 2 walkthrough with an introduction video!

Tales from the Borderlands Episode 2 Walkthrough

Welcome to the full 2-hours-long Tales from the Borderlands Episode 2 walkthrough!

Doug will be your voice-over commentator showing you around the areas in “Episode 2: Atlas Mugged”.

All Alternative Choices & Scenes in Episode 2:

NOTE: Episode 3 will follow in around 2 to 3 months! — Here’s the official “Tales from the Borderlands Episode 3 release date” schedule.

Thanks to Telltale Games, Doug & AFguides for the walkthrough videos.