Home » Features » The Order: 1886 Behind the Scenes Videos & Launch Trailer

The Order: 1886 Behind the Scenes Videos & Launch Trailer 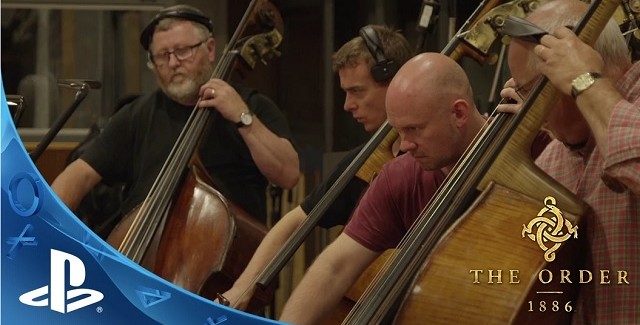 The Order: 1886, Sony’s long-awaited first-party exclusive for the PS4, is out tomorrow.

Developed by Ready At Dawn, who cut their teeth on the God of War franchise (God of War: Chains of Olympus, God of War: Ghost of Sparta, God of War Origins Collection, as well as Daxter for PSP & Okami for Wii), The Order: 1886 represents their first test with an all-new big-name IP for Sony…

While The Order: 1886 has received mixed to bad reviews in the press, the game looks absolutely fantastic to me.

You can judge for yourself with this The Order: 1886 launch trailer.

If that didn’t do the convincing, then maybe some straight 25 minutes of gameplay footage will do the trick.

You see, most people harp on the fact that The Order: 1886 is more “movie than game” and pin that as a negative. I’ve never had a problem with that, and I actually love movie scenes and QTE’s (“Quick-Time Events”, where you have to press buttons during what is essentially a movie scene to succeed or fail); so keep that in mind when you read reviews about The Order.

Behind the Scenes of The Order: 1886 – Making of Videos

The Order: 1886 Behind the Scenes Making of Video: THE CAST

“With the many areas we’ve covered over the months as we approach the launch of The Order: 1886, there’s still one major aspect we haven’t yet addressed: the cast.

About a year into the project, once the story and initial script were written, it was time for us to cast our characters. The requirements were pretty stringent, the character sheet was filled with details of each of the protagonists that would make our game and define our world. Finding the right actors for these parts was the last piece of the puzzle to finally make each of our characters come to life.

The search was long. It took many months, rounds of casting and auditions with a wide spectrum of extremely talented actors. In the end, it came down to four people who would form the core of the Order’s most elite squad. We finally had our cast.

Steve West stepped in the shoes of our protagonist, “Sir Galahad”. He brought with him the balance and stoicism that Galahad exuded as a time and battle-worn Knight.

Alice Coulthard embodies the subtle and complex character traits that define “Lady Ingraine”; a lady of the Victorian Era with poise and decorum. But behind her facade lies a skilled and deft warrior.

Graham McTavish became the de facto leader when he stepped onto our stage. A favorite amongst both game and movie lovers, Graham is “Sir Perceval”, one of the most senior, wise, and most trusted members of the Order.

The “Marquis de Lafayette” was always going to be a tricky character to approach and Frederik Hamel has done the role justice and much more, bringing the needed joviality and levity to balance our squad. And a certain “je ne sais quoi…”

Together our main cast became the backbone of the story and the relationships you will experience in the game. Each of our characters are symbols of the eras they came from.

They each have the qualities and faults that are brought on by their respective experience and positions in the history of our world. Those of course not only had to be translated into the script and brought to life by the actors, they also had to be visualized in the creation of their likenesses.”

The Order: 1886 Behind the Scenes Video #1 — From Round Table to Revolution

“The Order: 1886’s universe is a complex, heady brew steeped in myth and half-truths. Inspired by an array of divergent topics ranging from King Arthur’s Round Table to the Industrial Revolution, The Order: 1886 paints a grim vision of 19th-century Victorian London.

The Order: 1886 Behind the Scenes Video #2 — Fusing History & Mythology

“Ready At Dawn reveals some of their inspirations for The Order: 1886. History and mythology collide in the first of our Behind The Scenes series.

The Order: 1886 introduces players to a unique vision of Victorian-Era London where Man uses advanced technology to battle a powerful and ancient foe. As Galahad, a member of an elite order of Knights, join a centuries-old war that will determine the course of history forever.”

The Order: 1886 Behind the Scenes Video — Introducing the Lycans, The Evolution of the Half-Breeds

“Ready At Dawn discusses their creative process in bringing the Lycans to life, including early concept art, in video two of our Behind The Scenes series.”

“We reveal the creative process of creating the weaponry of The Order: 1886, in the third video of our Behind the Scenes series.”

“During the PlayStation Experience panel “Music Magic: How Your Favorite Game Soundtracks are Made”, we debuted “The Knights Theme” from The Order: 1886 for the first time.

We’re proud to have “The Knight’s Theme” available for listening by all our fans. Click play below, close your eyes, and experience the sounds put together by composer, Jason Graves.”

And in video 4 of our Behind the Scenes series, Ready At Dawn and Jason Graves discuss the music of The Order:1886.

PLAYSTATION EXPERIENCE PANEL — Music Magic: How Your Favorite Game Soundtracks Are Made

“Music provides emotional depth, kineticism, and tone for PlayStation games. Listen and learn as SCEA Music Supervisors and Composers take you through their unique and varied musical scores. PLUS: An exclusive debut from the score for The Order: 1886.”