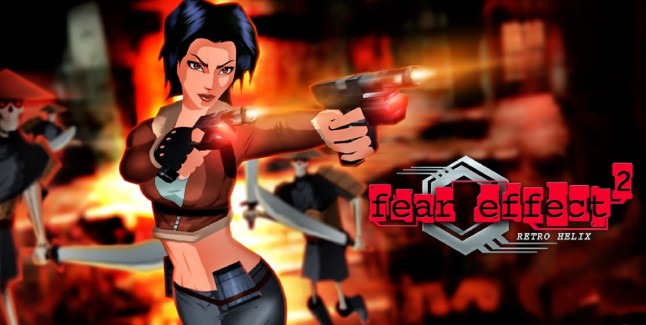 Could Fear Effect 3, Gex 4 or Anachronox 2 be coming to Xbox One, PS4, PC or Wii U? What about a Fear Effect Reboot, or a revival of the cancelled Fear Effect 3: Inferno?

In case you need a reminder, check out this cancelled trailer for Fear Effect 3: Inferno. Which was originally in development for PS2 as the “next-gen” sequel to the original “Fear Effect” & “Fear Effect 2: Retro Helix” Survival Horror games for PS1.

Also don’t forget to check out my Fear Effect 1 review that I posted to VGB way back in 2006! I’m a huge fan of the series! So this is AWESOME news!

“It’s an exciting day for Square Enix Collective – we’re now offering the first three Eidos IPs for independent developers to pitch on in the shape of “Gex”, “Fear Effect” and “Anachronox”; as yesterday the haunting point-and-click adventure “Goetia” became the third project to successfully hit its Kickstarter goal with support from our talent-finding platform.”

“New project pitch submissions are reopening today for the first time since closing a few days into 2015, due to high demand – and for the first time developers will be able to submit game ideas for projects set in the Gex, Fear Effect or Anachronox worlds.”

And here is a gameplay trailer for Groetia.

“I’m excited to see what talented teams might do with any one of Gex, Fear Effect or Anachronox IPs. We’ll monitor the response carefully before deciding which IPs to release next,” said Phil Elliott, project lead on Collective.

In case you forgot, the last game in the Gex series, Gex 3: Deep Cover Gecko, was relesed way back in 1999 for PS1 & N64 (there was also a Game Boy Color version). It was re-released for PlayStation Network in 2009.

“And it goes without saying that we’re delighted for the whole Goetia team, as they become the latest member of the Collective family alongside Moon Hunters and Black the Fall in hitting their funding targets.”

Here is a trailer for the aforementioned Moon Hunters:

“We first announced we’d be opening up Eidos IPs for developers to pitch on, with our initial announcement of Collective in November 2013. Since then we’ve worked hard to establish the Collective platform as a viable place for small teams to build awareness for their ideas, and then for the community to feedback – and vote on those projects they’d potentially back through crowdfunding.”

And a trailer for the aforementioned Black the Fall.

“News that Goetia, from French developer Sushee, passed its $30,000 target was a catalyst to open up the Eidos IP.

To date 36 original game ideas from teams in 17 different countries have been published on the Collective Feedback platform.
A detailed explanation of how the process of pitching on the Eidos IPs is available in a blog post on the Collective website.”

Last but not least, here is a Let’s Play video for Anachronox, a PC RPG game from 2001.

About Square Enix Collective
Square Enix Collective is a platform that aims to help independent developers find an audience for their projects, by enabling them to tap into our community and media resources. Projects which gamers support through the initial Feedback phase may be offered continued support through crowdfunding too; but developers are free to choose whether to accept, and always retain IP and complete creative control over their projects.

Here’s the Fear Effect Wallpapers image gallery.
Click on any of these image thumbnails to see the full-size photos: 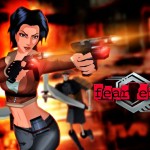 Hana is ready for action! 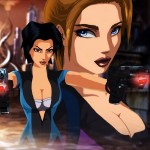 
I am super, super excited about this news.

As stated above, I was a huge fan of the original Fear Effect, and I own both the original game, and Fear Effect 2: Retro Helix, in complete form for the PS1 (I’ve yet to play the second game despite owning it. I need to do that).

I’ve long wondered why the franchise was allowed to just linger, because it had so much potential and such an interesting world and characters. Same with Gex, and with Anachronox (the latter of which I am completely unfamiliar with).

Hearing that Square Enix is going to allow Indie Developers to tackle any of the above franchises with Square Enix’s input (who bought out Eidos’ and all their IP’s in 2009, which included Tomb Raider, Hitman, Just Cause, Gex, Fear Effect, Anachronox and others) is an absolutely best-case scenario as far as I’m concerned.

I think it will take an Indie Developer to do the series justice, because they will have the passion for Fear Effect that it takes to reboot the franchise. As whoever wins this battle of the IPs, will have to show that they are true, diehard fans.

Either way, I absolutely cannot wait. Gex is another interesting franchise that I think could be a huge hit with a modern revival. So it’ll be very interesting to watch how this develops!

Which IP are you most excited about seeing revived? Gex, Fear Effect or Anachronox?