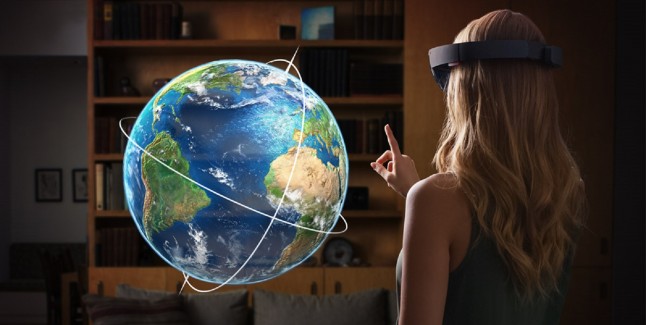 Microsoft has announced Hololens, an Augmented Reality Hologram Headset that serves as a standalone platform itself (“Windows Holographic”), similar to Virtual Reality headsets like Oculus Rift but wholly different; It does not require a PC, tablet, or any other device to use it; although it’s part of the Windows 10 Platform.

Check out the trailer for Microsoft Hololens, which will give you an idea of how it can be used. Yes, that means Minecraft IN your livingroom!

For those who haven’t heard about it yet, Microsoft Hololens is an all-new platform. It is not for PC or Xbox One or Xbox 360 or Microsoft Surface or a cellphone or tablet, it is its own computing device with its own unique development tools, input devices, etc. that is unlike anything else the world has seen before.

Here’s the Hololens Mirosoft image gallery.
Click on any of these image thumbnails to see the full-size photos: 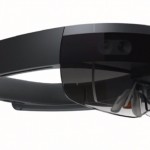 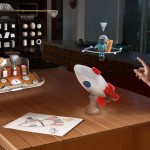 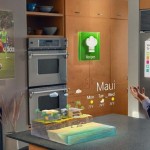 Using Hololens in the kitchen. 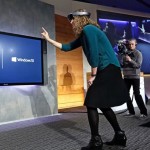 This is how you look to others using Hololens… 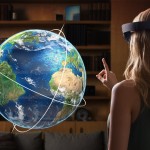 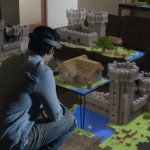 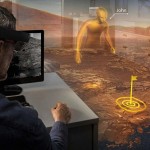 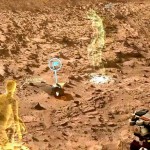 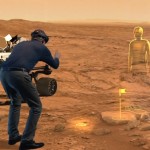 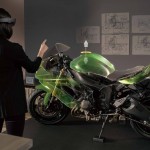 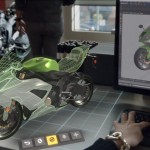 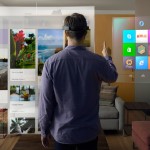 Or just use Hololens to watch Netflix from bed! 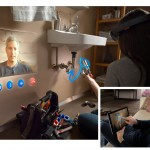 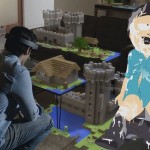 
While the world is now familiar with how Virtual Reality headsets work, Hololens is a completely new device. This is NOT “Virtual Reality”, it is “Augmented Reality”.

So what is “Augmented Reality”, you ask? Using Hololens, holographic polygonal 3D objects and images are projected out in front of you and overlayed over the real world you are standing in… So you see them just like Tony Stark does in the Marvel Iron Man films… where you can move and manipulate the objects projected in front of you using your hands, voice, etc. 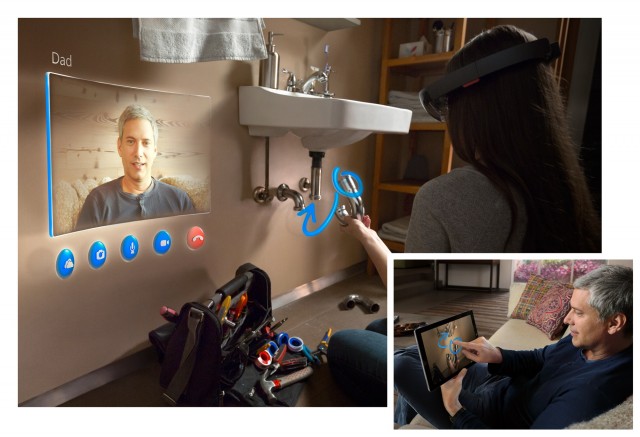 Only you can see the objects however, no one else can see them; unless they are staring at a screen streamed from the device like a tablet (which is possible), which allows them to see or even interact with the same things you are seeing.

It’s really not… Check out how Hololens is looking to redefine the way people create art with this video of a Hololens program/app called “HoloStudio”; which allows you to create art in a 3D space overlayed across the environment you are in! Amazing!

As you can see, just as Microsoft states, the Hololens Headset will allow creators and artistic people to interact with art in all-new ways, allowing them to not only paint and sculpt three-dimensional objects in ways that we’ve only seen in movies… But by interacting with other high-tech devices, like 3D Printers, you can bring your sculpted creations to life in ways never before imagined.

Microsoft refers to this new experience as living “beyond screens”, to quote: “We’re dreaming beyond virtual worlds–beyond screens”. 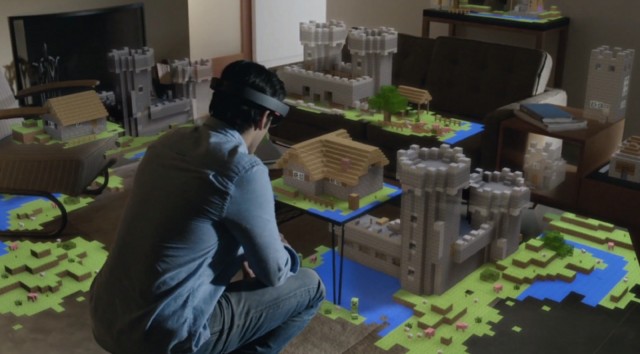 With their ultimate goal being to blend the digital & real worlds together to create a wholly new way to experience technology. And it is mightily impressive indeed.

But how will Hololens change the game for gamers? Enter: Minecraft. 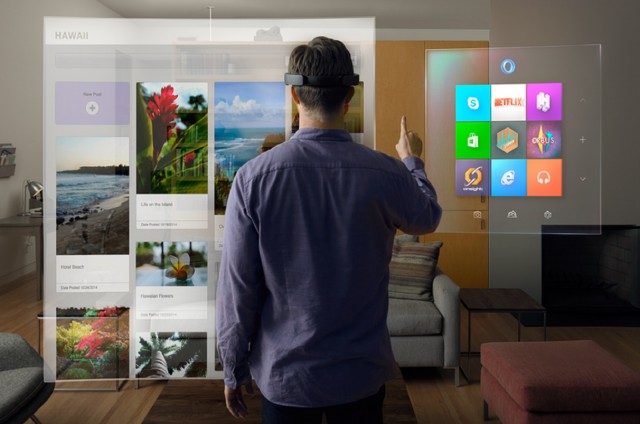 Or just use Hololens to watch Netflix from bed!

Microsoft, who you will remember now wholly owns Minecraft (which they purchased from Notch for $2.5 billion in cash in November of 2014); made good use of that property by demonstrating how it can allow gamers to interact with videogames in all-new ways via Augmented Reality technology and Holograms.

In the Minecraft demo, your created world is layed out across the room you are in, allowing you to “lord over it” like Godzilla, and interact with it in ways that aren’t possible in the normal game by seeing your entire Minecraft world laid out before you…. across your living room table!

Check out this video of IGN’s Alaina Yee (@morphingball), who got to play with Hololens herself and checked out the Minecraft, and other, demos.

Other than the HoloStudio art demo and the Minecraft demo, two other demos were shown that gave us an idea of the many applications you could use Hololens for.

One of them is a lightswitch demo in which a person, via skype (whose holographic conversation video window is shown within your field of view) can see exactly what you are seeing and can instruct you on how to fix something in realtime. 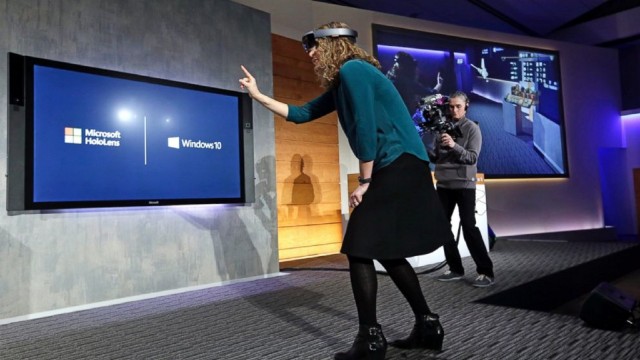 This is how you look to others using Hololens…

So whether it’s how to replace a lightswitch, or how to fix a broken sink pipe, Hololens could greatly help in this area because the person on the other end are able to see exactly what you are seeing, and then are allowed to draw on your view and interact with your holograms.

So for example they could draw arrows, showing you which way to turn a pipe, or they could draw circles around which wires to avoid touching. You can easily imagine how this could have realworld applications. Instead of trying to tell you how to do something over the phone without being able to see what you are seeing, your dad could, say, instruct you on how to fix the car, and do so by actually drawing over your view…. Incredible stuff! 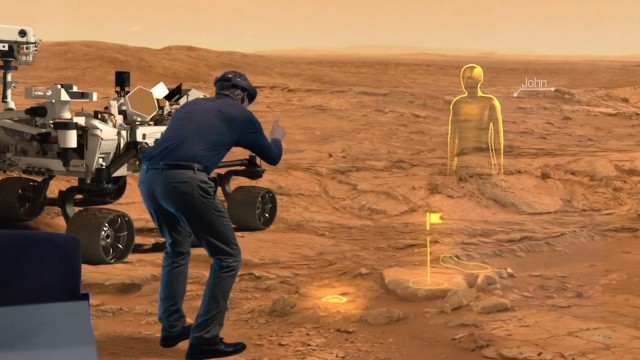 Another demo was the Mars demo, wherein you could virtually explore Mars, laid out before you! This demo was said to be mighty impressive, and Microsoft announced that they are already working with NASA in allowing astronauts and scientists to use Hololens for all-new ways and means of research!

As you can imagine, all of these applications could greatly help in many areas: from Astronauts and Engineers, to Mechanics and Artists, to Teachers & Students; who will be able to show and interact with say, their class, in whole new ways. 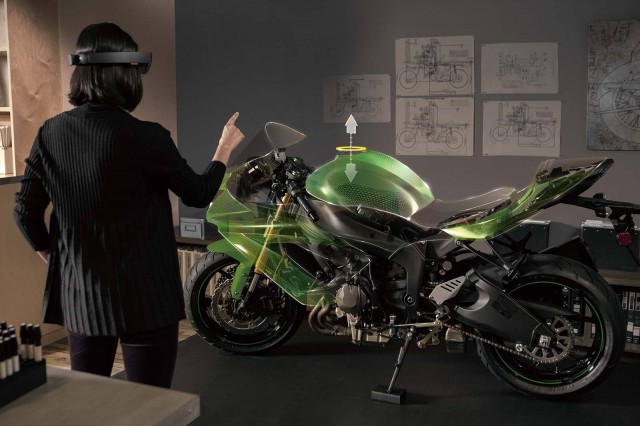 The possibilities are truly endless and very exciting; and Microsoft promises that this is only the very beginning, as they seek out developers to work on new projects that will really blow the lid off this new technology.

We will surely see more of Hololens at E3 2015 in June, and see more videogame applications or interaction with Microsoft’s Xbox One system in the future.

Here is a final promotional video on Hololens from Microsoft.

According to Microsoft, Hololens is “the most advanced holographic computer the world has ever seen.”

Fully untethered, the Hololens headset features see-through HD holographics and spatial sound, allowing the user wearing the headset to hear sounds all around them.

Additionally it has advanced sensors built in to the headset that allows the Hololens to capture all sorts of environment information, and via its built-in GPU & CPU, use that information to project polygonal objects across the space you are in; across your realworld environment. 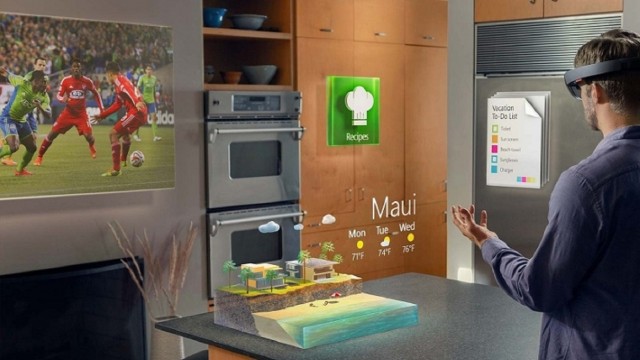 Using Hololens in the kitchen.

Microsoft insists that even though this is “yet another headset”, the Hololens is a whole new type of platform and isn’t meant to directly compete with Oculus VR and other headsets.

“Oculus, Magic Leap, Glass-developers and everyone else, we humbly invite you. Come create holograms with us,” spoke a Microsoft representative. 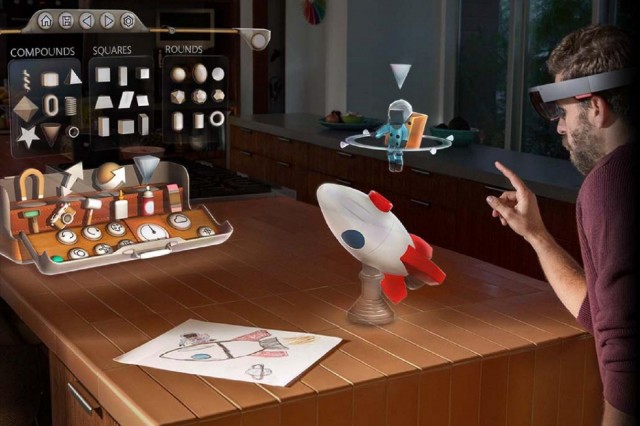 Overall I am super, super excited for Hololens.

Up to this point I haven’t been very amped about the whole Virtual Reality wave.

To me, having to wear a headset kinda makes the whole thing silly and too much hassle. I already wear glasses, normal glasses, and those damn things are annoying enough.

Now THIS is something I can get excited about.

As cool as Oculus and the rest are, having to physically move your head to use those devices just sounds like a recipe for disaster IMHO.

And even though Google Glass already came and went (essentially), this looks like a HUGE step up into another dimension entirely.

I can just imagine way more interesting and awesome uses with this than I can with the other headsets.

It’ll be very interesting to see where all this technology leads in the future. 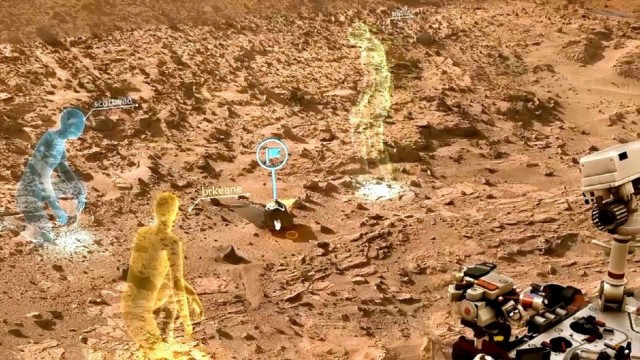 What did you think of Microsoft’s Hololens?