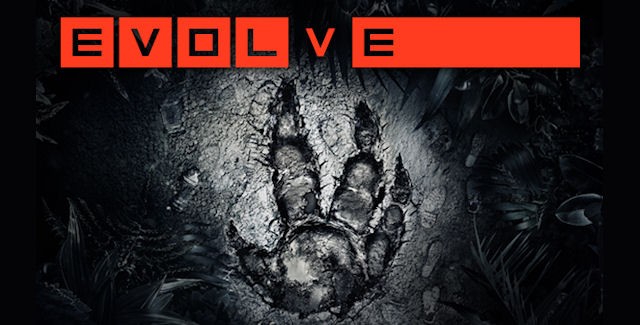 This is it – the last stand. Winner takes all. If you’re playing from the Hunter perspective, you’re desperately defending the Evacuation point. As a Monster, you’re leading hordes of Goliath minions as you attack the Evacuation point in waves. Will the Monsters break through and destroy everything? Or will the colonists get away in time?

Hunters need to defend the generators and fuel line for the duration of the timer. As each generator falls, it takes longer for the fueling process so more time is added onto the clock. Barriers will also drop, allowing entry into the next area. With each generator a set number of sentry turrets are available for slight defense against the Monsters. If hunters are incapped and picked up during the game they will incur a strike and have a lower maximum health pool. If they die at any time in game, they will respawn on a 30 second dropship that will remove all their strikes and restore them to full health. Monsters, however will not have any means to regain lost life.

Waves of two minions will periodically charge towards the generator in a mindless rage enough to ignore most attacks for a while and focus on the generator, but they may eventually switch targets when enough damage is done to them. You can use these attacks to your advantage. If you can delay hunters to fight you away from the generator, while your minions destroy it they will make progress on it.

Try to kill only two hunters at a time and when a dropship is coming in, kill another two hunters. This will keep them at half strength during fights. Be wary, however that you aren’t losing too much life for this, because the respawn timer is only 30 seconds, and they will respawn with no strike penalties.

Sentry turrets are stationary targets and will damage your minions and you if within close range. Take them out as soon as possible to keep your minions alive longer.

There will always be some wildlife available in areas where the generator is still active. Consider falling back every once in a while to regain armor, but watch the clock because you will lose it the timer counts down to 0.

Mobile arenas can play an important role in defend mode to lock down minions and the Alpha monster from reaching the generator.

Trappers and their crowd controlling effects should make use of their equipment to slow down the monsters progress towards the generator while the hunters focus fire them.

Keep an eye out on the respawn timer. Although it takes 30 seconds to respawn and more to jump out, you won’t have any strike penalties, but the monster may try to keep a handful of hunters in rotation alive.

It may be viable to go right after the monster if you can kill it fast enough. Watch your timer and generator health to decide if it is the right time to execute such a strategy.

Only the Alpha monster will focus on sentry turrets, so be aware that they may become the Alpha’s focus at some point.

It’s a race for the Monster to eat enough within the environment to evolve to stage 3, and find the power relay on the map to destroy the objective. All along, the Hunters and Monster play cat-and-mouse, hoping to kill for a quick victory.

After that first victory, players continue the fight to one of two adjoining territories, voting on location and mode.

Nest mode is has the Monster player protecting its brood, randomly scattered all over the map, while the Hunters are out to scramble some alien eggs. If the Monster is able to get to the eggs, it has the option to hatch one of them into a minion – a stage 1 Goliath that runs around, aggro-ing Hunters. Hunters win by destroying all the eggs and the minion, or killing the Monster.

Several eggs are scattered around the map. The monster can hatch an egg, but only have one minion out at any given time. If all eggs and minions are destroyed or the Alpha monster is killed, the hunters win. If the timer runs out or all the hunters die, the monster wins.

Unscrambled Eggs:
Don’t hatch eggs right away. As soon as they hatch, the minion will go straight for the hunters, so you need to be ready to fight with the minion before hatching it.

Watch your eggs. If you get too caught up in the fight with hunters, they could be distracting you while 1 sneaks off to break one of your eggs. They may also try to spread out far enough that they can stall for reinforcements should you take 1 down.

While minions are capable fighters, they won’t last very long alone against a competent team of hunters focus firing them down. Minions will get in the hunters face and use abilities to disrupt them. Use their attacks as a distraction to pick off an isolated hunter, or combine attacks to deliver more damage to a single target that the minion is focusing down. Fighting with a minion is always more beneficial than fighting without one.

Minions have a one track mind to kill and zone into hunter positions like Daisy does to find monsters. They won’t retreat, so when they move in, you have to move in with them, or lose an opportunity to fight with a secondary monster.

Pay attention to what the hunters are doing. Smart hunter players might try a range of strategies to win this mode, so you have to be wise to what they are doing.

If hunters want to fight the player monster early and treat it like a hunt match, you can keep delaying the hunters, allowing the countdown to run out and win.

If they spread out to try and take multiple eggs down faster, it makes them weaker to fight against a monster and will try to delay you while their team takes on the rest of the eggs.

Consider baiting your eggs. Hunters may ignore you as they fire on eggs. This could allow you to focus down key hunters like medics that sustain the team. If you can incapacitate one or knock them away from an egg, long enough to hatch your egg, you will have wasted all their effort to destroy the egg that you hatched into a minion.

The monster will win if he kills the hunters or stalls the hunters until the timer runs out. Running out of time is a very viable victory condition for monsters, so keep your eye on the clock and the egg count. You want to have enough time to destroy the eggs.

As soon as an egg hatches, you know that a minion is coming for your team like Daisy when she hunts for the monster. A player controlled alpha monster is sure to follow.

If the monster engages but runs around a lot or doesn’t hatch a minion early, take it as a sign it is distracting you or trying to feel out the hunters threat level of whether or not he needs to call in a minion for reinforcement.

Fighting an Alpha and a minion is always a tough fight. Minions are generally easier targets, so try to remove it from the fight first, while evading as much damage from the Alpha’s attacks.

Eggs don’t fight back. Sometimes if the monster comes in while you’re shooting an egg, it may just pay off to ignore the Alpha and target down the egg.

Distracting the monster with a member of your team, while others hunt down eggs, is a viable tactic, but your team may still be much easier for a monster to take down faster.

If you fight as a team, fight to make progress by destroying eggs or killing the monster. If you scatter your team, use delay tactics to stall for as much time for your team to destroy eggs.

Injured colonists trying to escape the Monsters are placed randomly on the map. Hunters need to locate, revive and protect them as they make their escape. Monsters need to munch on as many of these colonists as possible and keep them from getting away. Whoever saves – or kills – the majority of the colonists, wins.

There are three waves of survivor rounds. The first two waves spawn two survivors each. Hunters need to escort them to a rescue point then hold the position for survivors as dropship gets signaled in to arrive and provide evac. Throughout these waves, the first team to score five survivors (either escaped or killed) wins.

It is viable to let hunters save the first wave of survivors and position yourself close to a central location that lets you get to the next spawn location as it may be too risky to engage at stage 1.

Survivors are always easier targets than hunters. Consider focusing them down while hunters focus on you.

Humans that are getting healed and shielded while incapped, can prevent a monster from killing it, so it may not be worth it to attack incapped survivors while hunters are shooting at you. Consider getting out of their line of fire, letting hunters other than Lazarus revive them so that they incur a strike, and then incap them again. 3 strikes and they’re out without a Lazarus device.

If Lazarus is in the game, he can become the monster’s bane, so either eat survivors or take him out of the equation. He isn’t invincible, but you should not ignore him.

Pay attention to the survivors. The monster is likely going to focus them down since they are easier to kill than a hunter. You only need 5 to escape and win.

Survivors will automatically head for the evacuation point once the drop ship has arrived. Distracting the monsters while they run for it, is a viable tactic. This makes the mobile arena extremely useful if survivors are outside of its 60 meter radius when it comes down to lock the monster in.

If a monster is beating down on an incapped survivor do what you can to inflict as much damage to monster health as possible, while keeping the survivor alive. Make it cost the monster for having spent the time to take one of the objectives.

Thanks to Turtle Rock Studios & Ghostrobo for the walkthrough videos.