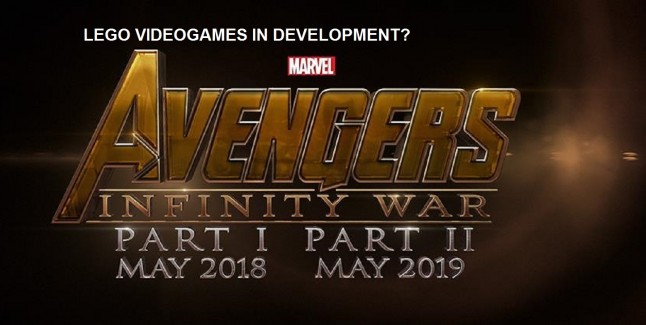 There’s an interesting line in the press release for the upcoming “Lego Marvel’s Avengers” videogame that releases later this year, and is based on the upcoming 2015 Avengers: Age of Ultron film, as well as 2012’s “The Avengers” film; allowing gamers to experience both films in one game package.

But that’s not all…

“Avengers Assemble! Experience the first console videogame featuring characters and storylines from the blockbuster film Marvel’s The Avengers and the much anticipated sequel Marvel’s Avengers: Age of Ultron, AND MORE.” (emphasis, ours)

Why does the press release say “and more”?

What could “and more” possibly mean, when there are only two Avengers movies, both of which are already covered in Lego Marvel’s Avengers (Avengers 1 & Avengers 2: Age of Ultron)?

Does this mean that hints are going to be dropped regarding Avengers Infinity War Part 1, and Infinity War Part 2? This two-part Avengers 3 film sequel is already being filmed, with the first film set to hit on May 4th, 2018 and the second film arriving on May 8th, 2019?

If Lego’s Marvel’s Avengers Videogame will be foreshadowing or giving players a taste of what they can expect in the next two Marvel Avenger films, then it only stands to reason that Traveller’s Tales is already on the case and is probably already developing tie-in Lego Avengers videogames for Infinity War Part 1 & Infinity War Part 2; given that this game exists as part of the promotion for Avengers: Age of Ultron.

While it’s certainly all speculative at this point, it is not at all beyond the realm of reason.

Is TT Games already on the case for Lego Avengers: Infinity Wars for May 2019? Four years from now.

Or could the “And more” be referencing something else entirely? Like simply extending the play experience to the greater Marvel comic universe and not limiting themselves to the Marvel Cinematic Universe as seen in Avengers 1 & Age of Ultron the films, in keeping with the previous game, Lego Marvel Super Heroes?

Tell us your opinion on this Lego Avengers: Infinity Wars game in the comments below!