Does Splatoon Have Good Character Customization?

Does Splatoon offer good character customization? Nintendo’s colorful online Wii U third-person shooter will be released this May, and Nintendo has shown off how players will be able to customize their characters and purchase new gear. We also discuss the new single-player reveal.

Check out the newest footage of Splatoon in this video, which shows the new online HUB area, how the Weapons work, and lots of gameplay footage!

As explained in the video, players will start out in a HUB/Lobby area where they can interact with other online players from MiiVerse (exactly how wasn’t detailed).

Here’s the Splatoon image gallery.
Click on any of these image thumbnails to see the full-size photos: 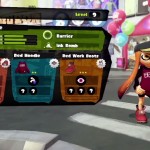 Customize Your Character With Gear 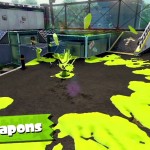 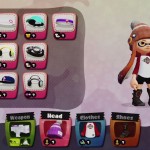 Your Inventory. Change Gear in the Plaza Hub 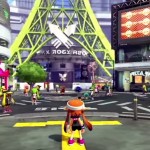 Interact with others online in the Hub. 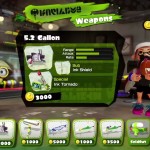 
You can then enter a tower that allows you to go into the online multiplayer proper.

Playing matches in multiplayer will earn you in-game money that you can spend customizing your character at the various shops found in the HUB Plaza. There’s a Weapon Shop run by a “Militaristic Crab” and a Headgear Shop run by a “shy Sea Anemone”.

A Clothing Shop and a Shoe Shop will also be available.

Interact with others online in the Hub.

And while in the Hub Plaza, you can select between all your purchased Gear to change your setup as you see fit.

For Weapons, players will select three total: A Main Weapon, a Sub-Weapon and a Special Weapon.

Many of these are shown in the video above, including awesome Aerial Barriers that protect you against flying ink, and a “water sprinkler” that shots ink out all around it! 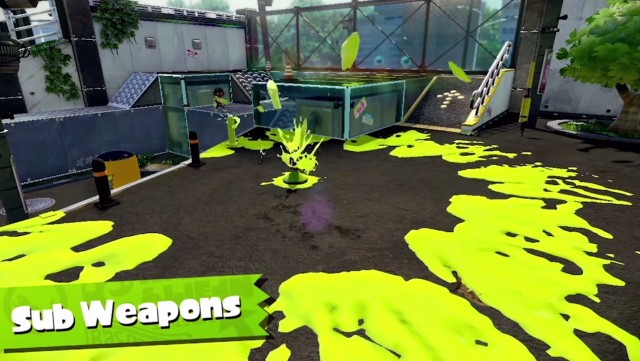 You can also see the different types of weapons in the above video, from Machine Guns to Sniper Rifles to Bazookas, and get a look at some of the very cool Sub-Weapons, like the aforementioned Barrier & Sprinkler, as well as a Force Field. Changing Gear will increase your stats, including your Strength & Speed! Or you can simply aim for cosmetics. 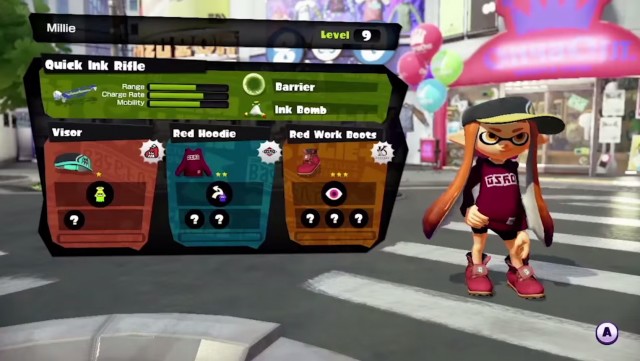 Customize Your Character With Gear

And in case you missed the trailer for the Single Player Mode of Splatoon where you face off against hordes of evil Squid and solve incredibly awesome puzzles & platforming challenges, give this video a look!

Splatoon is shaping up to be one HECK of a game!

That single-player mode looks absolutely insane. I love everything they are doing with Splatoon, and it looks like players are going to have a wealth of content to keep them interested.

It’ll be most fascinating to see how Splatoon fares in the marketplace once it releases in May.

Will it be a huge blockbuster? I certainly hope so.

If it is, it could really encourage Nintendo to hand off more time and development power to their younger staff (who wholly created Splatoon) and allow them to experiment with even crazier ideas! If Splatoon is the first of the youngin’s new and crazy ideas, I can’t WAIT to see what else they can come up with!

It’s worth noting that Splatoon represents Nintendo-proper’s first new IP since the GameCube’s Pikmin way back in 2001! Not including games like Wii Fit, Wii Sports & Wii Music, all created by Nintendo mastermind Shigeru Miyamoto. 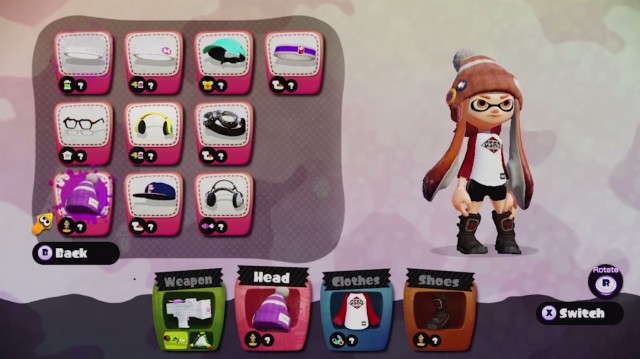 Your Inventory. Change Gear in the Plaza Hub

Are you excited about Splatoon?!