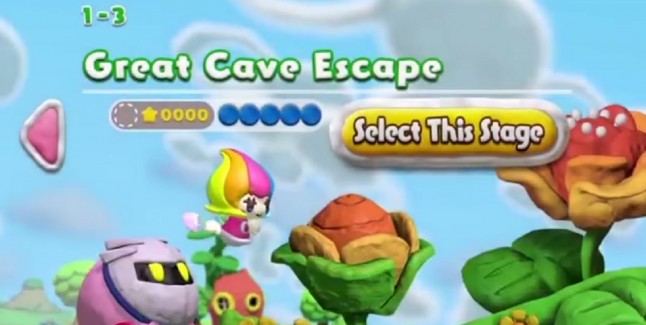 The Kirby and the Rainbow Curse release date is February 20, 2015 in America, with a third or fourth quarter 2015 release for the game in Europe/Australia and the rest of the world.

Check out this Nintendo Direct footage of Kirby And the Rainbow Curse with the Amiibo Support in action.

Kirby and the Rainbow Curse, called “Touch! Kirby Super Rainbow” in Japan and developed by HAL Laboratory, is the sequel to the oft-forgotten DS title “Kirby: Canvas Curse”, often cited as one of the best Kirby games, one of the best games in the “Touch Generation” DS line of titles, and one of the best games that most people have never played. A truly underrated hit.

In that game, like in this new Wii U version, you had to control a rolling Ball Kirby by drawing lines to guide him using the bottom touchscreen on the DS. For this new version, you use the Wii U GamePad, and the graphics have been replaced with beautiful, aesthetically-pleasing clay-based textures that makes everything look like it’s made out of clay!

Kirby has also gained some interesting new powers, including the ability to use Amiibo figurines from the Super Smash Bros. line of Kirby characters, like King Dedede, Meta Knight & Kirby, to power yourself up and gain some new temporary abilities that can be used once a day.

Here is much more information on Kirby and the Rainbow Curse, including the four-player multiplayer cooperative mode where three players take control of Waddle Dee’s, and a fourth player uses the GamePad to play as Kirby!

Nintendo promises that Kirby and the Rainbow Curse will be packed full of content, like Trophies & Music to unlock, and tons of hidden items to find. Just like any good modern day platformer. 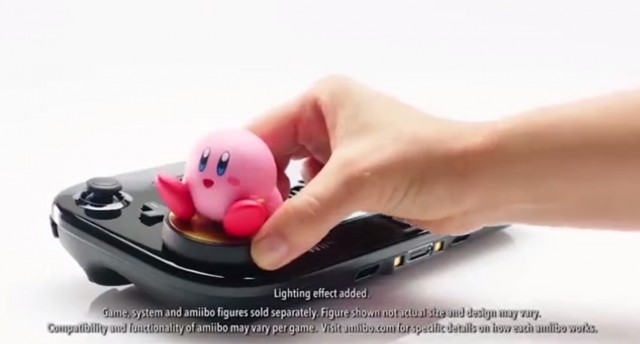 Kirby And the Rainbow Curse demonstrates exactly why people love Nintendo so much. This is the sequel that no one asked for… But once you see it in action, how could you deny how fun and awesome it looks?

It looks absolutely fantastic! I never got around to playing the DS version, it’s still on my “must buy one day” list.

But this new game will definitely go a long way in introducing a whole new generation of players to the joys of Ball Kirby!

Are you planning on buying Kirby and the Rainbow Curse next month?

Tags: Kirby and the Rainbow Curse