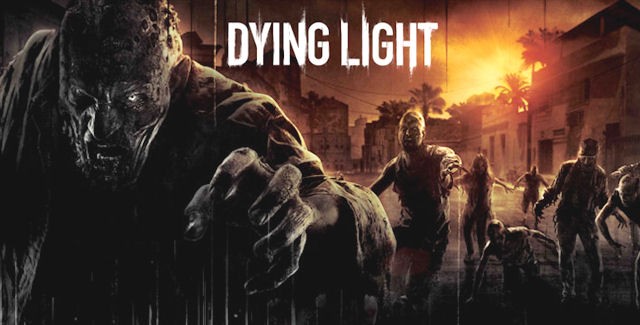 The Dying Light trophies guide lists every trophy for this PS4 survival-horror game and tells you how to get and unlock them.

In the Dying Light trophy guide we’ll show there are 51 Trophies (9 Hidden) that can be earned in the PS4 version. Earn Bronze (38), Silver (10), Gold (2), and Platinum (1) Trophies to increase your Gamer Level.

1. We’ll talk about it next time I see you. (Platinum) — Get all game trophies

2. The Whole Story (Gold) — Finish all side quests.

4. We’re All In This Together (Bronze) — Save 15 survivors from zombies

7. I’m a Runner and a fighter (Silver) — Complete 15 Agility or Power Challenges

15. Is It Really Necessary? (Bronze) — Kill your first Infected

The easiest way to get a group of zombies to be simultaneously shocked with electricity is to make them gather in a puddle of water next to an electrical switch. Jump on top of a building or dumpster and use firecrackers to get the attention of the zombies in the area. Throw the firecrackers into the pool of water in order to make them stand inside. Once 5 of them are standing there, jump down, interact with the switch, and fry them! Trophy unlocked.

A very easy way to get this is to climb up a fence or building at day (because enemies cannot follow you there) and throw Molotovs or Grenades at groups of Zombies. It also works quite well with guns, especially if you do headshots. Go to the location shown in the video and there should be a street full of Zombies and at the side of the street is a fence that you can climb. Craft Molotovs and throw them into the crowd until the trophy unlocks.

Keep in mind that there aren’t quite as many Zombies spawning in the early stages of the game. If that’s the case for you, then either throw firecrackers to attract more Zombies or return later on. This spot also works after beating the story.

18. This is Harraaaaan! (Bronze) — Kill 100 enemies by kicking them off the rooftops/cliffs.

This video guide shows how to kill a Volatile:

In order to do this you well need Molotov cocktails and possibly firecrackers. You will also need to unlock the skill that allows you to kick zombies. This can be done anywhere on the map.

Once you’ve found some spikes, you’ll need a zombie to come near them. Once they are close to the spikes, throw a Molotov cocktail close enough to them to light them on fire and quickly run up to them and kick them (using LB) into the spikes. Once they become impaled, the trophy will unlock.

22. A Game of Catch (Bronze) — Kill 50 enemies with throwing weapons

When you find an Electric Fence Trap, throw some firecrackers in it to lure nearby zombies directly into the trap! – Maniacal laughter as you do so is optional.

This video guide shows how to easily kill 25 zombies with Electric Fence traps.

25. Blinded by the Lights (Bronze) — Blind 25 Volatiles with flares or a flashlight

Dying light lockpicking requires lockpicks which you can craft or purchase. Successfully lockpick 10 locks to earn the open sesame trophy, as shown in this video guide.

37. It’s All In the Writing (Silver) — Find all text collectibles

39. Polyamory (Bronze) — Complete 5 quests in a single co-op game with the same 3 partners

Sprint at a group of zombies. Then while having any level wrench equipped, Vault-jump over an enemy and while in the air do the Drop Attack execution move with the wrench to kill an enemy.

41. Gabriel’s Sword (Bronze) — Add a fire elemental effect to a sword or a khopesh

42. A Long Way Down (Bronze) — Jump to the water from the Infamy Bridge (Slums) at night

You can do this very early on in the game, but it is recommended that you have unlocked the safehouse where the character is located in the screenshot below: (The bridge is marked using the waypoint). It will also help to have some Agility upgrades in order to make your way across the bridge more easily, and you should have a medkit available just in case you need it.

Once at the safehouse above, climb up the radio tower and use the bed to fast forward to night time. With the bridge marked on your map using a waypoint, you’ll want to come down the tower and go for the bridge. Make sure to stay on high ground so that you don’t end up under it. Once on the bridge, just keep running forward until you reach the end and then sprint off to fall into the water below. Make sure to not jump off the sides or you may hit land instead of water. It is best to avoid the volatiles that will show up on your mini-map and you will probably want to use cars and buses on the bridge to stay above the zombie horde and avoid a fight with them. Once you reach the end of the bridge, run off and it will unlock when you hit the water. You will want to swim to shore and head back to a base if you want to keep your survivor points.

43. Flight of the Crane (Bronze) — Jump from the Crane

45. Snake in the grass (Bronze) — Escape the arena

Special thanks to Techland, Maka, PS4Trophies & Powerpyx for the list, tips & guide videos.

Please comment if you have any Dying Light trophy unlock tips of your own. Kudos will be given. – Thanks for visiting!