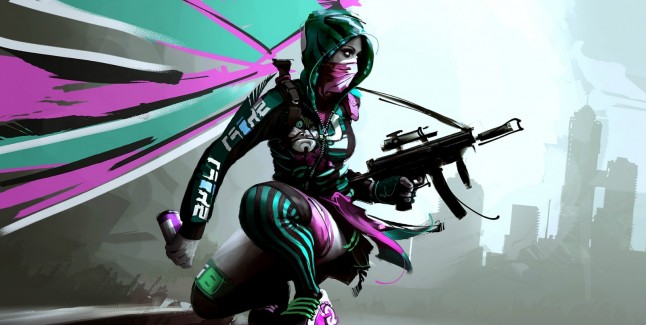 All Points Bulletin: Reloaded for PS4 & Xbox One (aka APB Reloaded) has been announced by Deep Silver, The Workshop Entertainment & Koch Media, from developer Reloaded Games; and is a 2015 console version of the popular MMO online multiplayer 3rd-Person Action Shooter for PC.

It will be Free-to-Play on consoles just like the relaunched version of the PC game. – It was originally a paid game when it debuted in 2010; but in 2011 it was relaunched as F2P with the “Reloaded” moniker.

Here’s a trailer for APB Reloaded:

It is set to launch in the second quarter of 2015 for next-generation consoles; and represents another MMO for consoles which is becoming a popular trend, following the announcements/releases of games like Final Fantasy XIV: A Realm Reborn, The Elder Scrolls Online: Tamriel Unlimited Edition & the upcoming Dragon’s Dogma Online.

APB was created by David Jones, the original creator of Grand Theft Auto & Crackdown, so fans of action games will definitely want to give it a look; and should be very happy that they can do so freely from the comfort of their own living room couch with this upcoming release.

APB will be completely free-to-play, but will support paid microtransactions, as while players can earn items in game for free, they also have the option to purchase in-game gear, items, vehicles and customizations intended for their characters to specialize in particular play styles.

APB Reloaded puts you in the near-future urban cityscape of San Paro where you pick one of two factions: “Enforcer,” to uphold the city’s martial law, or “Criminal” to cause maximum mayhem across the city.

In addition to its challenging and immersive gameplay, APB Reloaded features one of the best and most extensive character and vehicle customization systems available in any modern MMO.

The game is driven by PvP experiences where up to 100 customized players (up to 50 vs. 50) can participate in real time missions across San Paro.

The PC version of APB Reloaded has been installed and played by over 5 million PC gamers since its December 2011 re-launch.

Klemens Kundratitz, CEO of Deep Silver/Koch Media GmbH, says: “APB Reloaded has become a phenomenon on the PC with a very passionate and faithful community. We are really thrilled to help Reloaded Games and The Workshop bring this fantastic world to life on the new generation consoles.”

Bjorn Book-Larsson, CEO of Reloaded Games, says: “Over the past year it has been great working with Deep Silver and their experienced publishing teams from the Saints Row, Homefront and Dead Island franchises, as well as with the veteran development team at The Workshop, led by great members of the original Tony Hawk, Call of Duty 3, Borderlands 2: Mr. Torgue’s Campaign of Carnage and The Evil Within teams, and getting their deep insight into how we can best transform APB Reloaded into a great console experience.”

Peter Akemann, CEO of The Workshop, says: “On a technical note, because APB is such a technically complex game, featuring thousands of destructible objects and heavily customized players and vehicles in every scene, we are thrilled to help make APB a reality on these brand new high performance hardware platforms.”

I remember hearing a lot about this game way back before it launched. It was considered a big deal & “the next big thing”, but it completely fizzled & quickly died out and the company went belly-up soon after it hit…

However it apparently has been somewhat of a success since it went free-to-play and relaunched at the end of 2011, with over five million players.

Glad to see it’s still around and people still get enjoyment out of it.

Will you be checking APB: Reloaded out on next-gen consoles?