Well, as you can see, you’d get stunning masterpieces of Zelda & Final Fantasy design!

Note the subtle change in Final Fantasy VII‘s logo, where the meteor has turned into The Devil Moon from The Legend of Zelda: Majora’s Mask!

You also get Link & Zelda from The Legend of Zelda: Skyward Sword hugging in a replication of Final Fantasy VIII‘s iconic Squall & Rinoa logo.

Best of all however is the INCREDIBLE rendering of The Legend of Zelda: Link’s Awakening‘s Wind Fish leaping over the Sleeping Egg atop the mountain in a majestic spin on Final Fantasy XIII‘s logo!

The artist goes by the name “Shattered Earth”.

She is selling prints of all the above logos which you can buy for $15 each, or together as a bundle with all four Final Fantasy Zelda Crossover logos for $45! They’ll go on sale next month (February 12th, 2015).

Here’s another one of her amazing pieces, this time Pokemon, which she drew in celebration of Twitch Plays Pokemon. 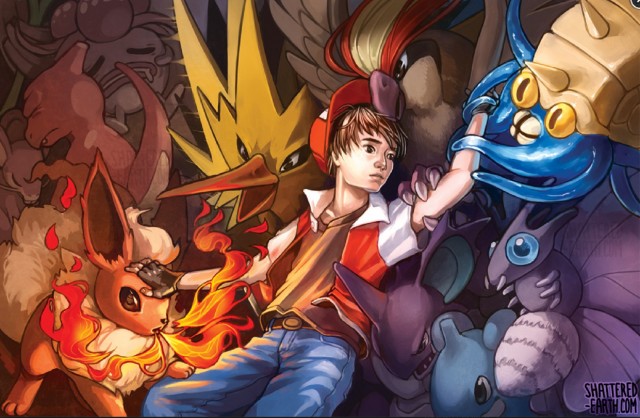 Be sure to check out her other work on DeviantArt, check out her website store (where she has lots of other cool videogame art for sale!) and her Tumblr! And buy her stuff if you like it! Tell her VideoGamesBlogger sent you! 🙂

Which of the Final Fantasy/Zelda Crossover Logos is YOUR favorite? I’m partial to Link’s Awakening, so the FFXIII Wind Fish logo is my favorite by far!

Here’s the Zelda vs Final Fantasy logo crossover ShatteredEarth image gallery.
Click on any of these image thumbnails to see the full-size photos: 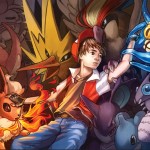