Dragon’s Dogma Online, a free-to-play MMO of Capcom’s first open-world RPG, Dragon’s Dogma (a Japanese RPG meant to compete with the likes of the West’s Skyrim & Dragon Age), has been announced for PlayStation 4, PlayStation 3 and PC in Japan. No Western date has been revealed, but the game was just announced via Famitsu.

Given the popularity of Dragon’s Dogma, a game that has sold over a million copies worldwide and was the fastest-selling new IP of the last console generation in Japan; it is almost assuredly going to be released in the West.

Since Dragon’s Dogma was a big seller on Xbox 360 in the West, I also wouldn’t be surprised if Capcom announces an Xbox One and/or Xbox 360 version to go along with the PlayStation platform releases when it officially announces the English version of the game.

In Dragon’s Dogma Online, players take on the role of an Awakened in the new land of Lestaria.

You’ll be able to adventure with four-player parties (if you prefer to play solo, you can take three AI pawns with you), as well as chat, form parties, and spend free time in town lobbies with up to 100 people. There will also be a “Quick Matching” feature. 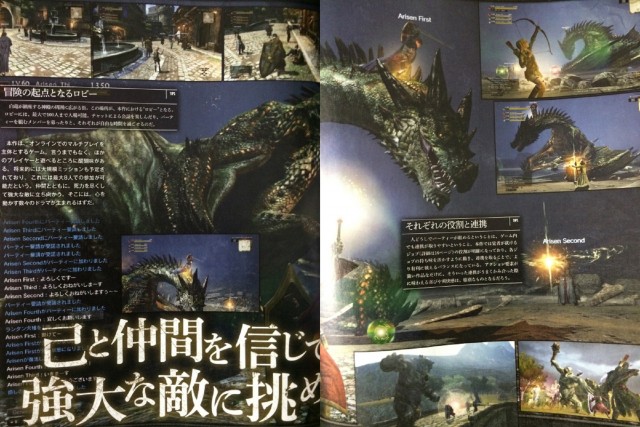 As for jobs, those currently confirmed in the game include the Fighter, Hunter, Priest, and Shield Sage. Players will be able to change their jobs whenever they like, as well as the jobs of their pawns.

Character creation has seen an upgrade. The number of sections and parts you can edit has been considerably increased. Crafting mechanics are also present. Pawns can make things like consumables, weapons, and armor. Pawns can also work together to shorten crafting time and increase overall build quality.

The game is open-world, and that open-world will be expanded little-by-little via large-scale updates launched seasonally. Bigger missions where up to eight players can participate are implied to be coming in one of these updates. Time-exclusive quests are also planned.

The 2015-due game will be a free-to-play action title with item micro-transactions for PlayStation 4, PlayStation 3, and PC. It’s produced by Minae Matsukawa, directed by Kent Kinoshita, and executive produced by Hiroyuki Kobayashi.

In an interview with Famitsu, producer Matsukawa and director Kinoshita share the following comments:

* Development started with the basic desire of taking Dragon’s Dogma and making it playable in an online environment.

* The game couldn’t be made in tandem with Dragon’s Dogma: Dark Arisen and was therefore pushed back.

* Capcom contemplated a monthly fee, but chose free-to-play in the end in an attempt to get more players to try it out.

* Though paid items are present, the game will still feel like a proper Dragon’s Dogma game.

* The game world will initially be the size of what players have come to expect from previous games, but will expand over time to be three times larger in scope.

* Parties are formed in the lobby, after which players depart for the field.

* An effort has been made to emphasize the strengths and traits of individual classes, but it’s not balanced so strictly that players need to be super meticulous about party makeup.

Capcom producer Yoshinori Ono also adds that the game’s development is benefiting from the cooperation of Sony Computer Entertainment.

Thanks to gematsu for the press-release translation into English.

Glad to see Capcom expanding the Dragon’s Dogma universe. My brother absolutely adores Dragon’s Dogma and likes it more than any other open-world game including The Elder Scrolls & Dragon’s Age. He says that I will love it too once I try it out. But I’m still not a fan of open-world gameplay, loot, or vast customization…

The last comment there, about Capcom benefiting from the cooperation of Sony, may mean that this will end up being an exclusive to Sony platforms even if it comes to the West. Although I supposed that depends on how involved Sony Online Entertainment really is in the game’s development.

If that indeed means the game is stuck on Sony platforms and doesn’t get an Xbox One or Xbox 360 release in the West, then this will be another pretty big exclusive in Sony’s camp, and another pretty big loss for Microsoft considering how many players, like my brother, experienced Dragon’s Dogma on the Xbox 360.

Are you excited about Dragon’s Dogma Online?

Here’s the Dragon’s Dogma Online image gallery.
Click on any of these image thumbnails to see the full-size photos: 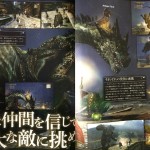