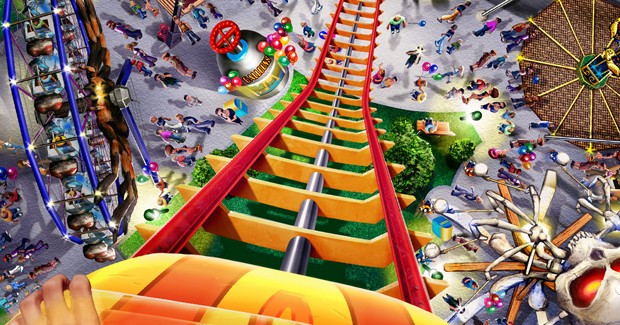 Strategy fans will be happy to hear that “Coaster Park Tycoon” is in development as the newest game in the park-building “Tycoon” series by developer “Frontier”, for release on PC in 2016. This title joins other “rollercoaster” games already in development like RollerCoaster Tycoon World & ScreamRide.

This will run as a second franchise alongside continued development of its existing self-published Elite: Dangerous title, and marks the next stage in Frontier’s transition towards increasing its proportion of self-published revenue.”

Coaster Park Tycoon
“Frontier became the acknowledged leading developer of Tycoon games for its work on the RollerCoaster Tycoon franchise, particularly its development of 2004’s 10 Million unit-selling PC game “RollerCoaster Tycoon 3″ which is still considered the benchmark of the Tycoon genre, more than ten years after its release in 2004.

Coaster Park Tycoon, scheduled for 2016 release on PC, is intended to raise that benchmark for ‘Tycoon’ gameplay even further by combining accessible creative features with a sophisticated simulation.”

Operations Update
“With its business emphasis now on two major self-published franchises, Elite: Dangerous and Coaster Park Tycoon, Frontier is re-focusing its development activities in Cambridge where the expertise in these franchises lies. Development roles are being moved from Halifax, Nova Scotia to Cambridge, and the overall staffing mix will be changed to match the needs of these two projects. 15 content creation roles have been made redundant in Cambridge (from 281 total headcount), while Frontier continues to recruit in areas such as game and technology programming, server and web front end development.”

Jonny Watts, Chief Creative Officer of Frontier Developments, said:
“Coaster Park games appeal to a great many people, as proven by RollerCoaster Tycoon 3. It is a field for which Frontier has unparalleled expertise and immense passion, and one to which we have long wanted to make a ‘no-holds-barred’ return. We want Coaster Park Tycoon to be another major step forward for the simulation genre, and sit alongside Elite: Dangerous as a second major self-published franchise.”

I’ve never been much of a strategy games fan, so this news doesn’t do anything for me. But I know that the Coaster Tycoon games are big on the PC and lots of people love them, so it’ll be interesting to see where they take the franchise with this newest entry.

Are you excited to hear more about “Coaster Park Tycoon”?