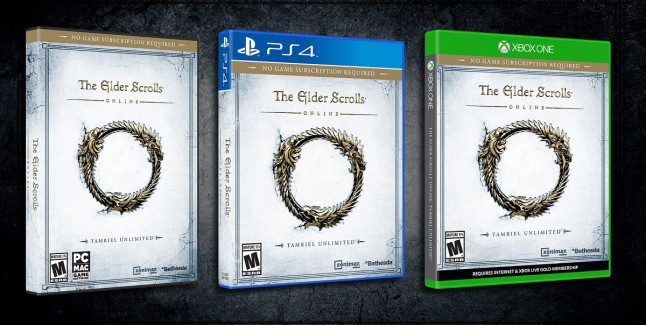 The Elder Scrolls Online PlayStation 4, Xbox One release date is June 9, 2015 with the all-new “Elder Scrolls Online: Tamriel Unlimited Edition”. This marks the first time next-gen consoles will get a formerly pay-to-play MMO; although it is now going free-to-play for all versions including the already released PC game! 😀

For the first time in history, players will explore the legendary world of Tamriel with their friends on console. In the latest and biggest Elder Scrolls game ever made, nicknamed “ESO”, players will be able to adventure alone, quest with friends, or join an army of hundreds in epic player vs. player battles as they explore and discover the secrets of a persistent Tamriel.

Here’s the Elder Scrolls Online image gallery.
Click on any of these image thumbnails to see the full-size photos: 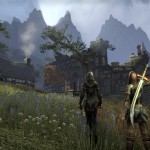 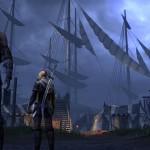 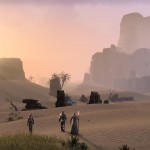 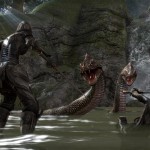 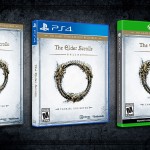 
The Elder Scrolls Online: Tamriel Unlimited players will no longer be required to pay a monthly game subscription for extended play.

Players will make a one-time purchase of the game and can then enjoy hundreds of hours of content without the requirement of a monthly game subscription fee when The Elder Scrolls Online: Tamriel Unlimited becomes available on console in June and beginning March 17th for PC/Mac players.

The Elder Scrolls Online: Tamriel Unlimited includes all the great gameplay from the original PC/Mac game, plus all the updates and content additions, including the exciting new Justice and Champion systems. 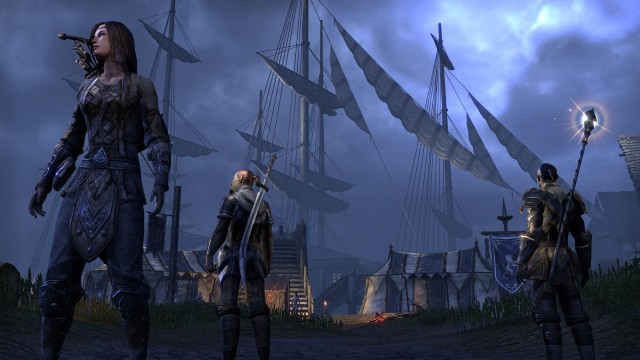 All existing PC/Mac game accounts, open or closed, will be updated to the Tamriel Unlimited edition in March and former players will be invited back to the game at that time to experience all that is new in the world.

New players will make a one-time purchase of the game and play, without restrictions, for as long as they like – without game subscription fees.

Tamriel Unlimited will be supported with special, optional downloadable content available for purchase and an in-game Crown Store for convenience and customization items. Regular updates and new gameplay will be offered to all players to enjoy free of additional charges. 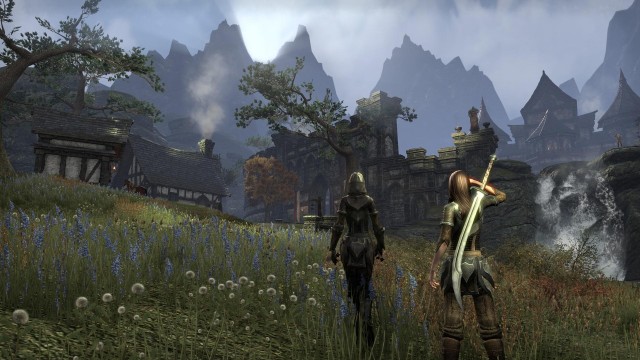 In addition, Bethesda will offer “ESO Plus” to players who wish to pay a single monthly charge for a premium membership service, providing exclusive in-game bonuses, a monthly allotment of crowns to use in the store and access to all DLC game packs while a member. PC/Mac players with active subscriptions on 17th March will be automatically enrolled into ESO Plus and begin enjoying its membership privileges.

“Our fans are our biggest inspiration, and we’ve listened to their feedback on the entertainment experience they want,” said Matt Firor, Game Director of The Elder Scrolls Online. 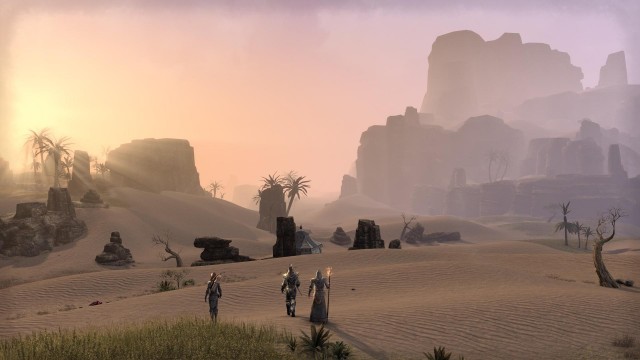 “We know that Elder Scrolls fans want choice when it comes to how they play and how they pay, and that is what they will get. We have made numerous changes to the game over the past year, and are confident this is a game that Elder Scrolls fans will love to play. Players can explore Tamriel with friends, battle creatures, craft, fish, steal, or siege. The choice is theirs.

The game offers hundreds of hours of gameplay with unlimited adventures with one single game purchase. We can’t wait for everyone, whether they’ve played before or will be experiencing it for the first time, to begin adventuring in The Elder Scrolls Online: Tamriel Unlimited.” 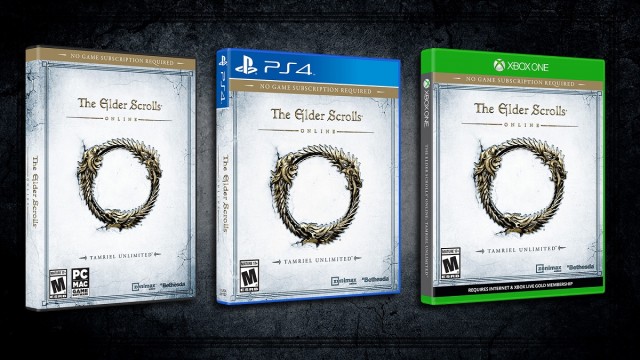 Well David didn’t seem to get very far…. ESO appeared on the scene, and disappeared into a puff of smoke as fast as it had came… cursed to wander the halls along with Star Wars: The Old Republic, enjoying a Milk Bar chocolaty beverage as they convesated about what could have been…

Thankfully, now that ESO is coming to consoles, and as the FIRST high-profile Massively Multiplayer Online Role-Playing Game to do so, I expect that there will be a huge influx of renewed interest in the game. 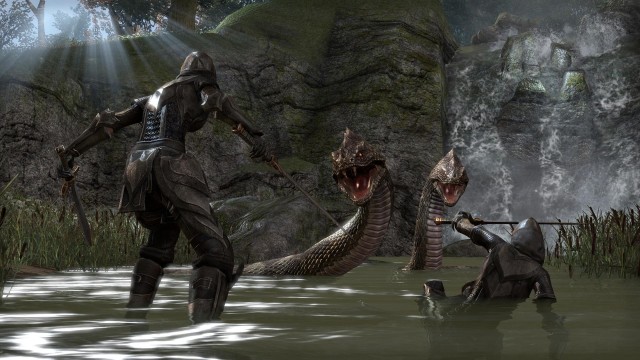 And now that it is free-to-play, I expect that hundreds if not millions of Elder Scrolls fans may be diving in for the first time… Many of whom loved Skyrim & Oblivion, but don’t play PC MMO’s. So this console version is a true win-win.

I’m still moderately interested in The Elder Scrolls Online, even though I have still NEVER PLAYED an MMO. This may be the year where I give several of them a shot… and Elder Scrolls Online just shot up my list now that I know I can play it on console; which is my preferred platform. So good on Bethesda for recognizing this. Hopefully all the other still PC-only MMO’s, most of which are also free-to-play, follow-suit.

Now where the HELL is the console version of World of Warcraft? Console gamers have been waiting for over a decade, get it done already! IT PRINTS MONEY!

Will you be diving into the world of The Elder Scrolls Online this June for the first time when it hits consoles? Or are you already a fan of the PC game?