How To Unlock All Assassin’s Creed Unity: Dead Kings Outfits 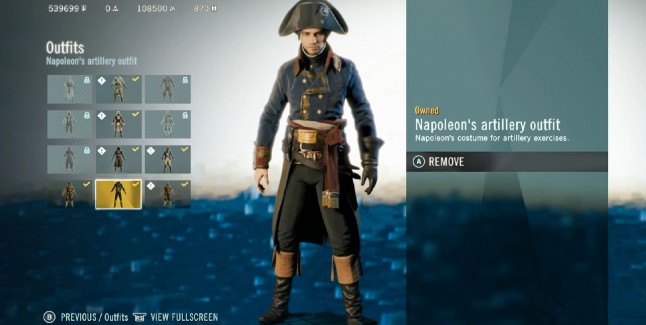 Let’s take a look at all four Assassin’s Creed Unity: Dead Kings outfits AKA alternate costumes AKA character skins in the game.

How To Change Outfits In Assassin’s Creed Unity: Pause the game, from the pause menu select “Character Customization”, then go into “Gear Loudout” and “Equipment”, finally followed by the “Outfits” section. 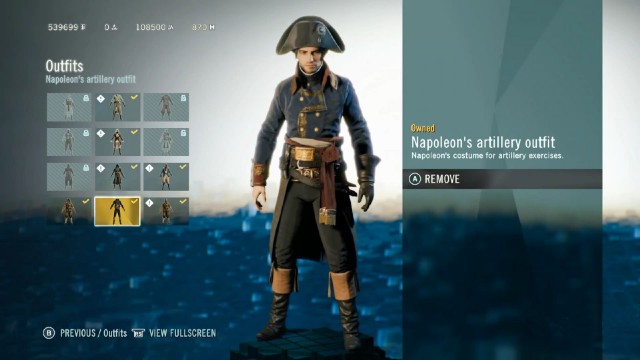 How To Unlock Outfit #: Find all 26 Napoleon Bicorns collectibles in each of the game’s 6 districts. They are all shown on your map, so they are easy to find (go to the bottom of this page for a video guide). While tracking them down, do keep an eye out for city guards and other enemies. 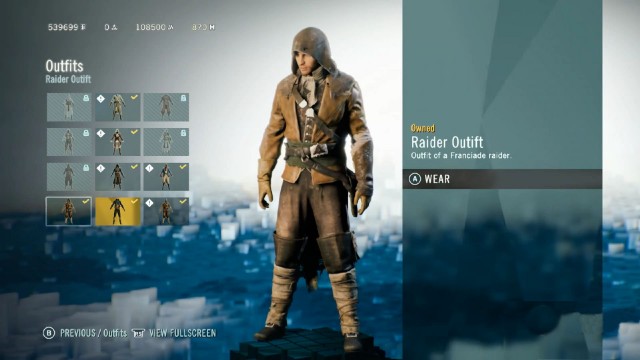 How To Unlock Outfit #: First sign up for the initiates program at acinitiates.com to gain access to new in-game unlocks. When you’re signed up and go back into the game, you’ll be able to unlock these new Initiates chests.

Secondly, you’ll find one such chest in “Sequence 13 – Memory 5: Under Lock and Key” when your objective is to “Sneak to Napoleon’s chest”. Once you’re in the room where Napoleon’s chest is, look to the right of that chest to see the yellow sun symbol hovering above another chest, which is the Initiates chest. OPen it to find the Raider Outfit inside. 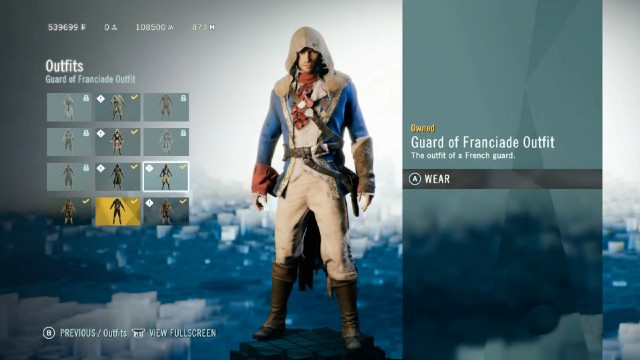 • Guard of Franciade Outfit: The outfit of a French guard.

How To Unlock Outfit #: First you’ll really want to register for an acinitiates.com account, so you can find this second Initiates chest (with the circled sun symbol above it) in the Dead Kings DLC.

Secondly, you’ll need to go underground in the Royal Crypt district to find another Initiates chest. In the dark back room, take out the Raiders or just the Raider Leaders and walk to the south-side wall. Then you’ll have free reign to easily spot the sun symbol of the chest in the back waiting for you to open it. 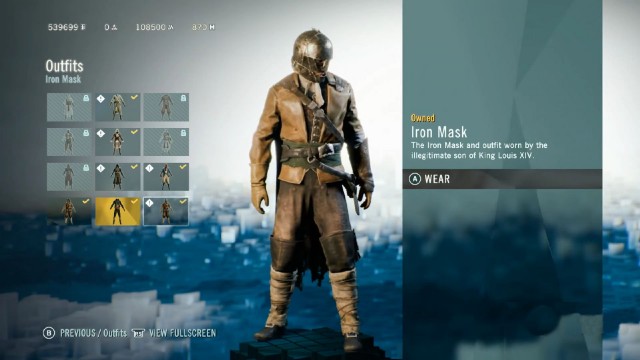 How To Unlock Outfit #: Start the “Stories of Franciade: The Eyes of the King” side mission, by finding and taking out the room full of enemies wearing big round iron masks. During this mission you must track down “A secret cult that operates underground, worshiping the man in the iron mask, hoping for his return.”

Outside you’ll find more men with iron masks. Steal the 3 Iron Keys from these masked men to gain entrance to the secret chamber, by following the map to your newly appeared “Investigate the secret chamber” objective. Said room is King Louis XIV’s hiding place, upon entering it the Iron Mask with accompanying outfit reward for completing this mission will appear on-screen.

See all new outfits in the Dead Kings DLC in action in this video guide:

Here’s the 26 Napoleon Bicorns locations guide to get the Napoleon Artillery Outfit:

And here are all 4 outfits in a row: 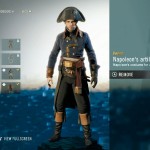 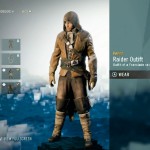 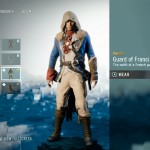 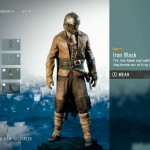 
Thanks to Ubisoft & John & COG for the outfit tips.

Do you know of any more Assassin’s Creed Unity: Dead Kings outfits? This should be all of them, but please leave a comment with a the tip for how to get it if there are more. We’ll update this outfits page and give you credit for the discovery!