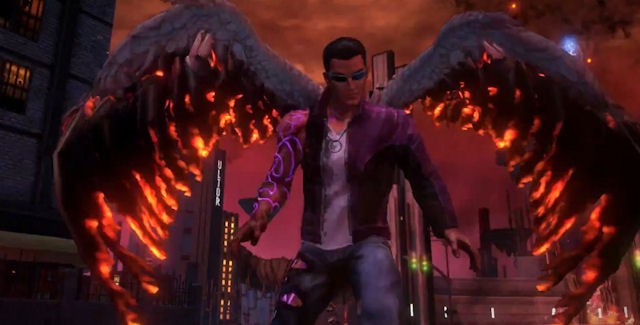 This video shows how to unlock all Superpowers & Upgrades by reaching Level 20:

The cheat lists below give you the cheat description, followed by the code to enter into the game.

Index of Saints Row: Gat Out of Hell Guides:

Important Update: The cheat code lists are ordered alphabetically & based off Saints Row 4 so will sadly only work in Saints Row 4: Re-Elected and not Saints Row: Gat Out of Hell. – Thanks to Julio & Wicasawakan for confirming there isn’t even a cheats menu in the standalone expansion.

First enter the Cheats Mode: To turn on cheat codes, you first have to be in-game. Then enter these codes as passwords into the “Extras” menu after you pause the game, then go to the “Cheats” menu, and by selecting the “Add Cheat” section. Once the code you want has been added, you can select it to active the cheat.

Cheats Warning: To confirm the game will ask you “Activate Cheat?” because using cheats prevents you from earning Achievements & Trophies and autosaves are disabled. DO NOT SAVE the game after turning on a code to avoid unforeseen problems during missions. Alternatively, on consoles it’s recommended you sign into the game with a second profile.

[This page is a work-in-progress: Please comment if you found any cheats that work]

These codes will unlock the best weapons in the game, including the Rectifier & Dubstep Gun:

Do you know of any other cheat codes in Saints Row: Gat Out of Hell? If so, leave a comment and we’ll update this cheats page and give you credit!
Thanks for visiting!