Xbox One Controller Update: How To Guide 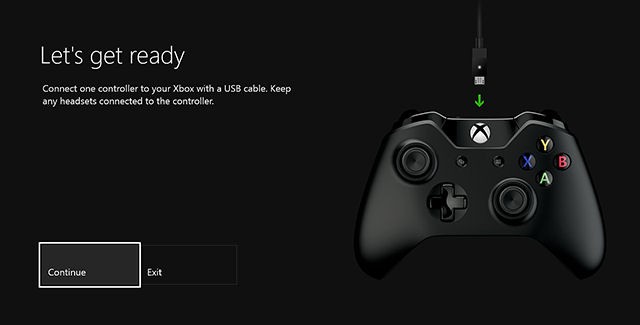 Here’s a video guide that shows how to update a Xbox One controller manually:

Follow these steps to update your controller to support the Xbox One Stereo Headset Adapter.

• Step #1: Make sure your console is on and you’re signed in and connected to Xbox Live.

Note: It’s important to connect to Xbox Live because your console will need the latest system update, which contains the newest controller software. If you’ve connected recently, your Xbox One is probably already up to date, but you should connect anyway just to be sure. If your console needs an update, you’ll be prompted to install one.

• Step #2: Plug the Stereo Headset Adapter into the bottom of your controller.

• Step #3: Plug in a headset (a headset must be plugged in so the adapter will turn on).

• Step #4: Plug the big end of the included USB cable into the port on the side of the console.

• Step #5: Plug the small end of the USB cable into the top of the controller.

• Step #6: Instructions to install the update should automatically be displayed. Follow the instructions, and don’t disconnect the USB cable while the update is in progress. (The process can take up to 3 minutes.)

If instructions to install the update are not automatically displayed, you can start the process manually. To do this, press the Menu button, select Settings, select System, select Update controller, and then select Continue.

• Step #7: When the update is complete, unplug the USB cable. If you have additional controllers to update, connect them now, one at a time, select the Update another button on the screen, and then follow the steps.

• Step #8: Press the Xbox button on the wireless controller to turn it on. Your controller is now up to date, and you’re ready to use your Xbox One Stereo Headset Adapter.

How To Find A Missing Xbox One Controller Tip:

I had to update my new Xbox One controllers today, so I thought I would share.

What do you think of the Xbox One controller so far?