How To Remove & Replace The PS4 Faceplate 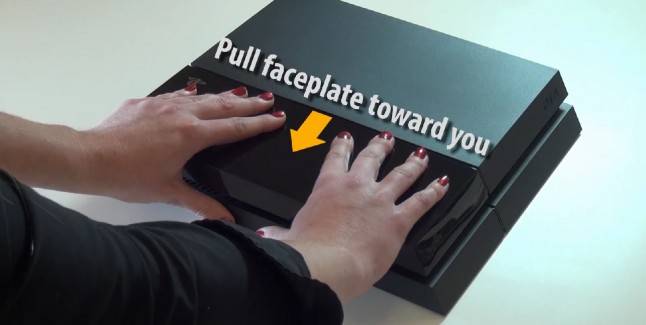 Did you know you could remove & replace the glossy PS4 faceplate on the top of the PlayStation 4 console? You can do this on every single PS4 console!

This video guide demonstrates how to remove and replace PS4 faceplates on a PS4 console:

• Step 2: Unplug the AC power cord from the wall and then disconnect all cables from the PS4 console. 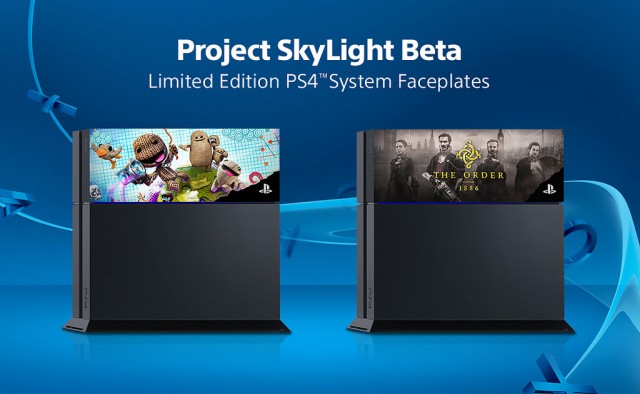 Where To Buy New PS4 Faceplates:

You can customize your PS4 console with “Project SkyLight Beta” collectible faceplates. Made in special Limited Edition designs and available for just a short time, these faceplates are the best way to personalize your PS4 system by adorning it with characters and/or logos of the video game(s) you love most.

Starting December 2014, you can choose from one of these Limited Edition Project SkyLight faceplates, each available for $25:

Click on each image thumbnail to see the bigger PS4 faceplate photos: 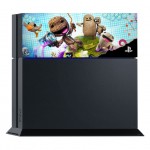 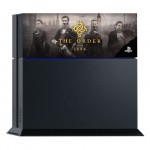 “Hello PlayStation Nation! We all love to personalize our consoles, and today, we’re kicking off a new initiative that lets you personalize your PS4 ? codenamed Project SkyLight. During this early preview of the project, we’re starting out with two limited edition faceplate designs, and we plan to have even more options to choose from when the program fully launches in the future.

We hope you’ll enjoy these [first] two custom faceplates. We are planning on launching new faceplate designs in the near future so check back often. We are also planning a few other fun enhancements to this personalization initiative and will have more to share soon.

We’d love to get your feedback on the designs you’d like to see as we work on ways to make your PS4 more personalized to fit your style. Let us know what you think below.”

Sony has confirmed that “New designs will be coming in the future, so make sure to check back in for the latest styles available.” Outside of these PS4 faceplates in the Sony Store available to gamers in the West, back in Japan way more PS4 faceplates have been made available by Sony (Destiny, The Last of Us & the rest in a PS4 Faceplates roundup) as well as Konami. But no word yet if those will ever be made available worldwide. Then again you might be able to import them easily in the near-future via Play-Asia.com or eBay sites.

For what games would you like to see a PS4 faceplate?