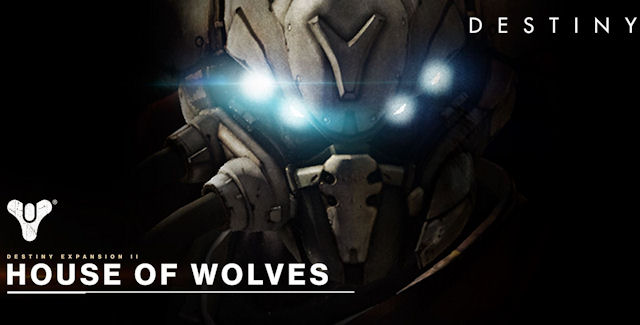 Bungie has confirmed the Destiny Expansion 2: House of Wolves release date arrives on May 19th, 2015 worldwide! After Destiny launched on September 9, 2014, the first DLC expansion The Dark Below took exactly 3 months to come out. Add in some extra development time and the second DLC expansion has now arrived after another 5 months.

If you want to play this second of the two announced big post-launch DLC Expansions, then you’ll need to buy the Destiny Expansion Pass. This DLC Pass for both Expansions is priced at $34.99, but you can buy them individually as well for $19.99 each (so the Pass gives a $5 discount). Or you may already have it if it comes included in your Destiny Collector’s Edition.

During development Bungie listed The House of Wolves update as an 9.5 MB DLC #2, but expect to download a few GB’s of new data to be able to play it.

In Bungie’s GDC 2013 Destiny panel, you can see how “Building a Brave New World” works:

While this video includes many main game (4 worlds) & DLC (3 more worlds) ideas that were in the works two years ago (and few that were thrown out). You should especially pay attention to the super interesting “Destiny World Pillar One” expanding world talk that starts at 06:06 minutes…

Click on a thumbnail in the gallery below for big artwork of your favorite Bungie picture: 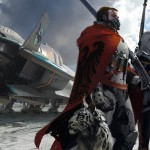 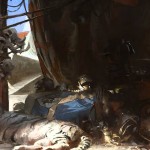 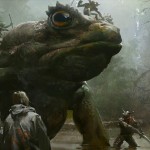 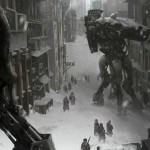 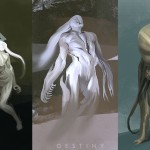 Give us some New Enemies to kill for a change 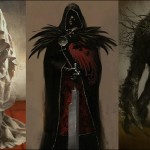 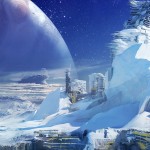 New Potential Location: There was a human colony on Jupiter’s icy moon Europa 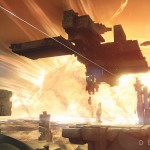 New Potential Location: Planet Mercury. There’s already a Crucible Map there that shows what the Vex machines did to the Garden Planet 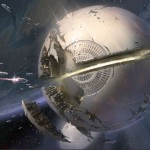 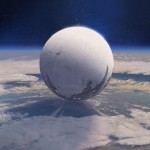 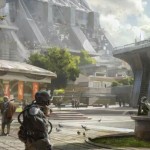 New Potential Location: Looking down on the city from The Tower isn’t enough. The last human city on Earth is begging to be explored 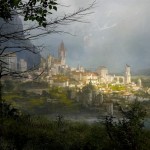 New Potential Location: A Valley City on Earth hidden away outside the protection of The Traveler 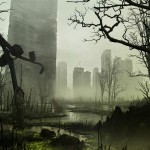 New Potential Location: Cut from the final game, this concept art of the Old Chicago City on Earth looked promising 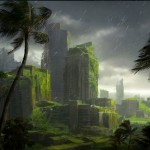 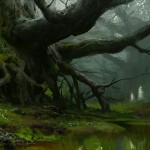 Recently the second expansion’s contents were leaked by a bug in game. There were mission markers for strikes indicating new story content on Earth (The Jovian Complex), The Moon (Dusk Warren, Traitor’s Ketch) and Venus (The Terminus). And of course the 2 new raids. Byf discusses the marked missions in this video…

Here’s a guide that shows you how to enter “The Terminus” on Venus, an area held off for the 2015 DLC “The House of Wolves”. Yes, thanks to Nowise10 you can explore it before release since it’s already in the game!

– Step 1: Start Patrol on Venus, and head to “The Citadel”.
– Step 2: Once at the Citadel, head in “The Juncture”.
– Step 3: Kill every enemy in “The Juncture”.
– Step 4: On the left wall, jump your way up using the Vex architect.
– Step 5: Once high enough up, jump into the center beam and land on the invisible floor.
– Step 6: Jump into the gravity lift, and explore “The Terminus”.

A similar jumping jack method can be used to get into the “Dusk Warren” & “Traitor’s Ketch” areas on the Earth’s Moon. RifleGaming explores these detailed new areas in the next video. Take a look:

The Destiny Expansion Pass expands the Destiny adventure post-launch with two expansions, which will both include brand new story missions, cooperative activities and competitive multiplayer arenas and a wealth of all new weapons, armor and gear to earn.

Destiny Expansion II: House of Wolves will feature the following:

Expand your Destiny adventure with brand new story missions, cooperative activities, competitive multiplayer arenas, and a wealth of all new weapons, armor, and gear to earn with the purchase of one of the following: Digital Guardian Edition, Limited Edition, The Ghost Edition, Standalone Expansion Pass.

Note: If you purchase the Limited, Ghost, or Digital Guardian Edition with the Expansion Pass, do not also purchase the standalone Expansions, as you will be charged for them. – Pricing and release dates may vary by platform.

Here’s a video with Bungie interviews about them building a 10-year universe:

Are you worried that not buying the DLC Expansions will leave you on the sidelines with nothing to do? Worry not.

According to Jonty Barnes, Bungie’s Director of Production, Bungie are “going to change the game after launch in a frequency that we think makes sense, and that isn’t going to be dependent on The Dark Below.”

He continued: “Already from the beta we learned about how to tune the players’ experiences to be better experiences. We’re going to continuously update the game from now until the end of time. That’s always going to be part of the philosophy of Destiny. We always wanted to build a new universe but keep building upon it, rather than to do a complete and utter restart periodically.” – Read the full interview on Joystiq.

Are you looking forward to Destiny’s “Expansion 2: House of Wolves”?