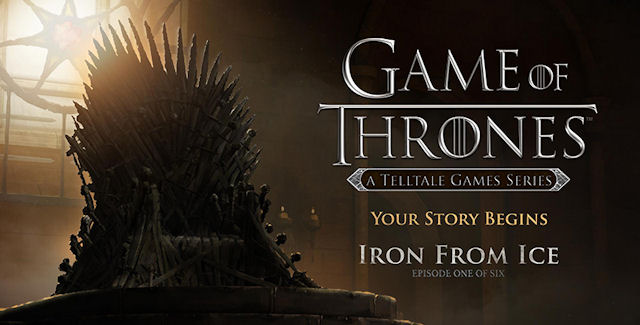 The Game of Thrones: A Telltale Games Series walkthrough for “Episode 1: Iron From Ice” will guide you through the beginning to ending moments of gameplay with strategy tips for this graphic adventure game on the PC, Mac, PS3, PS4, Xbox 360, Xbox One & Mobile.

Please note that viewers must be at least 18 to watch, so no harm comes to those with innocent eyes. This game includes Bad Language & Violence.

Index of Game of Thrones: A Telltale Games Series Guides:

Chapter 1: Through the Night

Welcome to the Game of Thrones: A Telltale Games Series walkthrough! Doug will be your voice-over commentator showing you around the game’s areas.

Chapter 3: A Long Road Ahead

Game of Thrones: A Telltale Games Series Walkthrough continues on Page 2 with Chapter 6: A Lord’s Depute.