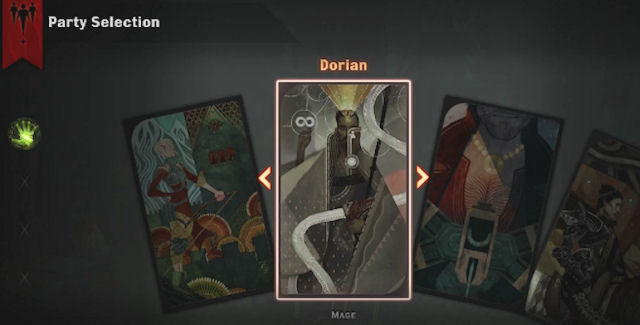 Welcome to our Dragon Age Inquisition Companions locations guide that helps you find the total of 9 Companions, also known as Followers in your Party, for the PS3, PS4, Xbox 360, Xbox One & PC action-RPG game.

The overview for all these in-game Companion locations is listed below.

You are The Inquisitor. You start the game with Cassandra, Varric and Solas as your three companions. Six more companions can be located on your travels.

Tip: Keep an eye on your quests journal for missions under The Inner Circle tab! These quests will lead directly to all 6 new Companions you can find in the game.

Where to find all Companions in Dragon Age Inquisition? The in-game locations for the Companions are described in this detailed guide with handy voice-over tips.

The Companions are listed in the video, with accompanying map locations, in the order that they appear chronologically throughout the first 10 to 12 hours of playtime in Dragon Age: Inquisition.

Timeline in minutes for the Companions Locations Guide:

How To Unlock Cassandra 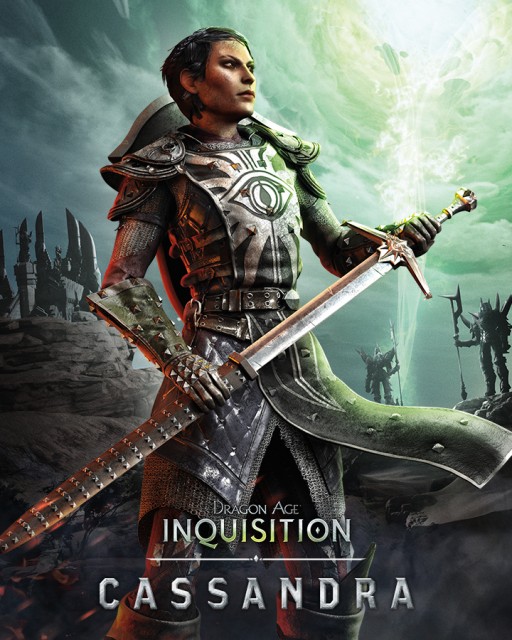 How To Get: Cassandra Pentaghast is a mandatory companion who joins you

How To Recruit: Cassandra Pentaghast is a mandatory companion and joins you in the story.

Bio: Though of noble birth, Cassandra Pentaghast turned her back on a life of wealth and privilege to join the Seekers of Truth. The ancient order serves as a watchful eye over corruption and magical threats, granted ultimate authority in its investigations by the Chantry—or it did, prior to abandoning their duty in response to the mage rebellion. Cassandra did not join her brothers in this, instead remaining loyal to Divine Justinia and her efforts to restore order in the face of chaos. She is both pious and driven, the sword in the right hand of the Divine, seeking justice above all else.

How To Unlock Varric 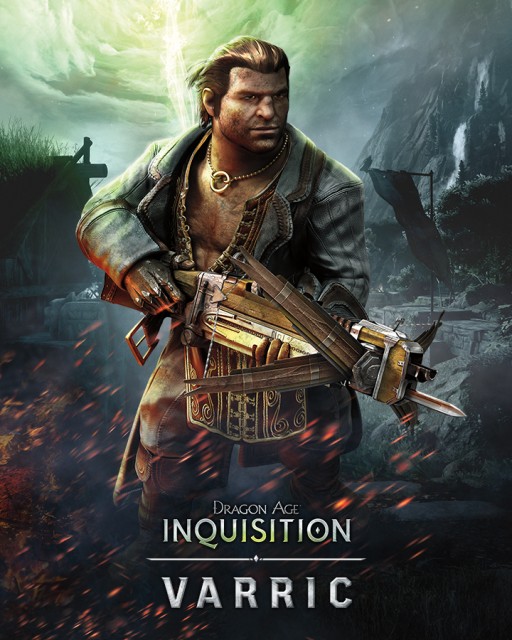 How To Get: Varric Tethras is a mandatory companion who joins you

How To Recruit: Varric Tethras is a mandatory companion and joins you in the story.

Bio: Varric Tethras is one part adventurous rogue, one part dashing storyteller, and three parts trouble. Born on the surface, Varric has little love for his underground brethren—all his contacts lie with the dwarves of the Merchants Guild, though he has little taste for their schemes. Still, he has found a place as an outsider, rubbing shoulders with both the wealthy elite as well as the worst of scoundrels. To hear him tell of it, that’s all he truly cares about, though anyone who truly knows him claims differently. They say that, try as he might, Varric has been drawn more and more into conflicts that shake the world—ones that he can’t get himself out of with a quick tale.

How To Unlock Solas 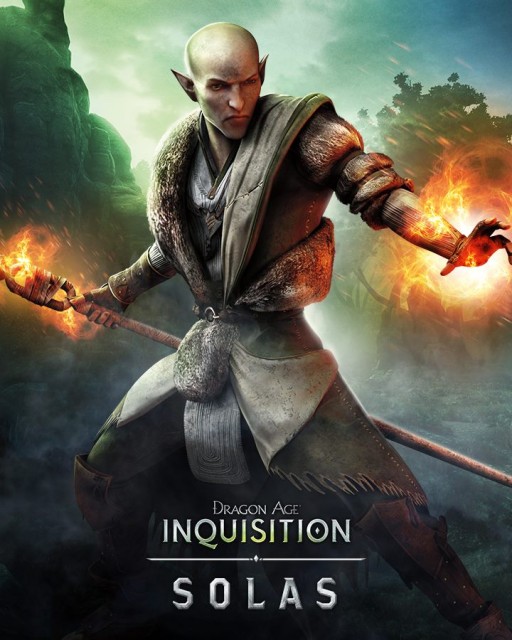 How To Get: Solas is a mandatory companion who joins you

How To Recruit: Solas is a mandatory companion and joins you in the story.

Bio: Solas has spent his life as an apostate, living in the wilderness well away from the civilized world and those who would shackle him for what he is. He mastered his magic without the help of tutors, spending years exploring the spirit realm of the Fade and coming to an understanding of its denizens that few others could claim. He would be happiest left alone to sleep in ancient ruins, searching for memories and knowledge that has been lost for ages, but the Breach in the sky threatens all worlds.

At a time when other mages flee into hiding, Solas has put his freedom at risk by emerging from the shadows to assist those who would combat the chaos. He will not stand idly by when his knowledge of the arcane could mean the difference between salvation and utter destruction.

How To Unlock Blackwall 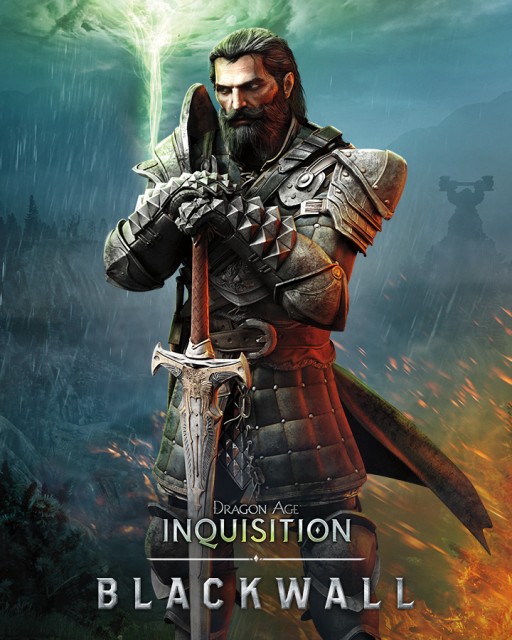 How To Get: During “The Lone Warden” Mission in the Hinterlands

How To Recruit: He is optional and can be acquired by going to the Hinterlands, during “The Lone Warden” Mission.

Bio: The Grey Wardens hold a lonely vigil, enduring lives of hardship and sacrifice to protect the world from an evil that can never truly be conquered. Few would volunteer for this: the suffering, isolation, and promise of a violent death. But the path of a Warden is also one of valor, and those who give themselves to the cause are rewarded with the knowledge that they have become something more than they were.

Blackwall is one of the rare few Wardens who chose, of his own accord, to pick up the shield. He believes so wholeheartedly in the noble ideal of the Grey Wardens that he would rather have this life than any other.

Video Guide: This video shows you where to find & recruit Warden Blackwall when and if you decide to complete the Side Quest: “The Lone Warden” by saving him from bandits. As well as some footage from first meeting Blackwall.

How To Unlock The Iron Bull 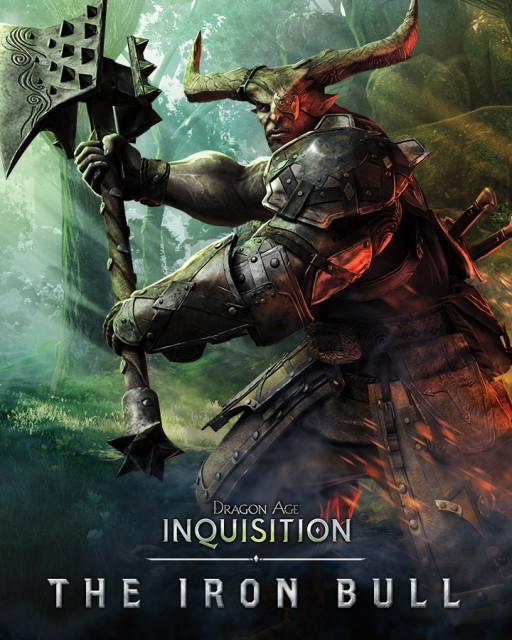 How To Get: During “The Captain of the Chargers” Mission in the Storm Coast

How To Recruit: He is optional and can be acquired by going to the Storm Coast, during “The Captain of the Chargers” Mission.

Bio: Qunari are known across Thedas as the brutal horned giants who descended from the north to nearly conquer the continent. These ruthless followers of a harsh philosophy enforce their will through the Ben-Hassrath: their spies and secret police. One brilliant agent did it all, hunting spies, rebels, and deserters until the day he finally broke. To preserve a valuable asset, his superiors sent him to Orlais to observe and report… and The Iron Bull was born.

Today, Bull’s Chargers are famous mercenaries, fiercely loyal to the huge Qunari warrior who leads them into battles and taverns with equal enthusiasm. The Iron Bull still sends the Ben-Hassrath reports, but years of living outside Qunari rules have him wondering which identity is really him. Whoever he is, he’s more than happy to join the Inquisition and get paid to kill demons.

How To Unlock Vivienne 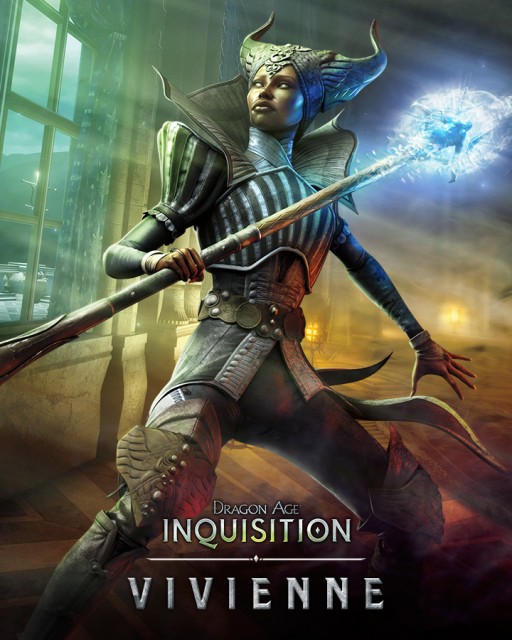 How To Get: Start the “Imperial Enchanter” Mission

How To Recruit: She is optional and can be acquired when you start the “Imperial Enchanter” Mission.

Bio: Referred to as Madame de Fer, “the Lady of Iron”, Vivienne lives up to her title. A leader among the mages and official enchanter to the Imperial court, she is renowned as a fearsome woman who achieved her position through guile and deft political maneuvering. Vivienne allows nothing to stand in the way of what she desires—not those who claim she is a social climber, not those who seek to restrict her power, not even her fellow mages who would conscript her into a rebellion with which she disagrees. Vivienne fights to restore order in a world gone mad…so long as that leaves her among those left standing, once all is said and done.

Video Guide: This video shows you where to find & recruit Vivienne when and if you decide to complete the Side Quest: “Imperial Enchanter”. As well as some footage from first meeting Vivienne.

How To Unlock Sera 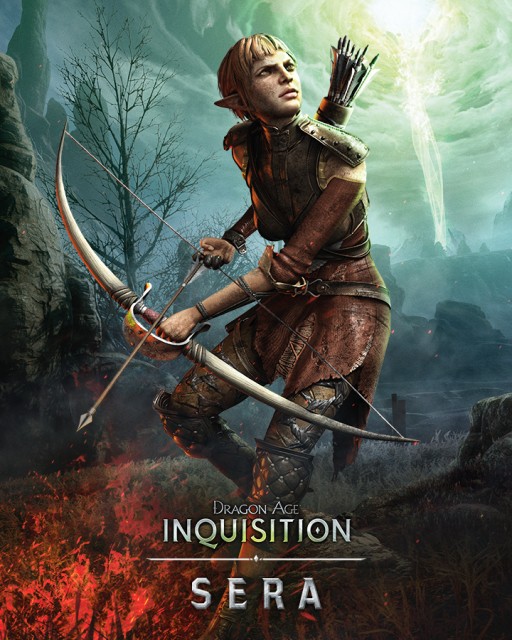 How To Get: Complete the “A Friend of Red Jenny” Mission in Val Royeaux

How To Recruit: She is optional and can be acquired by going to Val Royeaux, and completing the “A Friend of Red Jenny” Mission. – Upon going into Val Royeaux search the upper market. First find the 2 red handkerchiefs on the lower Main Level and then Fast Travel to Val Royeaux’s Upper Level (up 1 floor) to find the 3rd and last red handkerchief behind a round plant next to a red door

Bio: Sera is impulsive and revels in the moment. For her, it’s not about what’s right, it’s about what’s right now. In the Friends of Red Jenny, she humbled authority and had fun doing it. But now the nobility are being not just selfish but blind. War, demons, a torn sky: these are more than troubling—they’re terrifying. Fortunately, Sera and her “friends” can be frightening, too, and if she needs to put an arrow through some baddies so regular people can sleep at night, so be it. Sera fights for those caught in the middle, but she also needs order restored. The world has to be normal so she can play.

Video Guide: This video shows you where to find & recruit Sera when and if you decide to complete the Side Quest: “A Friend of Red Jenny”. As well as some footage from first meeting Sera and talking to her back at Haven.

How To Unlock Dorian 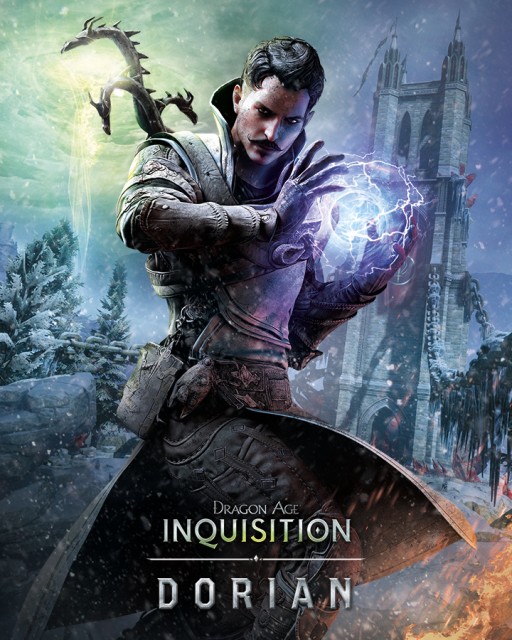 How To Get: Start the “In Hushed Whispers” Main Story Mission

Bio: Being from a proud bloodline of the Tevinter Imperium has its advantages: Dorian was born with a flair for magic that made him the envy of his peers. He is charming and confident, his wit as sharp as any blade, and if some suggest his manner cocky, it could be attributed to being a powerful mage in a land where mages rule. Indeed, Dorian would be the pride of his family—if he didn’t oppose everything his homeland has come to stand for. He wears the labels of “pariah” and “outcast” proudly, knowing that views of the Imperium are unlikely to change until and unless someone of his ability stands up to make a difference.

How To Unlock Cole 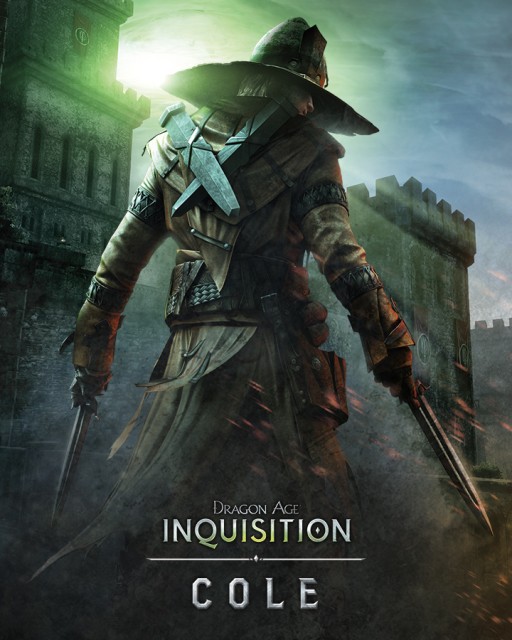 How To Get: After the “In Hushed Whispers” Main Story Mission, complete “The Forgotten Boy” Mission

How To Recruit: He is optional and can be acquired by completing “The Forgotten Boy” Mission (after the “In Your Heart Shall Burn” Mission). – This sidequest starts right after the “In Hushed Whispers” Main Story Mission.

Bio: He is a ghost in the shadows, walking unnoticed through crowds. He can slit an enemy’s throat before they even realize he’s there, and slip away, never to be seen again. Those few who do notice him soon forget he ever existed… and Cole isn’t certain that he does exist. He is a spirit, impossibly caught between the immaterial realm of the Fade and the confusing realities of our physical world, but does that make him real? Does it make him human or a demonic pretender, as some believe?

All Cole knows for certain is that the world is full of pain and he must find his place within it. Those who wish to restore order and help the helpless will find him a strange but unwavering ally. Those who use their power for selfish reasons may never see Cole again—if they remember that he was there to begin with.

There you go! All Companions in Dragon Age Inquisition will soon be in your Party! 🙂

Huge thanks to WikiGameGuides & VideoGameSophistry for the guide videos and tips.

Please comment if you have any additional Dragon Age Inquisition Companions location tips of your own, we’ll give you credit for it. – Thanks for visiting!