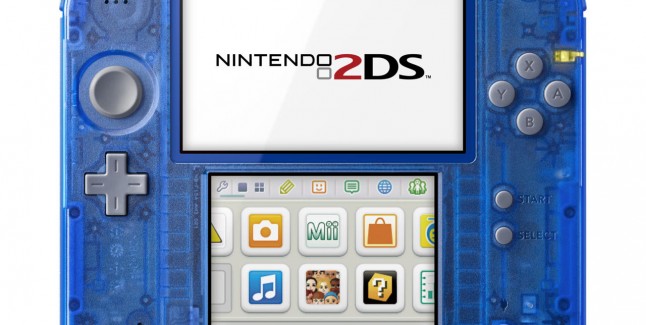 These new systems will be coming out the same day as Pokemon Omega Ruby & Alpha Sapphire, and coincidentally (or not), one is blue and one is red, just like the new Pokemon remakes! They also both feature a see-through, translucent shell, allowing you to see what the 2DS looks like inside, just like Nintendo did with the see-through Game Boy Pocket back in the 1990s, awesome!

Officially the system colors are called “Crystal Blue” and “Crystal Red“. No word on why Nintendo didn’t simply call them “Alpha Sapphire Blue” and “Omega Ruby Red”… Seems like a total missed opportunity.

The new one hundred dollar price point is an official price-cut of $30, as previously the 2DS systems cost “$130”.

It’s worth noting that Pokemon Omega Ruby/Alpha Sapphire are sold separately and are NOT included with the system, these new colors are simply launching the same day.

It’s also very important to realize that these are simply new 2DS colors. Neither the “Crystal Blue” or “Crystal Red” 2DS reflects the changes being made to the upcoming 2015 “New 3DS” redesigns. Those upcoming 3DS systems feature an extra small analog stick nub, two additional shoulder buttons, and the ability to interact with Amiibo figurines.

So if you don’t already own a 2DS or 3DS, you are probably better off just waiting for the new handhelds… Unless you really, really can’t wait to play the new Pokemon games! Although, at only $100 bucks a pop, these 2DS systems are definitely budget friendly. As the 2015 redesigned 3DS system will likely cost you $200 or so. 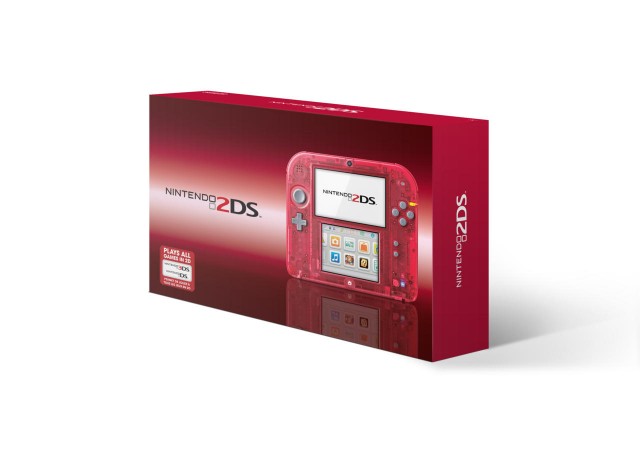 I’m always very happy to see new system colors. I wish there were more colors to choose from for all systems. These kind of remind me of the “FUNTASTIC” series of Translucent Nintendo 64 systems and controllers. Nintendo should bring those colors back for a system like the 2DS!

For those not born in the 90s, the Funtastic N64 series included see-through Nintendo 64 systems with color names like “Fire Orange”, “Grape Purple”, “Ice Blue”, “Jungle Green”, “Smoke Gray” and “Watermelon Red” and looked really neat. Not only could you see the guts inside due to the translucent shell, but they were a kind of neon color that really popped. These new 2DS colors are definitely a step in the right direction! 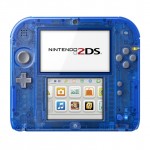 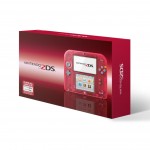 
Will you be buying a “Crystal Blue” or “Crystal Red” 2DS for a cool single Franklin?