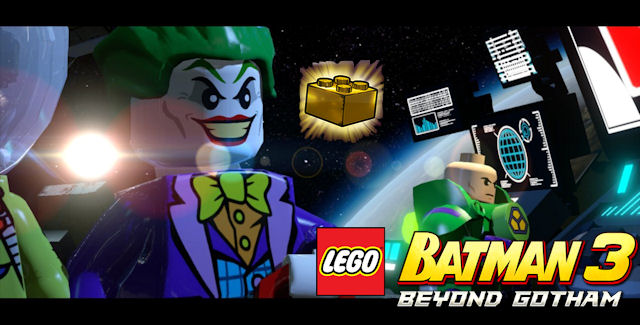 As a bonus, finding all 250 Gold Brick locations and picking up these shiny yellow/gold colored LEGO bricks, will help unlock the festive 100% LEGO Stud Fountain. Locate ’em all!

The overview for all these in-game Gold Bricks locations is listed below.

Tip: Go and find the “Gold Brick Finder” Red Brick first. This detector Red Brick can be found in “Level 7: Europe Against It”. During the “Objective 2: Save Lego England”, after the big red phone booth area, is a building with a golden bar to destroy with heat/laser vision. Then use the fallen bricks to build a Plastic Man Pad and switch to Plastic Man to activate his special red/yellow pad. (The cheat to unlock Plastic Man is “H2VB8Z”.) Once you grabbed the Red Brick, you’ll need to buy it for 200,000 studs at the Batcave’s right-side Trophy Room or Watchtower’s Red Brick Station. — There’s no cheat to get this Red Brick more quickly. — Now that you have it, you can activate it in the pause menu’s cheat section.
Having this Red Brick activated will make it a lot easier to find all the other Gold Bricks in levels and the open world areas, because they will be pointed out to you with an arrow on-screen.

Big thanks to Alex for the gold brick location tips.

Please check our at the top listed Lego Batman 3 guides for tips to find 100% of the collectibles.
If you have any questions or tips about Gold Bricks, please comment below and we’ll give you credit for your finds! – Thanks for visiting!