Home » News » 3DS News » Pokemon Omega Ruby and Alpha Sapphire: How To Get the Eon Ticket for Latias & Latios

Pokemon Omega Ruby and Alpha Sapphire: How To Get the Eon Ticket for Latias & Latios

How to find the Eon Ticket for Pokemon Alpha Sapphire and Omega Ruby, allowing you to catch Legendary Pokemon Latias or Latios, has been revealed by Nintendo!

To get your Pokemon Omega Ruby/Alpha Sapphire Eon Ticket, you must StreetPass with a person who already has the ticket! – Read below for the full details! 😀

Pokemon Omega Ruby and Alpha Sapphire: How To Get the Eon Ticket for Latias & Latios

Check out this video to see how the Eon Ticket worked in the original GBA games. But continue reading to find out how to get it in the new 3DS games! 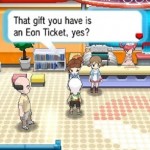 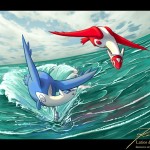 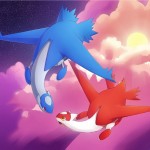 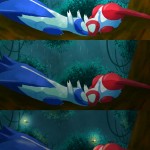 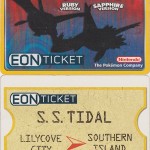 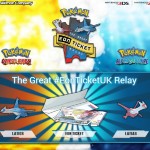 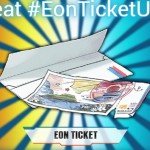 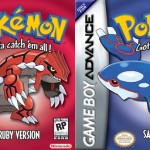 
To catch the Legendary Pokémon Latias in Pokémon Omega Ruby, or Latios in Pokémon Alpha Sapphire, Trainers must first revisit Southern Island by acquiring and using an Eon Ticket. The ticket can be shared with other players by activating StreetPass on BuzzNav.

The tickets will be distributed throughout the United States at over one thousand Pokemon Trading Card Game “Pokemon League” tournaments!

At these tournaments, Nintendo will have already given Eon Tickets to some super lucky “Pokemon Trainers” (actual people with their 3DS’ on hand, i.e. “Play! Pokemon League Leaders”) at said events. Using the WiFi on their 3DS/2DS Systems, these special Eon Ticket holders will then transfer the ticket to the 3DS/2DS systems of people who are attending the events. Those people, in turn, can transfer the ticket to anyone they StreetPass with in the future! 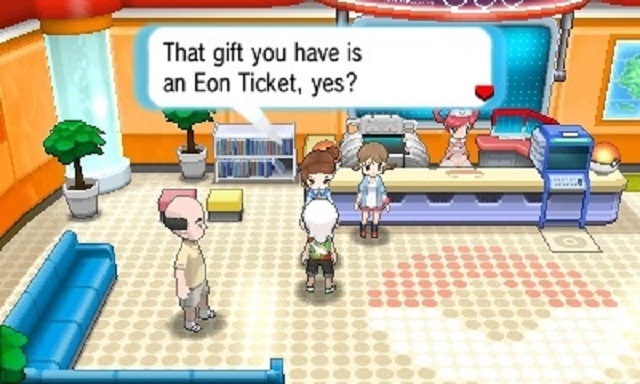 As such, the best way to get your hands on an Eon Ticket yourself is to attend a Nintendo-sponsored Pokemon Trading Card game or other Nintendo event in your area!

Either that, or hang out with people who are into the Pokemon Trading Card Game or who participate in Pokemon X & Pokemon Y tournaments, as hardcore fans like them will be the most likely people to already be playing Pokemon Omega Ruby & Alpha Sapphire’s demo and to have already obtained the Eon Ticket, and thus can transfer the ticket to you.

If you live in the UK, then you can get the Eon Ticket at specific GAME locations, where several very, very lucky Nintendo-sponsored Pokemon Masters will be on hand to transfer the ticket to anyone who physically StreetPasses with them in-store. Who are these lucky Pokemon Masters? 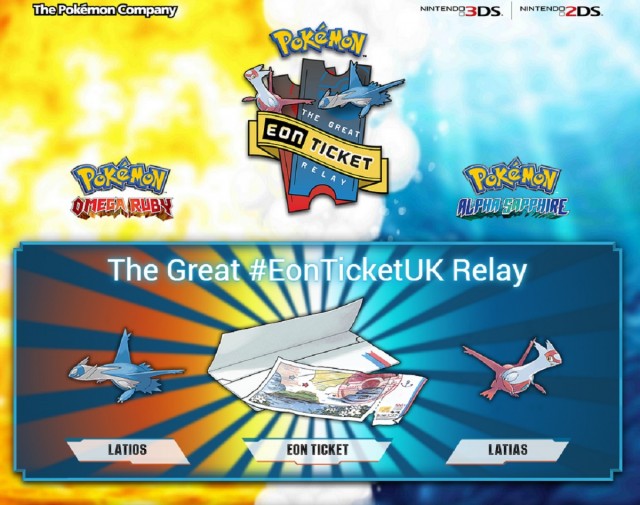 They will be 15 hand-selected “The Great Eon Ticket UK Relay” contest winners who Nintendo will send to a special Pokemon Omega Ruby & Alpha Sapphire launch event in London on November 29th, where they will meet Junichi Masuda, the Pokemon series composer who wrote many of your favorite Pokemon songs, and is also a director, designer, producer and programmer at Pokemon developer Game Freak.

Masuda himself will then give each of these lucky 15 “Chosen Ones” an in-game Eon Ticket via his 3DS to their’s. After that, each one of the 15 Saviors will be sent to specific, individual GAME stores throughout the United Kingdom to pass the Eon Ticket on to those lucky enough to go to the store and StreetPass with them in person!

This will be the only way to get your hands on an Eon Ticket throughout the United Kingdom, so keep your eyes peeled on the official Pokemon twitter for updates!

If you are in Japan, the Eon Ticket will be distributed via CoroCoro Magazine special events in similar StreetPass fashion.

No word on whether or not the Eon Ticket will be available outside of the United States, United Kingdom and Japan, but I wouldn’t hold my breath.

The good news is that you can still catch Latias and Latios at a much later date once these Legendaries have been bred enough to send the in-game population high-enough, long after the game’s have been released, at which point you will probably be able to get one without too much trouble via in-game online trading. 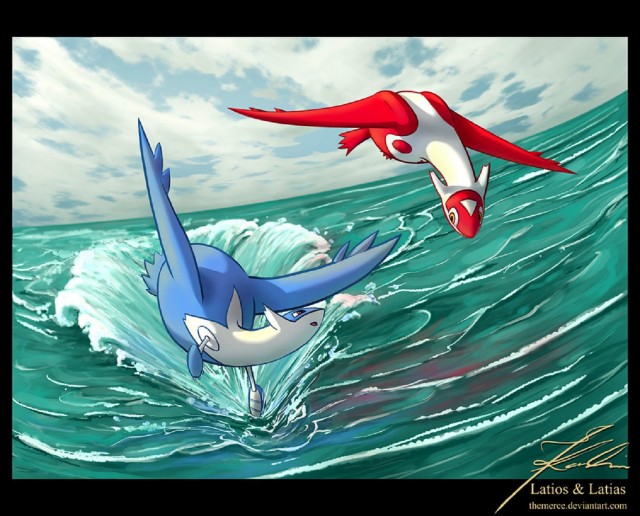 Once you have caught either of the two Legendaries, you can teach them “Soar” and gain access to the mystical land of “Mirage”, where you can get your hands on some of the rarest Legendary Pokemon of all time, including:

In the original Pokemon Ruby & Sapphire for Game Boy Advance, the Eon Ticket could only be obtained at special Pokemon events in Europe (where a Nintendo employee would give it to you via link cable using his special Eon Ticket GBA cartridge).

And in the United States via a special Pokemon Eon Ticket e-card, that you could physically acquire in the September 2003 issue of Nintendo Power (Volume 173), at Toys R Us events in 2003 or at E3 2003.

If you managed to obtain an Eon Ticket e-card, you could scan it into the game via the Game Boy Advance e-Reader card-reading peripheral. That Eon Ticket could then be traded to others by “mixing records” with them using the Link Cable. You could only trade it a limited number of times, and once that person obtained it from you, they couldn’t trade it to anyone else. Pokemon Emerald version owners could only get the Eon Card by linking up with someone who didn’t get their Eon Card via mixing records in their version of Ruby or Sapphire (in other words, they had to get it straight from the Eon Ticket e-card).

As in the 3DS remakes, once you got the Eon Ticket, you could meet Latios or Latias on Southern Island via the S.S. Tidal once defeating the Elite Four. In Emerald, players got to choose which Legendary they wanted to obtain, and the other would be sent to Southern Island.

It’s also worth noting that Red & Blue were remade with “Pokemon Leaf Green” & “Pokemon FireRed” for Game Boy Advance in 2004.

That finally leads to the current “GENERATION 6 (VI)“, represented by “Pokemon X & Pokemon Y” released for 3DS/2DS late last year in 2013. They are so popular they have sold over 12 million copies worldwide as of April 2014 to become the best-selling 3DS games yet. 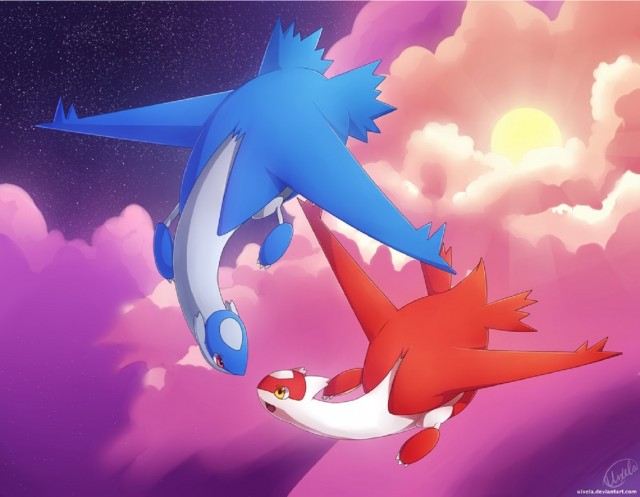 I’m so happy to see that Nintendo is still building the hype-machine with super cool events like this… Just like they did way back in the day in 2003! It’s amazing to see that Pokemon’s popularity is still so high.

It’s also very cool that these Eon Tickets are truly rare items. Making Latios & Latias truly rare Pokemon that will only be obtained by the most diligent Pokemon fans!

Will you be doing everything you can to obtain an Eon Ticket?