The Legend of Zelda: Majora’s Mask 3D has been officially announced for a Spring 2015 release, exclusively for Nintendo 3DS & 2DS, Nintendo revealed during their latest Nintendo Direct November 2014 broadcast.

This has been a long time in coming, check out the official Majora’s Mask 3D trailer!

This is huge news as a 3DS remake of Majora’s Mask, ala 2011’s The Legend of Zelda: Ocarina of Time 3D, has been one of the most requested remakes ever from Nintendo fans.

Here’s the Majora’s Mask 3DS image gallery.
Click on any of these image thumbnails to see the full-size screenshots: 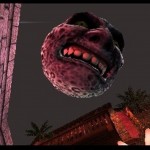 The new Devil Moon in all it’s glory! 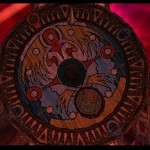 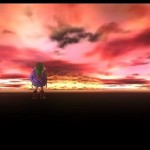 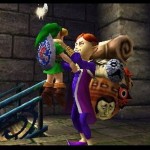 Doesn’t get any creepier. 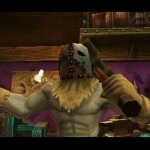 Ready to improve your sword! 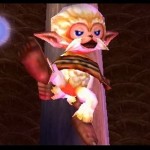 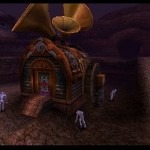 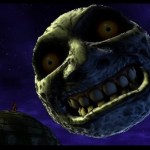 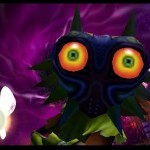 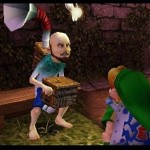 You can hear the music playing now can’t ya…


Those fans even started a campaign called “Operation MoonFall” (named after the “Operation Rainfall” campaign that successfully brought all three Wii RPGs: Xenoblade Chronicles, The Last Story and Pandora’s Tower, to the U.S.) in order to push Nintendo to remake Majora’s Mask for 3DS. 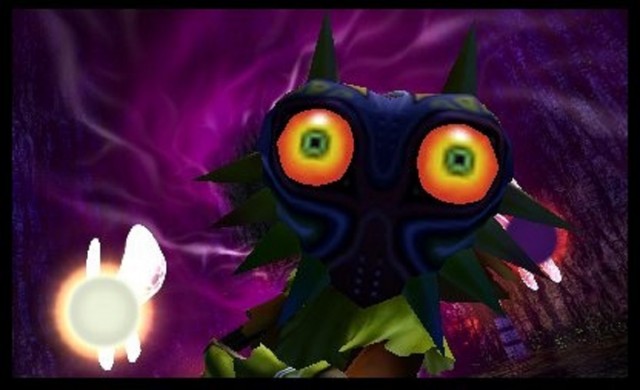 I think we can now call that campaign a success, although everyone urged Nintendo to remake Majora’s Mask, including Zelda Williams herself (the daughter of Robin Williams, who starred in many commercials with her father by Nintendo to promote Ocarina of Time 3D & Zelda: Skyward Sword).

Here is a video of Zelda William’s herself talking about her love of Majora’s Mask.

So what changes can we expect to see in Majora’s Mask 3D? It remains to be seen, but the game will follow in the footsteps of Ocarina 3D by offering vastly improved high-definition graphics, added background elements to spruce up the game’s locations (in Ocarina of Time 3D this included tons of new objects in shops to make them really pop, like boxes and trinkets stacked in the background), all-new touch-screen-based menu navigation to make equipping and switching Weapons, Items & Masks much easier, new Ocarina and music-instrument touchscreen controls, probably a new interface layout and menu screens, and possibly new modes or other added features. 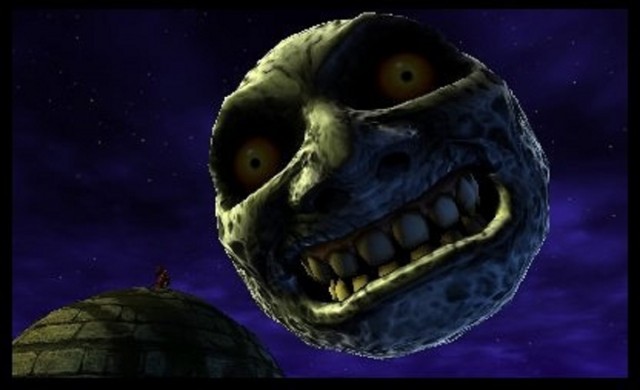 However Majora’s Mask never had a “Master’s Quest” equivalent, could it be that Nintendo will give fans an all-new harder version of the game as an unlockable?! ONE CAN ONLY HOPE! 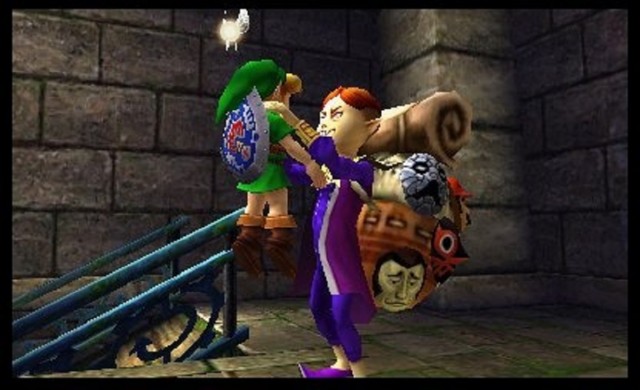 Doesn’t get any creepier.

Majora’s Mask was originally released in 2000 for the Nintendo 64. It was a direct-sequel to Ocarina of Time that starred a young Link who must search for mystical masks in a mysterious, twisted new world caught in a time loop; in which the lives of ordinary citizens are lived out and repeated over a three-day period. A haunted Devil Moon looms in the sky above, and it’s impending collapse destroys the planet once time runs out.

In order to combat this threat, Link and his fairy companion are given a mysterious mask by a traveling “Happy Mask Salesman” that allows Link to transform into a Deku Scrub. “Deku Link” is then able to get his hands on his Ocarina of Time that was stolen from him by a devilish imp called Skull Kid who is wearing the titular Majora’s Mask… an artifact of great evil power. Using the Ocarina, Link is able to control the flow of time, slowing it down, speeding it up, or resetting it to the dawn of the first day. 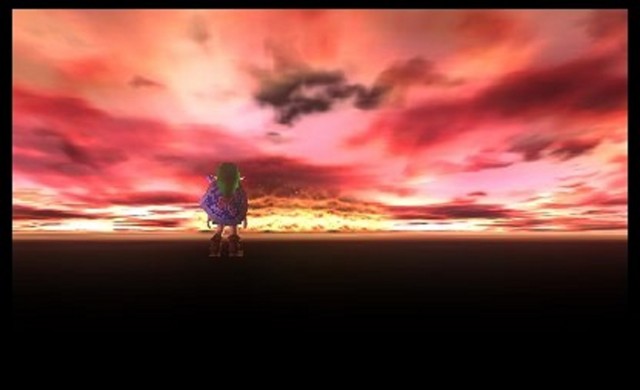 Over the course of the game, Link will have to keep track of the citizens of Clock Town and their coming and goings. They will take part in certain events over the course of three days, and Link will have to solve said events to unlock all 30 Masks. There are also four dungeons to conquer, three different forms of Link that give him new abilities, and all manner of Weapons & Items to unlock, and new songs to learn on his Ocarina. It’s an epic adventure.

Majora’s Mask was notable because Nintendo was able to successfully mix, reuse, and recycle all of the same elements, everything from graphics and textures, to character models, weapons, items & masks, taken directly from Ocarina of Time, then mix them up, add new elements, a new world to explore, and a new story, and come out with a still amazing game even though it used all of the same familiar elements of Ocarina of Time.

When you first turned Majora’s Mask on, this was disappointing, cause the game, on the surface, looks exactly the same. But that couldn’t be further from the truth. Being able to recycle all of those elements allowed Nintendo to create a new Zelda game (orininally called “Ura Zelda”, or “Another Zelda”, for the failed Nintendo 64DD Disc Drive peripheral) in half the time; creating it in only one year or so from Ocarina of Time’s 1998 release to Majora Masks’ 2000 debut. 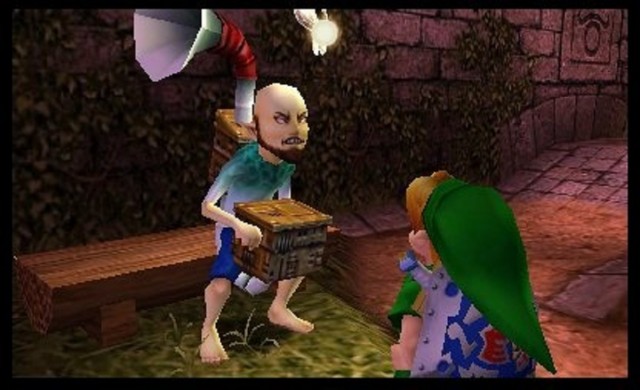 You can hear the music playing now can’t ya…

Majora’s Mask is an absolute masterpiece. I replayed the game about a year ago and the game was even BETTER than I remember it. It holds up extremely well, and the dungeons are masterfully designed. Everyone remembers the Water Temple from Ocarina of Time… but the water temple in Majora’s Mask is even more devious and about 10 times more confusing.

The game just drips with intriguing elements from beginning to end and is one of those truly unique experiences from top to bottom. The repeating time element is ingenious and makes Majora’s Mask unlike anything you have ever played before. Due to the fact that Link has so many forms, it also makes the game so much fun to play and adds so much depth. It’s arguably an even better game than Ocarina of Time, something that seems impossible. But once you play Majora’s Mask, you’ll be a believer.

How excited are you about The Legend of Zelda: Majora’s Mask 3D? 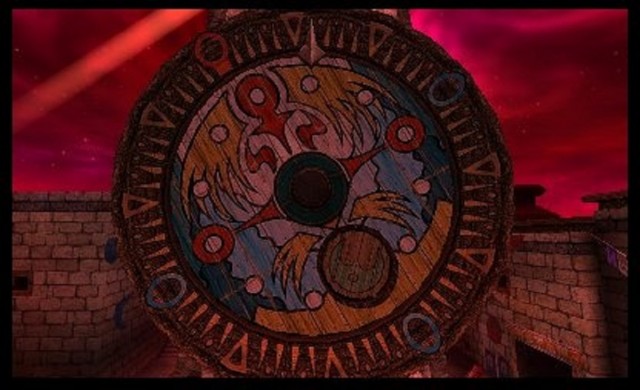