Alone in the Dark 6: Illumination has been announced exclusively for PC as the sixth installment in the long-running Atari/Infograms survival horror franchise.

Get a first glimpse at gameplay footage in the Alone in the Dark: Illumination debut trailer.

Unlike previous games (read my Alone in the Dark 5 Review to see what I thought about the last game for PS3, Xbox 360 & PC, Alone in the Dark 6 is a cooperative online game instead of a slower-paced, standard single-player Survival Horror title.

Here’s the Alone in the Dark 6: Illumination image gallery.
Click on any of these image thumbnails to see the full-size screenshots: 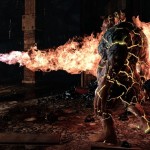 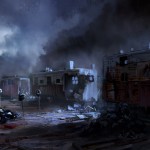 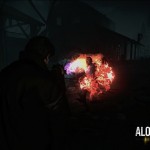 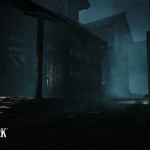 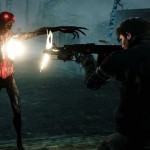 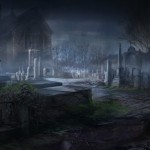 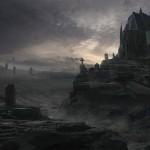 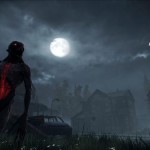 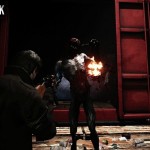 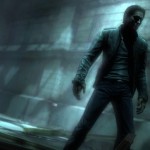 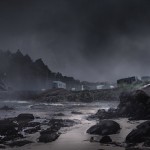 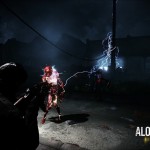 Lightning in a bottle. 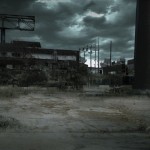 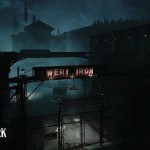 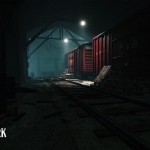 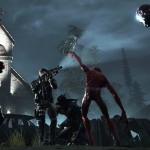 When zombies are at church… 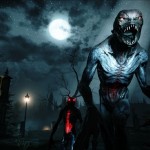 Zombies in the moonlight.


Pre-Order Alone in the Dark 6 on Steam now and you’ll gain access to the beta as well as be upgraded to the “Eldritch Edition” which includes a few extra bonuses including more Player Skins, Weapon Skins, the “Old One” Achievement and access to the November closed beta.

In Alone in the Dark 6: Illumination, up to four players can choose from one of four classes (Hunter, Witch, Priest, Engineer) and then must work together to solve puzzles and defeat enemies in a third-person shooting-style game. Since this game is being built for Steam (and hopefully consoles later on), Steam Achievements & Trading Cards can be unlocked as you play.

Levels will feature randomly-generated content that changes the locked doors, room layouts and enemy locations to keep things fresh. Magic will also be integral in order to create “Light Zones” to keep the darkness at bay. 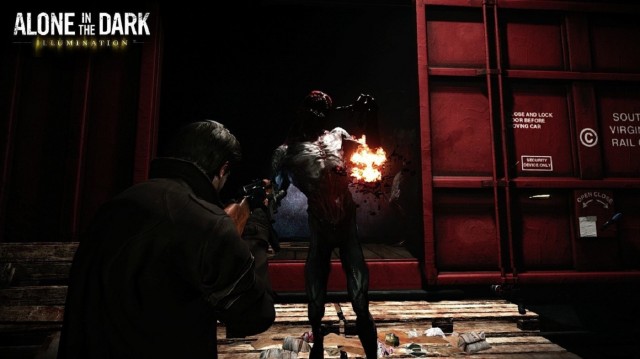 Plot
Alone in the Dark: Illumination brings you to the abandoned town of Lorwich, Virginia. Located near Virginia’s southern border, Lorwich was a flourishing industrial town with a bustling business generated by the local mines. These prosperous days came to an end when a flood devastated the mining facility, leaving behind nothing but destruction in its wake. The disaster forced an immediate evacuation, leaving the town desolate. It has been years since the accident, and the town has long been forgotten.

But the cause of the accident is still a mystery, and years later, nobody dares step foot in the town for fear of what lies there. There have been numerous reports of strange creatures and a dark, brooding fog within the town. Some locals who believe in the supernatural say that there lurks an ever-present force known as “The Darkness”.

The Darkness can reveal itself in many ways, such as fog, apparitions, and creatures. It has cast its spell over Lorwich, enveloping everything in its path. It is up to you to help defend the town by fighting back the Forces of Darkness. 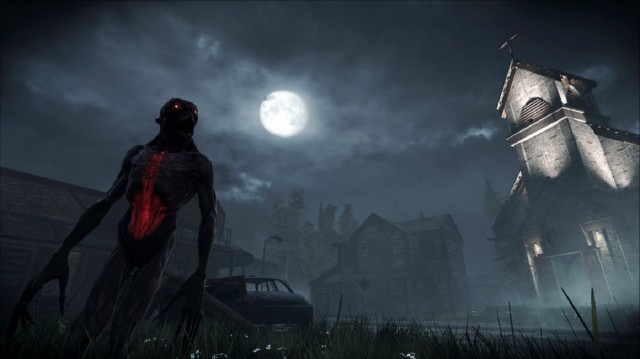 Hunter
As a direct descendant of Edward Carnby, a hero of the original “Alone in the Dark”, the Hunter grew up enthralled by the adventures of the “Supernatural Private Eye.” He knew every detail of every case, including the notes of the strange creatures encountered. His grandfather was his mentor and as such the Hunter vowed that he too would help rid the world of the evil Darkness.
Primary Weapons and Abilities: Assault Rifle, SMG, Flamethrower attachment.

Witch
The Witch is the great-granddaughter of Emily Hartwood, the heroine of the original “Alone in the Dark”. After her various other-worldly encounters with Edward Carnby, Emily Hartwood began to dabble in the supernatural world. But unlike other occult practitioners she met, Emily learned only what she needed to protect herself. Her great-granddaughter, the Witch, followed in her footsteps and also studied the supernatural arts. From a young age, the Witch had a natural gift for magic, and her abilities far surpassed those of her other family members. The Witch swore to use her abilities to help others, and help protect the world from evil forces, such as those that terrorized her family.
Primary Weapons and Abilities: Revolver, Lightning Strike, Creature Control, Lightning Crawler 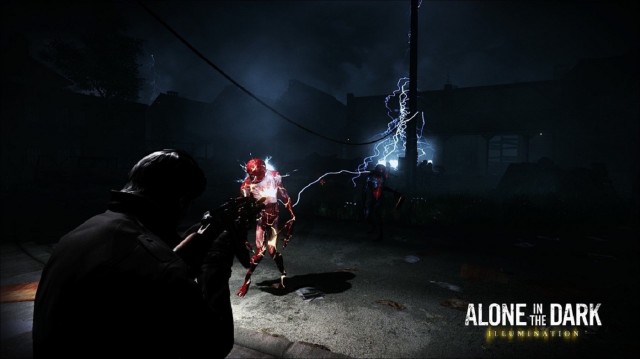 Lightning in a bottle.

Priest
The son of the nation’s most influential religious leaders, the Priest trained from a young age to combat the forces of darkness. With his enhanced abilities to heal and purify even the most extreme cases, the Priest has become a leading warrior in the never-ending battle against the darkness.
Primary Weapons and Abilities: Lord’s Embrace, Holy Light, Wrath of God, Cleansing of the Sinners and Sacred Chant.

Engineer
The daughter of the Chief Engineer of the world’s leading computer hardware manufacturer, the Engineer was born to work with electronics. While other children played with plastic blocks, she was making remote-controlled robots from parts she found in her father’s work shed. Making gadgets filled up the Engineer’s free time. Her goal is to create mechanical items which could rival her father’s groundbreaking work.
Primary Weapons and Abilities: Pistol, Pump Shotgun, Tesla Wall, Comet 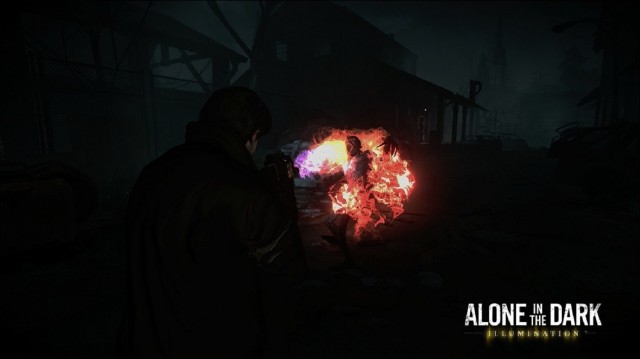 * Four Heroes: The Hunter, the Witch, the Priest and the Engineer each offer unique gameplay experiences with distinctive weapons, skills and powers.

* Multiplayer: Cooperative Multiplayer Modes let you battle The Darkness with all four characters, or build smaller teams for a greater challenge.

* Diverse Environment: Four “campaigns” with multiple levels take players through the blasted landscape of Lorwich, and deep below to unearth the mysteries of this forsaken township.

* The Power of Illumination: Light up maps to create safe zones and damage your foes.

* Inspired By H.P. Lovecraft: Inspired by HP Lovecraft, Alone in the Dark: Illumination puts you in constant danger by coming face to face with demons of the underworld. As a player, you must survive the relentless onslaught of the Forces of Darkness, and the evil that lurks in its path.

* Dynamic Environments: Interact with a dynamic environment to change the structure of the map and advance your quest. 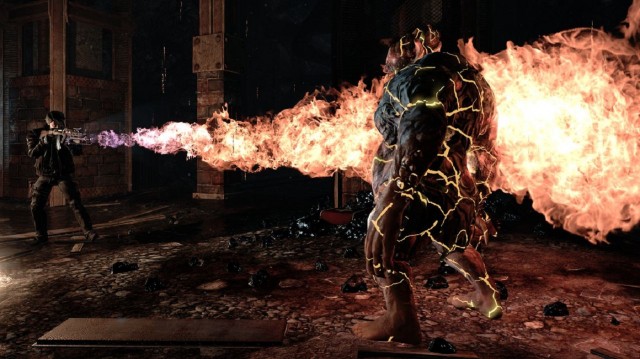 Meh… I was excited when I saw that they were making a new Alone in the Dark. Despite it’s many flaws, the 5th installment for 360/PS3 was quite awesome and I thoroughly enjoyed it. If only they could’ve perfected and polished that game more, it would’ve been quite incredible.

Sadly, this game seems like the standard-survival-horror version of Left4Dead… Although it remains to be seen if it will live up to expectations, but so far I’m not seeing anything that’s jumping out at me.

Hopefully developer “Pure FPS” and publisher Atari will defy expectations and create something that lives up to the Alone in the Dark name… A name that’s been pretty tarnished.

It’s sad that they can’t seem to do more with this series, as it’s a pretty cool franchise that I think would sell well if only they could make it of true high caliber.

Are you excited to play Alone in the Dark: Illumination?

Tags: Alone in the Dark: Illumination