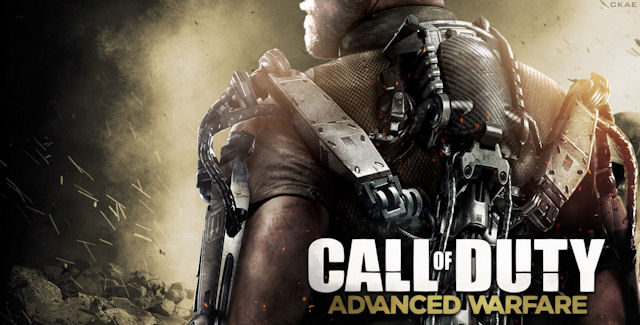 Here’s how to unlock all Call of Duty: Advanced Warfare codes and cheats in this awesome first-person shooter game. All unlockables below work for the PS3, PS4, Xbox 360, Xbox One & PC versions unless otherwise indicated.

The lists below give you the cheat description, followed by the reward to earn in the game.

[WORK-IN-PROGRESS: CHECK BACK DAILY TO FIND OUT WHEN CHEATS ARE DISCOVERED!]

How To Unlock The Atlas Gorge Map

The Atlas Gorge Map DLC Code only comes as a bonus with the Season Pass or with the Collector’s Editions — namely the Atlas Limited Edition, Atlas Pro Edition & Digital Pro Edition — of Call of Duty: Advanced Warfare. Activision confirmed if you get the game on Xbox 360, PS3, PC (including Steam), PS4 & Xbox One it’ll include the DLC code to download the Bonus Map from November 3rd, 2014.

Atlas Gorge re-envisions the fan-favorite Call of Duty 4: Modern Warfare map, Pipeline, re-imagined for the new Call of Duty: Advanced Warfare exoskeleton abilities. The Atlas Corporation has commandeered the world’s largest power source, the Three Gorges Dam in central China, creating a gripping setting for a multiplayer battle. Combatants will navigate the shadows and control a map-based turret scorestreak that overlooks the dam and helps to keep enemies at bay, all while leveraging new abilities and tactics enabled by exoskeleton technology, such as vertical combat, new sightlines, and strategic vantage points.

You might have noticed that the rumored Zombies Mode is not available from the start of the game.

To unlock Zombies Mode, it seems you’ll need to:

In the meantime you can play against these new, faster zombies in the Exo-Survival Co-Op Mode’s bonus wave. To make zombies appear in this new mode, you will have to unlock every single map in the Exo-Survival co-op mode. As you fight 225 rounds across the 4 Tiers of maps (takes around 4 hours total), then once you reach the final Riot map you have to fight 10 rounds and THEN in round 11 you’ll get to play zombies.

As a reward for completing the zombie-infested Bonus Wave, you will unlock: a playable Zombie Character, custom outfit Zombie Exo-Suit and Helmet to use in multiplayer!

PS: Hopefully in Advanced Warfare we’ll get arcade & other fun cheat codes like we did in Black Ops!

Do you know of any other cheat codes in Call of Duty: Advanced Warfare? If so, leave a comment and we’ll update this cheats page and give you credit! Thanks for visiting!