Welcome to the “History of the Yakuza series” feature. But first let’s go over the future Yakuza game announcement for… Yakuza Zero: The Place of Oath (based on the Japanese title translation) is the 6th game in Sega’s core Yakuza series, and will be released for PS3 & PS4 in Japan on March 12th, 2015. The game has yet to get a Western release date however and it’s unknown if Sega will release it outside of Japan.

Get all the Yakuza Zero you could ever want in this insanely long 15 minute Story & Cinamatic trailer.

This title is a prequel in the series set before the events of Yakuza 1. It doesn’t take place in feudal Japan like you might expect, but instead takes place in 1988 when main Yakuza protagonist Kazuma Kiryu is only 20 and living in Tokyo as a debt collector.

Here’s the Yakuza Zero & History of Yakuza box art image gallery.
Click on any of these image thumbnails to see the full-size photos: 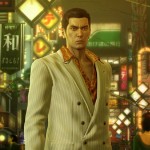 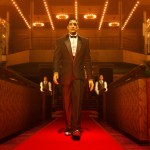 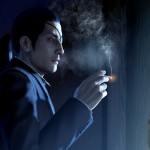 No Smoking is for pussies. 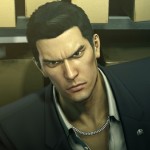 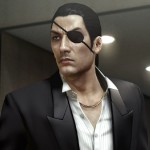 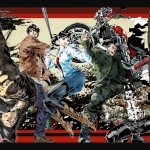 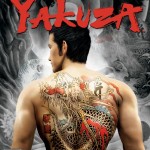 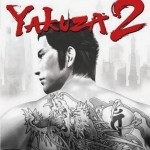 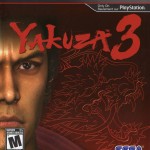 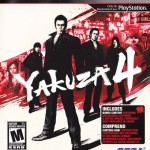 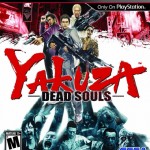 Purple Rain Up In Here


Other characters fans would expect to see will return including Goro Majima and players will get to witness the rise of both characters into prominence.

Yakuza Zero looks like a lot of fun, but I don’t have much to say on this as I have never played any of the games in the long-running series.

But check out a ton of gameplay in this 7-minute Yakuza Zero Gameplay Trailer.

— HISTORY OF THE YAKUZA FRANCHISE — 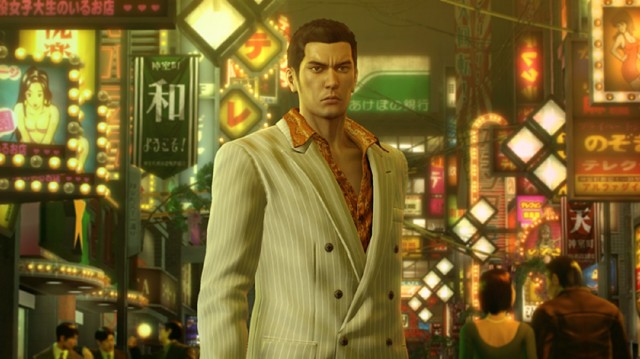 Instead of the focus being on driving or shooting like in Grand Theft Auto or other Western-developed games, the focus of Yakuza is on hand-to-hand combat and fighting.

Purple Rain Up In Here

Atmosphere and Japanese culture is also a big factor in the Yakuza series, naturally, since the franchise focuses on the Japanese mafia known as Yakuza.

Wherein players get to witness the major drama that takes place between the many major characters, including main character “Kazuma Kiryu”, and those that surround him, as the story progresses from game to game. 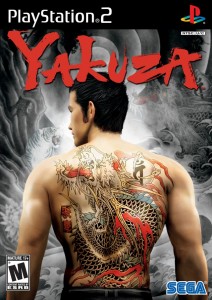 Synopsis – STEP INTO THE SHADOWS OF JAPAN’S UNDERWORLD
Just as Kazuma, a former rising star in the Yakuza, emerges from prison after a murder cover-up, 10 billion yen ($100 million US dollars) vanishes from the Yakuza vault, forcing him once again into their brutal, lawless world. A mysterious young girl will lead Kazuma to the answers… If he can keep her alive.

* Strike with powerful finishing blows as you upgrade your skills.

* Engrossing storyline packed with complex, captivating characters — more than a dozen intricately detailed chapters as the complex web of the Yakuza unravels.

* Players can string together attack combos to take out multiple enemies simultaneously in street brawls or grab and use in-game objects to defeat opponents. 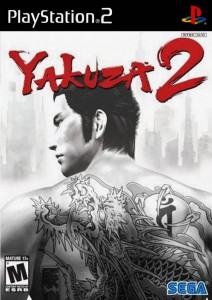 Synopsis – IN THE YAKUZA / FEAR IS NOT AN OPTION
One year ago Kazuma Kiryu left his post as Chairman of the Tojo Clan, Japan’s most violent organized crime syndicate. When an all-out gang war erupts, Kazuma must return and uphold the honor of his former clan in brutal clashes with rival gangs, the police and the Korean mafia.

* A New City to Explore.

* Authentic, cinematic sequel. The gritty, genuine portrayal of life in the Yakuza is made more realistic throughout 16 gripping chapters with a return to the original Japanese voice cast and English subtitles.

* Twice as much to explore. There is now more to see and do than ever before in the hugely expanded world of the Yakuza. Visit bowling alleys and driving ranges, as well as cabarets and bars, all licensed from actual Japanese establishments.

* Like the real Yakuza, you must ingrain yourself in the authentic, neon-lit adult playgrounds of Tokyo and Osaka and become a regular at nightclubs, hostess clubs, restaurants and stores to gain access to secret services and uncover tips.

* The intensity of battle is raised. By stringing together a combination of fighting moves, you’ll take out multiple enemies simultaneously. Objects in the environment can be used as weapons and even more context-sensitive Heat moves, will help you. 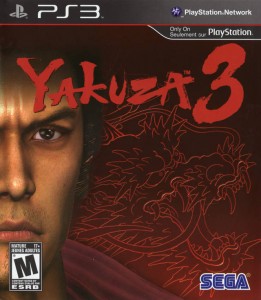 Synopsis – THE DRAGON OF DOJIMA RETURNS
Follow Kazuma’s journey from the beaches of Okinawa to the darker side of Tokyo as he is pulled back to a past life he thought he had left behind.

* Enter the Gritty & Violent Side of Japan & Combat Your Sordid Past.

* Tokyo and Okinawa are rendered with stunning accuracy.

* Play a variety of mini-games including billiards, karaoke or even take in a game of golf.

* Engage in a variety of real-life activities from buying items in licensed shops & businesses to eating in restaurants you can find on actual streets of Tokyo. 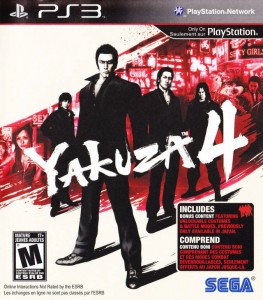 Synopsis – THRIVE IN TOKYO’S ADULT UNDERWORLD
In an authentic re-creation of Tokyo’s “Sin City District”, four men cross paths over a beautiful woman and a dead man… Step into the world of the Yakuza and give yourself the chance to become somebody in a world of nobodies.

* Get lost in the infamous “sin-city district” of Tokyo, as you walk and fight in back alleys, main streets, city rooftops and underground areas.

* Experience a deep and twisting crime story where you play all four characters.

* Take on all challengers with a deeper fighting system and new street chase functionality.

Along with the upcoming Yakuza Zero, these are the main core games in the series, all of which have been released in the West except for Yakuza 5; released in Japan in December of 2012 (“Ryu ga Gotoku 5: Yume Kanaeshi Mono” or “Like a Dragon 5: Fulfiller of Dreams”).

In February of 2014 it was rumored that Atlus, whom Sega bought, would translate & finally release Yakuza 5…. But no such luck so far at the end of 2014. Hopefully a Western release on PS4 or digitally will still happen at some point further down the line…

Then you have the spin-off Yakuza titles.

Here’s a video, IN ENGLISH, of Kenzan in action!

Here’s video of this game in action.

3. “Kurohyo 2: Ryu ga Gotoku Ashura hen” (PSP)
Released On March 22, 2012 in Japan.
The direct-sequel to the first Black Panther, the title translates to “Black Panther: Like A Dragon Ashura Chapter”.

Here’s a Japanese trailer for the game.

4. “Ryu ga Gotoku Ishin!” (PS3, PS4)
Released in Japan on February 22, 2014.
An all-new spin-off separate from previous spin-offs, this entry takes the Yakuza series to the time 1800s, around the time of the American Civil War happening in the United States. In Japan, this was the “Bakumatsu” Period. The highly-acclaimed Japanese Famitsu gaming magazine gave this game nearly perfect scores in their review.

Here’s a Let’s play of Ishin on PS4 in HD in action! 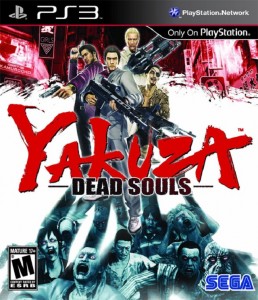 5. YAKUZA: DEAD SOULS (PS3)
“OF THE END or Like a Dragon of the End” in Japan, this is the only spin-off game in the series to be released in the West.

Synopsis: VIOLENCE IS IN THEIR BLOOD
Welcome to Tokyo, once the bustling capital of Japan, now the zombie capital of the world. Armed to the teeth and ready for revenge, you’ll have to kick, shoot, smash & bulldoze your way through hordes of the undead in this city that never sleeps. If you thought zombies were bad… MEET THE YAKUZA!

* A complete Tokyo experience from zombie table tennis to dates with a beautiful hostess, side missions, clubs, karaoke, and more.

* Four playable characters including the return of the revered Kazuma Kiryu and Shun Akiyama, now joined by the Goro “Mad-dog” Majima and Ryuji Goda, the Dragon of Kansai.

* Use the all-new heat-snipe to unleash chaos in the face of hordes of zombies.

* The all-new third-person shooting mechanic is brand-new to the Yukuza franchise.

* Players also will deal with shifting alliances within the Yakuza that could end in firefights, and partake of a new ‘Pachislot’ mini-game similar to Pachinko.

* The Yakuza franchise takes an exciting new twist with an all-new 3rd-person shooting mechanic, a wide array of guns and upgrades, and a city packed full of the undead.

Sadly however this Yakuza zombie game absolutely bombed in sales, which killed the flame of hope that Sega would consider localizing Yakuza 5 and/or Yakuza Zero… 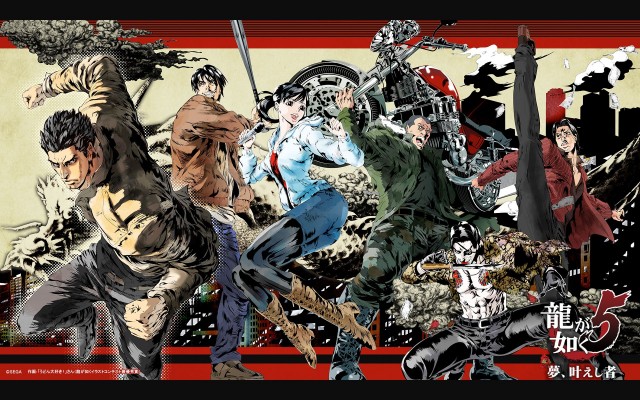 At this point, I don’t understand why Sega doesn’t simply create a Yakuza Box Set or Yakuza HD Collection for say, PS4 & Xbox One, that includes all of the core Yakuza games in one package. Release them hardcopy, and then also re-release all of them digitally.

I’ve never played the Yakuza series before, but I’d totally be into it and willing to try it out if they would just re-release them. Include Yakuza 5 in the package and every Sega fan across the planet would scoop it up even if you charged a premium price for it.

I don’t understand why Sega would sit on such a great franchise. The reason the Yakuza games have not sold gang-busters is not because they aren’t good games, but it’s because too few people know about them. Imagine if Sega were to renew internet marketing for these games?

The reason I just did a “History of Yakuza” for this article is due to the fact that even I, someone who has followed the gaming industry since the 90s and someone who knows about and has heard of most of these Yakuza games… Even I, didn’t know much at all about them and wasn’t able to piece together the whole series or get a grip on the spin-offs until I looked into it myself and wrote this feature.

If Sega would only clarify the series for people, and put out a simple marketing campaign saying something like, “Have you ever played Yakuza?! You’re missing out!”; Play up that Yakuza is the “Japanese Grand Theft Auto without cars”… Then I think you’d have gamers everywhere lining up to give the series a shot. Especially if they could easily play all of them.

That’s a big stumbling block because most people, myself included, aren’t about to play Yakuza 5 on PS4 when we haven’t even played Yakuza 1, 2, 3 or 4…

Hopefully some publisher somewhere will realize the value in this franchise and start pumping out all of the Japanese games we haven’t gotten and put them on a single disc and release it into the wild.

Are you excited for Yakuza Zero? Did you enjoy the “History of Yakuza”?