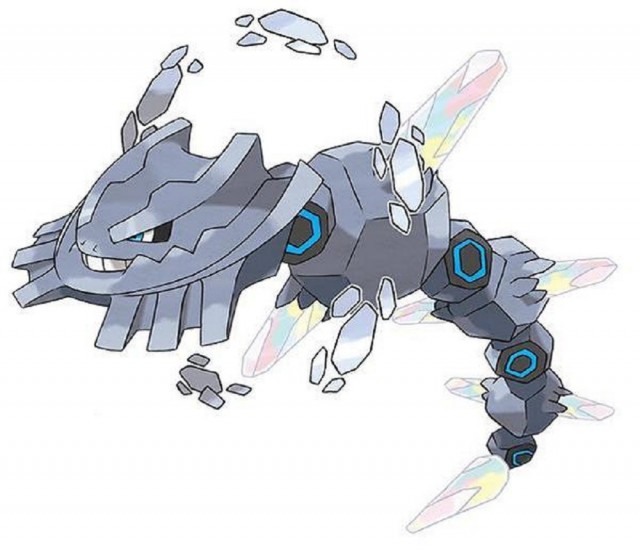 Mega Steelix
“Steelix” is the Steel/Ground evolution of Rock Snake Pokemon “Onyx” (A Rock/Ground type and one of the original 151st Pokemon from the original Game Boy games). Onyx gained the Steelix evolution in the original Gold/Silver versions, whereby it turns from “Rock Snake” into “Iron Snake”. Now, finally, Steelix also has an Evolution. A Mega Evolution to be exact!

When you Mega Evolve Steelix into “Mega Steelix”, he’ll gain a major Defense stat boost, and gain the Steel-type move called “Iron Tail”. Luckily, Mega Steelix also gains the innate Ability “Sand Force”. This increases the power of Rock, Ground & Steel-type moves 30% when you use one of the moves during a Sandstorm, which is the best time to attack.

Mega Glalie
The Ice-type Pokemon Glalie, which kinda looks like a crazy floating head-thing, can Mega Evolve into “Mega Glalie” in Pokemon Omega Ruby & Alpha Sapphire. This raises it’s Speed state a ton while also giving it a boost to Attack & Special Attack.

It’s innate Ability also changes to “Refrigerate”, this gives Normal-type moves Ice-type characteristics instead. Best of all, Mega Glalie picks up the Ice-type move “Sheer Cold”, one of the strongest Ice Moves in the game, giving Mega Glalie the ability to knock out a target in a single shot!

If you obtain the demo of Pokemon Omega Ruby & Alpha Sapphire, you can find Mega Glalie in the demo and can transfer it into the full version via Pokemon Link.

How Do I Get Mega Evolution?
In order to Mega Evolve a Pokemon, you must have it’s “Mega Stone”, which is named after the Pokemon. So Gengar’s Mega Stone is called “Gengarite”, Charizard’s is “Charizardite” (come in X & Y varieties), the Mega Stone for “Ampharos” is called “Ampharosite” and so on. These Mega Stones have to be found in the game (such as in dungeons or behind prickly bushes), or given to you by someone in town, or as a reward for a special battle, etc.

After the actual Mega Stone item, you must own the “Mega Ring” (a Key Item that you pick up naturally during the story) that allows for Mega Evolution. You’ll get it for free once you reach a certain point in the game.

Finally, to Mega Evolve a Pokemon, you must have played with it in “Pokemon Amie” (the mini-game on the bottom touchscreen that’s like a Virtual Pet, where you feed & pet your Pokemon, and play games with them) enough to raise his Affection level to max (Five Hearts, meaning they absolutely adore you).

Once these qualifications for Mega Evolution (which applies to all Pokemon you want to Mega Evolve) are met, in Pokemon X/Y or Pokemon Omega Ruby/Alpha Sapphire, you’ll have the ability to Mega Evolve say, “Steelix” into “Mega Steelix” during battle. 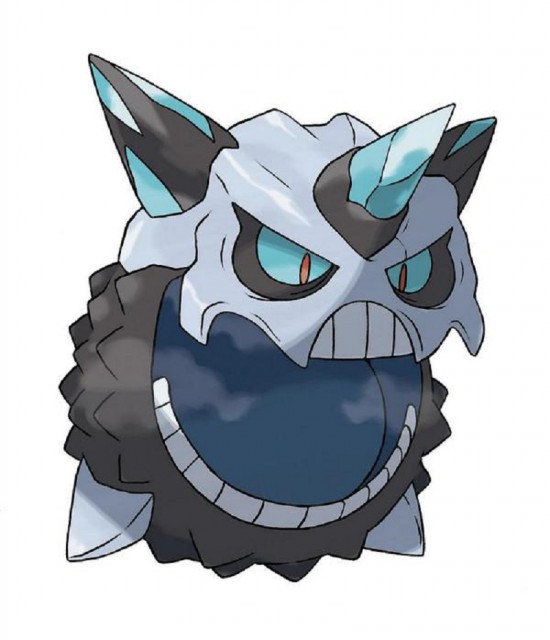 Mega Evolution can have wide-ranging effects, or not make that much of a difference, depending on the particular Mega Evolution. Some Pokemon gain type changes when they Mega Evolve, but often times they’ll simply get a stat-boost & become even stronger, and some Mega Evolved Pokemon simply look like bigger versions of their previous selves, without much noticeable difference in look (Mega Venasaur, I’m looking at you!).

I couldn’t be more excited for Pokemon Omega Ruby & Alpha Sapphire, after sinking over 250 hours (and I don’t intend to stop anytime soon) into Pokemon Y!

I’ve caught the Pokemaniac bug for the first time since my childhood, and I couldn’t be happier! I also missed out on Pokemon Ruby & Sapphire when they were released for the Game Boy Advance, so I look forward to diving into this new remake, as well as the originals, in the near future. 🙂

Which game will you be getting? Pokemon Omega Ruby or Pokemon Alpha Sapphire?