Dying Light, the next massive and super awesome follow-up to Techland’s Dead Island, has sadly been cancelled on previous-gen systems (Xbox 360 & PS3). However it is still coming to next-gen (PS4 & Xbox One), er, current-gen that is, platforms (PC too) in January of 2015.

Here is what the developers had to say about the cancellation of the last-gen versions of Dying Light, and how they simply did not live up to expectations on the older tech…

Check out the Dying Light image gallery.
Click on any of these image thumbnails to see the high-res screenshots: 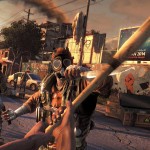 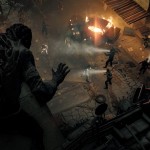 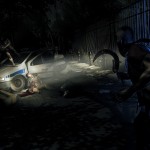 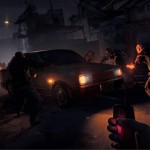 Surrounded by the undead… 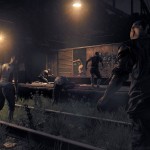 Zombies at a trainyard? Terrifying. 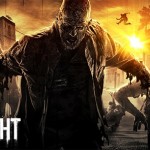 
To quote the developer talking about the Xbox 360 & PS3 cancellation:

“Dear Gamers,
As you probably know, we’re wrapping up the development of Dying Light, our biggest and most ambitious project to date. We spent the last three years making sure that all the features of our game add up to create a truly next-gen experience.

Much of this “next-gen feel” is tightly connected to the technological side of Dying Light.

For instance, up to 200,000 objects can be displayed in the game at once. Add to this our use of realistic, physics-based lighting technology and you really start to push the next-gen systems to the limits. Features like these along with our core gameplay pillars – such as the player-empowering Natural Movement, threefold character development system, and vast open world – are all an inherent part of how Dying Light plays. 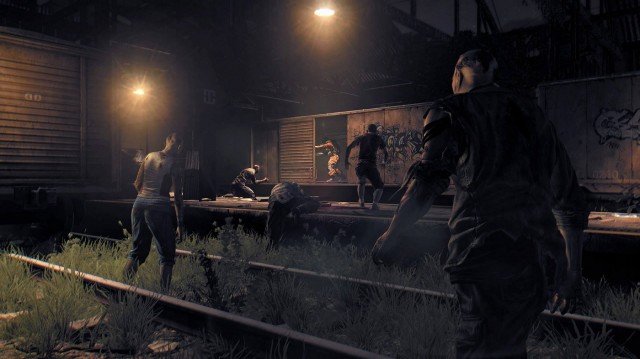 Zombies at a trainyard? Terrifying.

However, combining all of these into one fluid experience is only possible on technologically advanced platforms.

Therefore, after thorough internal testing, we have come to the conclusion that we have no choice but to leave past-gen systems behind and release Dying Light exclusively on the next-gen consoles and PC.

Put simply, older consoles just couldn’t run the game and stay true to the core vision of Dying Light at the same time.

To ensure you enjoy Dying Light as much as we would like you to, we chose to release it without any compromises on the three strongest systems available. Thanks to this, you’ll get the full and best experience regardless of the platform you play on.

We hope you understand the hard choice we’ve had to make. With the launch just around the corner, we can’t wait to show you Dying Light in the state it was meant to be. We’re looking forward to your reactions and impressions as we release the game in January 2015.” 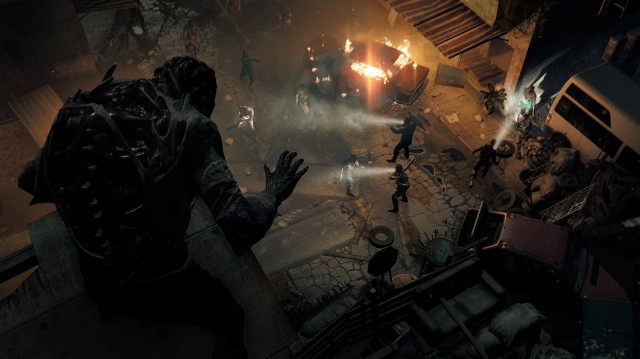 During the day, players traverse an expansive urban environment overrun by a vicious outbreak, scavenging the world for supplies and crafting weapons to defend against the growing infected population. At night, the hunter becomes the hunted, as the infected become aggressive and more dangerous.

Most frightening are the predators which only appear after sundown. Players must use everything in their power to survive until the morning’s first light. Good Night. Good Luck. 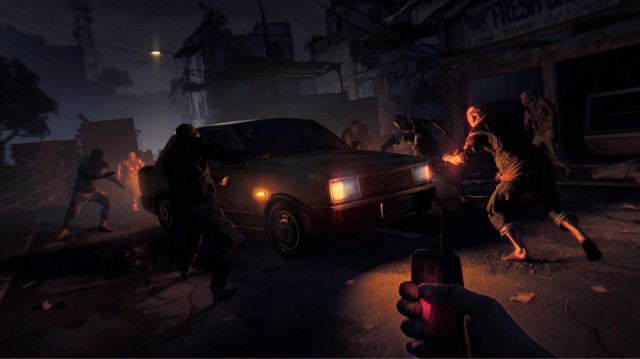 Surrounded by the undead…

Key Dying Light features include:
* At night, the world undergoes a deadly transformation: the hunter becomes the hunted as the infected grow more aggressive and numerous, and something far more sinister awakens to stalk its prey.

* Dying Light is set in a vast open world, delivering expansive and varied environments, a wide variety of enemy classes and a hopeless tale of survival where resources are scarce and the infected are not the only threat.

* Get up-close using a variety of light and heavy weapons including knives, bats, axes, sledgehammers and more exotic weaponry or utilize guns and other firepower to take down enemies from a distance.

* Why use a wrench when you can use a wrench wrapped in electrified barbed wire? Dying Light’s sizeable crafting system enables players to create a slew of new, more potent weapons and equipment, as well as specialized ammunition. 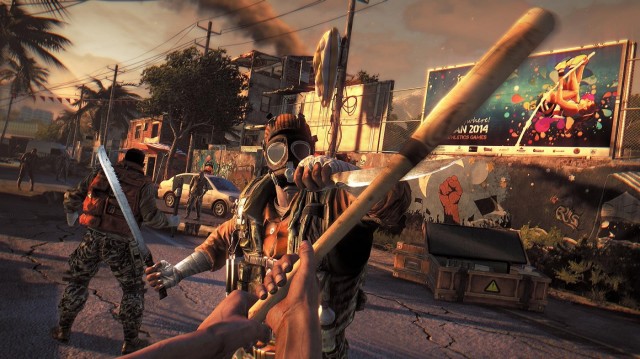 Whelp, it looks like we are truly on the dying breaths of the last-generation of consoles (Xbox 360, PS3, Wii). With this move, we are likely to see the last few stragglers hit current-gen consoles… But within the next couple of months, surely by the start of next-year, almost all games will be leaving the aging tech of the “256-bit” generation behind, and moving on to greener pastures.

If you haven’t picked up a PS4 or Xbox One, now is definitely time so that you don’t miss out on the flood of upcoming projects that will be hitting the next-gen systems exclusively in 2015.

If you’re wondering what Dying Light looks like in action, check out this impressive Dying Light gameplay trailer.

Dying Light looks awesome. Are you excited for it?