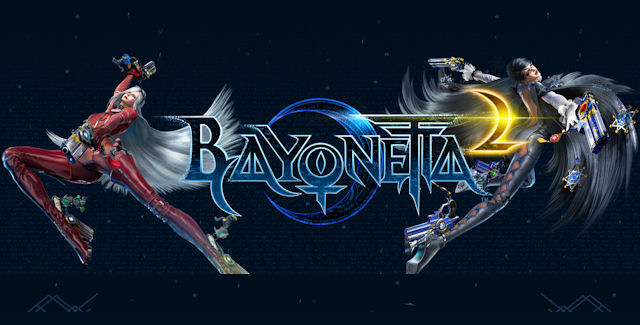 Here we will show you how to unlock all Bayonetta 2 codes with a cheats list that’s valid for the Wii U title.

How To Unlock Witch Trials Mode

How To Unlock: Complete the game’s single player Campaign on any difficulty level to unlock the Witch Trials Mode for play. There are a total of 5 Witch Trials and they become harder each time.

The Witch Trials in Bayonetta 2 are basically the same as the Lost Chapter/Angel Slayer of Bayonetta 1, but instead they are now easier to complete since they are divided into parts. It’s a good thing, since you won’t have to spend an entire hour trying to beat it. – As is shown in this video guide by Daedron12…

How To Play As Jeanne

How To Unlock: Complete the game’s single player Campaign on 2nd Climax or a harder difficulty level to unlock Jeanne as a playable character.

How To Play As Rosa

How To Unlock: Complete the game’s single player Campaign on 3rd Climax difficulty level to unlock Rosa as a playable character.

Rose’s gameplay features are:
– She only has access to one set of weapons, which are her handcannons.
– She uses Bayonetta’s animation set (combo system) from Bayonetta 1.
– Her offense power is increased at the cost of her defenses, she deals more damage but also takes more damage.
– Her Umbran Climax is replaced with Umbran Armor, which is really powerful and racks up combo points very fast. – As is shown in this video guide by Daedron12…

How To Play As Rodin & Balder

How To Unlock: During you playthrough, you’ll need to unlock Father Balder’s and/or Rodin’s Verse Card(s). Then defeat it in Tag Climax mode to unlock either/both characters for play.

How To Unlock Infinite Climax Difficulty

This video shows all the weapon accessories you can unlock or buy:

How To Farm Halos:
– Step #1: To grind for Halos you have to set the game to the Infinite Climax difficulty level and go to “Chapter 14: The Witch Hunts”.
– Step #2: Equip the “Bracelet of Time” as well as the “Gaze of Despair”. – You can buy the “Gaze of Despair” in the shop for 100,000 Halos; and you get the “Bracelet of Time” for completing all Chapters with at least a Gold ranking.
– Step #3: Next, use the “Midas Testament” item to make enemies drop Halos (they turn to gold like you can see in the video below), it is created from 10/10/10 item pieces.
– Step #4: Finally, you can go and hit things in Witch Time for a massive combo score and lots of Halos.
– Step #5: Replay “Chapter 14: The Witch Hunts” using the previous four steps over and over until you have collected enough Halos.

Following these steps will get you up to 2 million Halos every 5 minutes. Meaning you’ll get the 9,999,999 Halos you need for Rodin’s Platinum Ticket in a mere 30 minutes! – As is shown in this video guide by General_Beatrix…

How To Unlock Rodin Weapon: After you buy the Platinum ticket from Rodin at The Gates of Hell store, beat him and you will get the powerful Rodin secret weapon. The fight is only on Infinite Climax mode. And the Rodin weapon only unlocks after Chapter 8: An Ancient Civilisation. (Plus you can re-fight Rodin for free permanently afterwards.?)

How To Unlock Costumes & Move The Samus Costume’s Visor

How To Unlock: There are unlockable costumes in Bayonetta 2 that you can get by collecting money and using that to buy them from Rodin’s Shop, including Nintendo favorites Mario, Luigi, Princess Peach, Link, Samus, Star Fox & Princess Daisy.

How To Move: One of the cosplay costumes is Metroid’s Samus suit. You can actually raise and lower the Samus costume’s visor at any time during gameplay and cutscenes by pressing & holding Down on the Directional-Pad for a few seconds!

This is especially funny to do during the game’s cutscenes, since it uses in-game models to show Bayonetta. Which means any costume you wear shows up during cinematics, including you closing Samus’ Visor in the middle of Bayonetta’s conversations.

This video shows all of Bayonetta’s costumes:

This video shows all of Jeanne’s costumes:

Get tips and tricks for Bayonetta 2 from the two main creators behind the game, Director Yusuke Hashimoto and Producer Akiko Kuroda, in this interview video with gameplay from Nintendo.

How To Fix Cutscene Voices Volume

How To Fix: Some people have complained the voices from the TV are really soft audio volume or muted during the cinematic cutscenes, to the point where you can only hear them coming out of the Wii U GamePad controller’s speakers. This can be fixed by setting the Wii U system’s audio from Surround Sound to Stereo. Hopefully a future patch will fix this issue entirely for those with a surround sound system.

Until more Bayonetta 2 cheats are discovered on Wii U, we made the handy Bayonetta 2 guides listed above to help you with tips and tricks for the game!

Do you know of any Bayonetta 2 cheats or unlockables?
Let us know in the comments, you’ll get credit for finding out. – Thanks for visiting!