Pokemon X and Y How To Get Shiny Gengar, Legendary Diancie, Jumbo Pumpkaboo 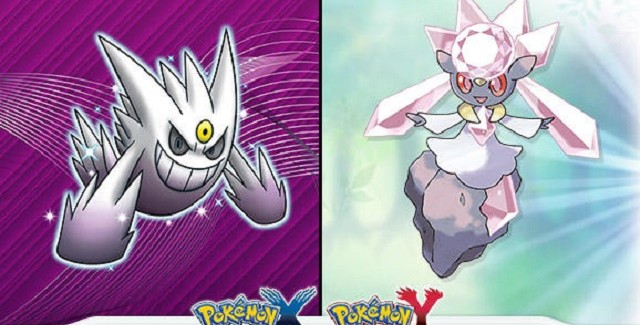 Find out in Pokemon X and Y how to get a Shiny Gengar, Legendary Diancie & Jumbo Pumpkaboo! Pokemon X and Y fans have much to celebrate this Halloween and going into November on 3DS with Special Events. These lead up to the release of Pokemon Omega Ruby and Alpha Sapphire, as such Nintendo has turned on the gravy-train and is giving away all-manner of awesome new Pokemon creatures to fans both this & next month. 😀

And if you haven’t gotten your Pumpkaboo & Shiny Gengar yet, there’s still time! But don’t delay, as time is running out!

Meet the newest Pokemon, Diancie, in this Pokemon X&Y trailer.

Here’s the Pokemon XY Shiny Gengar & Diancie image gallery.
Click on any of these image thumbnails to see the full-size photos: 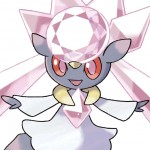 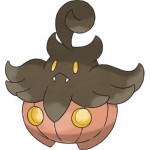 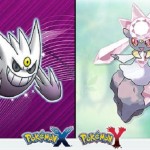 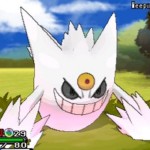 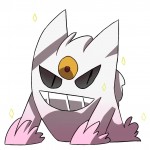 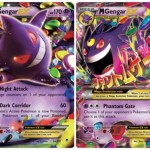 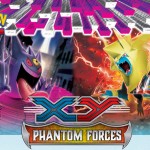 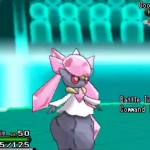 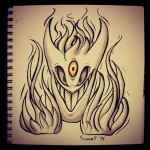 Here is how the October/November Pokemon X&Y Special Events break down: 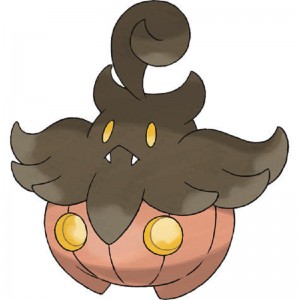 Details
Connect to the Internet via the Mystery Gift option in the Start Screen Menu to download the Halloween-themed spooky pumpkin Pokemon Pumpkaboo! These scary Pokemon come in many sizes, this being the biggest, a Jumbo sized Pumpkaboo! Normally, this Pokemon comes in only four different sizes (the previous biggest size being Super Size).

Pumpkaboo is a Ghost/Grass type that looks like a walking Jack-o-Lantern pumpkin (okay not really, but I just like to say that haha. It’s really just a walking pumpkin with a ghostly root at top). This particular Pumpkaboo arrives in the Halloween spirit among download, with fright-themed moves including Trick-Or-Treat & Scary Face. It also comes with a Rocky Helmet, which damages the attacker.

Trade Pumpkaboo to a friend and you’ll receive a Super Size Gourgeist! This Jumbo Gourgeist is required if you want to take part in the Halloween “Trick-or-Treat Friendly” online competition. The tournament will begin on Friday, October 24th & you must register before October 23rd at 11pm UTC. You must have a Jumbo Gourgeist in your Battle Box in order to compete. 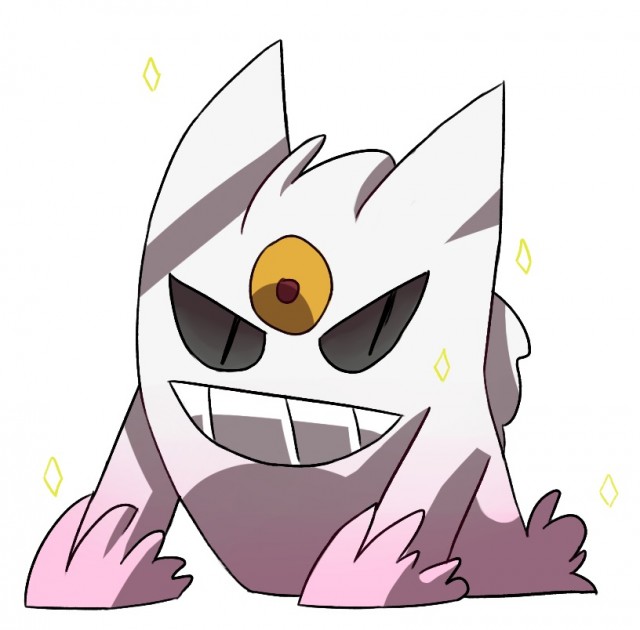 How Do I Get It?
GameStop-Exclusive. Go to the counter and ask for the Shiny Gengar voucher. If available, you’ll get a voucher with a code on it. Scratch the code off the back to reveal the long series of numbers & letters (16-digit-code).

Turn on the game>Press Start>select “Mystery Gift”>select “Receive Gift”>select “Get With Code”>Say “Yes” then “Yes” again to connect to the Internet via wifi>Enter your code from the voucher you got at GameStop. If successful, your Shiny Gengar will download! Huzzah! 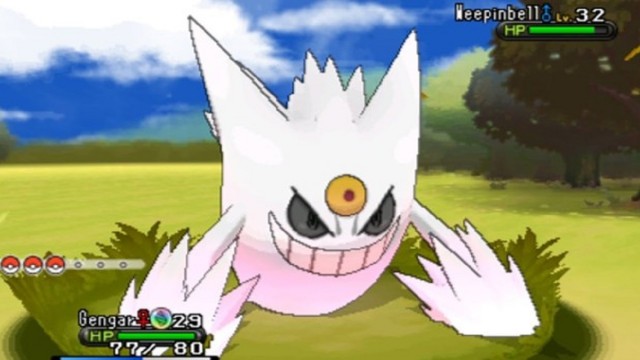 Details
Shiny Gengar is a super rare promo Event Pokemon, a ultra-rare Shiny version. Shiny Pokemon are Pokemon that are ultra-rare, and feature slight or vast differences in colorization. This Shiny Gengar from GameStop is an official Nintendo Event promotional Pokemon, so you’ll only be able to obtain him via this event and only during October 2014. 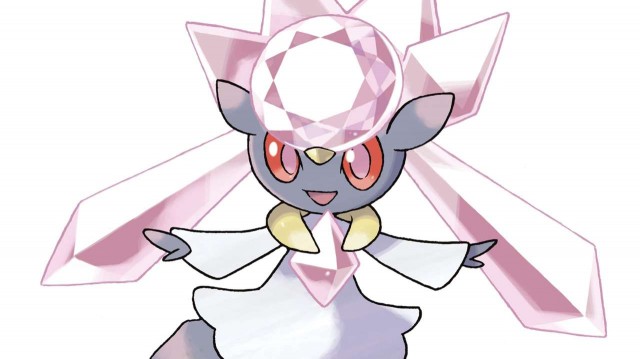 How Do I Get It?
GameStop-Exclusive. Head back to GameStop between October 27th & November 16th. At the counter, ask for the Legendary Diancie voucher. If available, you’ll get a voucher with a code on it. Scratch the code off the back to reveal the long series of numbers & letters (16-digit-code).

Turn on the game>Press Start>select “Mystery Gift”>select “Receive Gift”>select “Get With Code”>Say “Yes” then “Yes” again to connect to the Internet via wifi>Enter your code from the voucher you got at GameStop. If successful, the ultra rare, one-time-only mythical Pokemon Diancie, NOT OBTAINABLE IN THE NORMAL GAME, will be your’s! 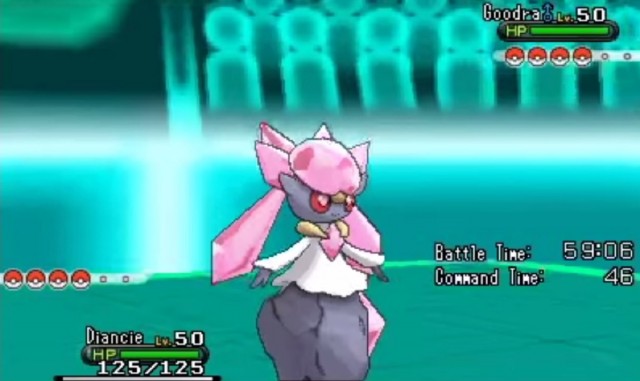 “Known to boast the greatest beauty in all the world. Diancie’s body glitters pink, captivating the hearts of many. During battle, Diancie can produce a great volume of diamonds instantaneously by compressing air between its hands. It uses these diamonds to attack enemies and protect itself.”

There is no way to obtain Diancie in Pokemon X or Pokemon Y except via this special promotion by Nintendo to celebrate the launch of Pokemon: Omega Ruby & Alpha Sapphire for 3DS (hitting on November 28, 2014 in North America, Australia & Japan; November 28th in Europe).

Making this Pokemon extra special is the fact that players will be able to transfer it from Pokemon X&Y for 3DS into Pokemon: Omega Ruby or Pokemon: Alpha Sapphire for 3DS, at which point Diancie can Mega Evolve into Mega Diancie once you obtain its Mega Stone in the game!

Diancie will be the main focus of the newest Japanese Pokemon anime film, “Cocoon of Destruction and Diancie”, which hit theaters back on July 19th, 2014, and is the 17th Pokemon film in the never-ending anime series.

The XY—Phantom Forces expansion includes well over 100 awesome cards with which to build your new winning deck. It launches on November 5, 2014. 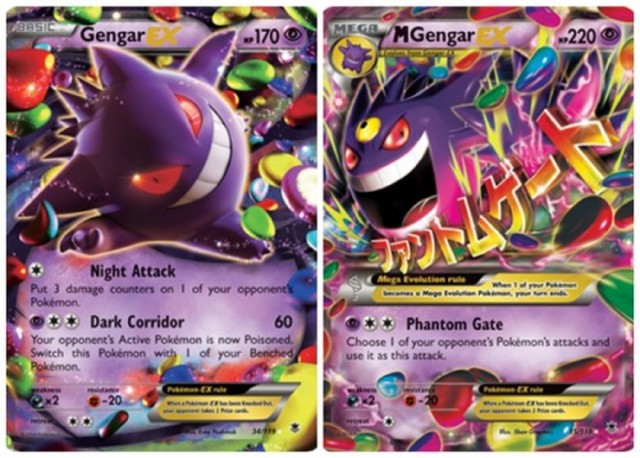 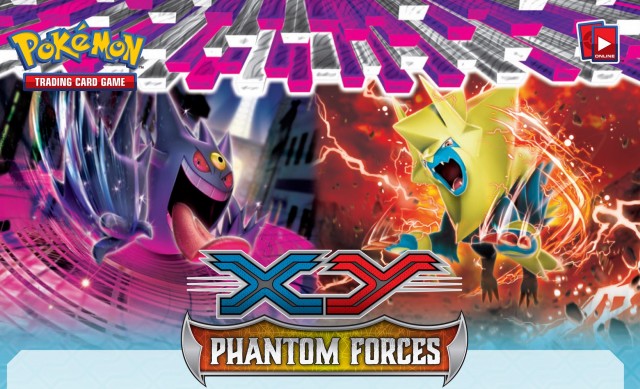 Very exciting stuff for Pokemon fans! I got ahold of my Shiny Gengar, as did my brothers, sister & brother-in-law, and I can’t wait to get my hands on Diancie!

I never got to play the original Pokemon Gold & Pokemon Silver games, so this is very exciting for me.

Which Pokemon are you more excited about, Mega Gengar or Diancie?