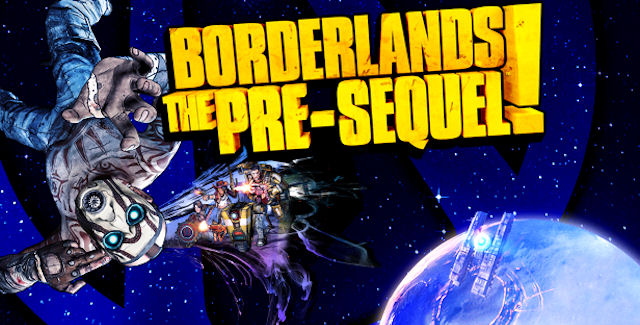 Our Borderlands: The Pre-Sequel walkthrough will guide you through the beginning to ending moments of gameplay with strategy tips for this FPS Action-RPG game on the PS3, Xbox 360 & PC.

Launch into the Borderlands universe and shoot n’ loot your way through a brand new adventure that rockets you onto Pandora’s moon in Borderlands: The Pre-Sequel!

Let’s start the Borderlands: The Pre-Sequel walkthrough with an introduction video narrated by Sir Hammerlock and Torgue!

Please note that viewers must be at least 18 to watch, so no harm comes to those with innocent eyes. This game includes Blood, Language, Sexual Themes, Violence, Claptrap.

Index of Borderlands: The Pre-Sequel Guides:

Borderlands: The Pre-Sequel is a new role-playing shooter in the critically acclaimed Borderlands series. Play as four all-new character classes while carving a path of destructive mayhem across Pandora’s never-before-seen low-gravity moonscapes with all new moves, weapons, and vehicles!

Get high with low gravity and jump right in to fight alongside future megalomaniacal tyrant Handsome Jack, while preventing the destruction of Pandora and its moon.

Contribute to the rise of the corrupt Hyperion Corporation and watch Handsome Jack’s transformation from a man trying to do good, into a ruthless tyrant, constantly seeking fortune, power, and infamy.

Welcome to the Borderlands: The Pre-Sequel walkthrough!

Bebop & Ridgedog will be your voice-over commentators showing you around the game’s areas.

Tip: Health regeneration is now built into the skill tree of each class.

Tip: All laser weapons have an elemental effect. Ignite, freeze, corrode or electrocute your enemies away.

Side Mission: Land Among the Stars & Follow Your Heart