The Evil Within Walkthrough 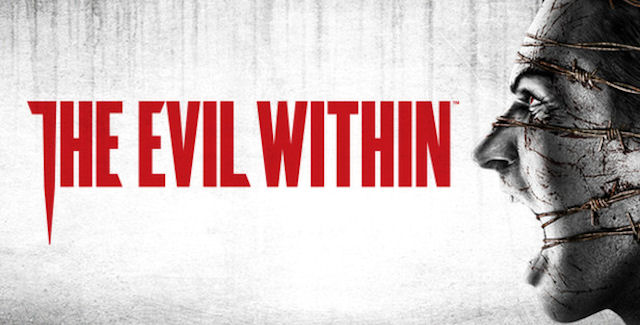 The Evil Within walkthrough will guide you through the beginning to ending moments of gameplay with strategy tips for this survival-horror game on the PS3, PS4, Xbox 360, Xbox One & PC.

Developed by Shinji Mikami — creator of the seminal Resident Evil series — and the talented team at Tango Gameworks, The Evil Within embodies the meaning of pure survival horror. Experience a disturbing reality as you try to break free from warped machinations that could only exist in the most horrifying worlds. Face twisted creatures and experience true terror, all heightened by cutting edge lighting and animation made possible by a customized version of the id Tech 5 engine.

Let’s start The Evil Within walkthrough with an introduction video!

Index of The Evil Within Guides:

The Evil Within Walkthrough

The story starts as follows…

While investigating the scene of a gruesome mass murder, Detective Sebastian Castellanos and his partners encounter a mysterious and powerful force. After seeing the slaughter of fellow officers, Sebastian is ambushed and knocked unconscious. When he awakens, he finds himself in a deranged world where hideous creatures wander among the dead.

Facing unimaginable terror, and fighting for survival, Sebastian embarks on a frightening journey to unravel what’s behind this evil force.

Minimum PC Specs:
• OS: 64-bit Windows 7 SP1/Windows 8.1
• Processor: i7 or an equivalent with four plus core processor
• Memory: 4 GB RAM
• Graphics: GTX 460 or equivalent 1 GB VRAM card
• DirectX: Version 11
• Hard Drive: 50 GB available space
• Additional Notes: It’s worth noting that the 50 GB of space required is for the PC install. When the installation is complete, the game will take up around 41 GB of HDD space

Recommended PC Specs:
• OS: 64-bit Windows 7 SP1/Windows 8.1
• Processor: i7 with four plus cores
• Memory: 4 GB RAM
• Graphics: GeForce GTX 670 or equivalent with 4GBs of VRAM
• DirectX: Version 11
• Hard Drive: 50 GB available space
• Additional Notes: It’s worth noting that the 50 GB of space required is for the PC install. When the installation is complete, the game will take up around 41 GB of HDD space

Welcome to The Evil Within walkthrough!

Doug will be your mostly-scared, sometimes-brave voice-over commentator showing you around the game’s areas.

Detective Sebastian Castellanos and his partners are called in to investigate a gruesome mass murder. After witnessing a mysterious force slaughter his fellow officers, Sebastian is ambushed and knocked unconscious.

When Chapter 1 starts, Sebastian finds his world has been turned upside down. Facing unimaginable terror and fighting for survival in a world where hideous creatures wander among the dead, Sebastian embarks on a frightening journey to unravel who or what is behind this unimaginable evil.

How To Escape The Sadist: The Sadist is the name of the butcher guy you encounter at the start of the game after you get your ropes loose by swinging towards the knife and grabbing it with the action button. Instead of walking straight up to The Sadist, avoid his line of sight to grab the keys from the butchers table and stealthily make your way to the exit.
Whatever you do… DO NOT stab The Sadist in the back with your knife when he turns away from you. It won’t hurt him, and you will not survive this encounter as he will chainsaw your freaking arm off!

Killing Enemies Tips: Use headshots, matches, and sneak skills to conserve ammunition. The Haunted Enemies (AKA Zombies) won’t notice if you come up behind them. – Sneaking towards them can be done by pressing the R2 right trigger on PlayStation / RT right trigger on Xbox. Sneak control settings can be changed in the Options Menu.

To fully kill an enemy, you’ll have to make sure you shoot their head off clean or at least destroyed their brain with your knife. And if you didn’t, then you’ll have to burn their body with a match or they will come back to life.

Enemies can be distracted by throwing bottles. When attacking them, keep in mind that melee attacks are primarily defensve and best used as a last resort. A better idea is this: Hit an enemy in the head with a bottle to stagger them and this will allow them to be killed with a sneak kill.

After getting rushed to a hospital, let’s explore the creepy village. No, you’re not the only one getting some great Resident Evil 4 town vibes. Spooky atmosphere!

Health Hint: If you stand still, your health will recover up to a certain point.

Saving Tip: The “Clair De Lune” piano tune will play in-game whenever you get close to a save point sanctuary. Let the music guide you to safety.

How To Avoid Bombs Tip: When you hear the rapid beeping sound of a bomb that’s about to explode, you should know that bombs can be snuck past without detonating them. Just sneak/crouch-walk past them. – Beware of traps at your feet. Disarm them whenever you find them. When disarming explosive traps, timing it a little early is better.

Tip: Oil spilled on the ground can be lit with a match. This can help you get rid of multiple nearby enemies at the same time.

Chapter 3: Claws of the Horde

Face the horde of haunted and take out The Sadist.

Progression Tip: Make sure to use the Green Gel to upgrade your Run by the time you reach Chapter 6. That’s because after the first few Chapters of the game Run is more useful than the hide/seek stealth option. Why? Because sometimes running away is the best strategy. But in all seriousness… It may vary depending on your favorite play-style, but it’s likely you’ll feel pushed towards running away from enemies to get enough distance between you and then for gunplay most of the time.

Fast Door Opening Tip: Press the X button on PlayStation / A button on Xbox once to slowly push open a door. Press that button repeatedly to kick open the door! – As a bonus, kicking a door open can knock down enemies on the other side.

Horde Escape Fighting: If you hold the left trigger button while melee attacking an enemy, you’ll continue to attach straight ahead of you, instead of stomping any enemies at your feet.

Another tactic for getting away from a horde is to shoot a running enemy in the leg to knock them down and get away before the rest overrun you.

We arrive at a hospice care facility run by the good doctor’s brother Valerio.

Enemy Weaponry Tip: Axes dropped by enemies do a lot of damage, but can only be used once.

Enemy Behavior Notes: Enemies are more likely to notice you if you sprint nearby them.
Fatter enemies have more health. Be careful not to use too much ammunition on them.

Tip: Invisible enemies can be tracked when they step in puddles of water.

Protip: When encountering the main antagonist Ruvik, NEVER touch him or you’ll die!

Chapter Starter Tip: First in Chapter 5, make sure you follow the “Clair De Lune” piano music to get to a save point sanctuary, you can use this safe haven to upgrade your skills with the Green Gel you’ve been collecting throughout the game. In that same room before you enter the save point sanctuary, you’ll also find a silver case on the table that holds the mighty Agony Crossbow!

How To Beat The Shrieking Beast: The bloody, long-haired creature can be defeated with weapons, but fighting her is not recommended. Since setting her on fire is the only recommended method of killing her. Do this by way of matches, and setting fire to fuel & tanks next to her to do damage to her.

Inventory Shortcuts Suggestion: Item shortcuts can be set via the Inventory.

The Evil Within Walkthrough continues on Page 2 with Chapter 6: Losing Grip on Ourselves.