The Evil Within Trophies Guide 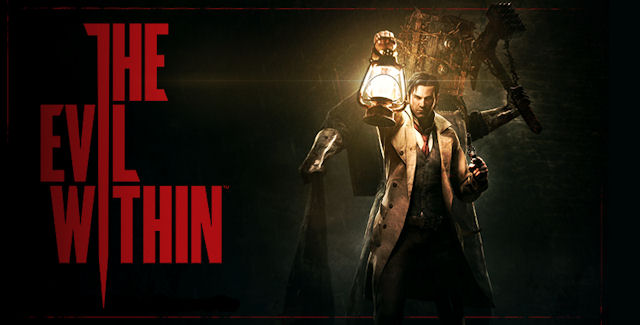 The Evil Within trophies guide lists every trophy for this PS3 & PS4 survival-horror game and tells you how to get and unlock them.

In The Evil Within trophy guide we’ll show there are 42 Trophies (8 Hidden) that can be earned in the PS3 and PS4 versions. Earn Bronze (28), Silver (9), Gold (4), and Platinum (1) Trophies to increase your Gamer Level.

Index of The Evil Within Guides:

The Evil Within Trophies Guide

1. Pure Evil (Platinum) — Unlocked all trophies for The Evil Within.

3. Another Day on the Job (Silver) — Complete the game on Survival difficulty.

4. Master of Horror (Silver) — Complete the game on Nightmare difficulty.

Tip: First complete the game on any difficulty to unlock the Nightmare difficulty.

5. Every Nook and Cranny (Silver) — Collect every collectable in the game.

Tip: To find all collectibles, check out our “The Evil Within Collectibles” guide.

6. Master of Unlocking (Bronze) — Open up all the lockers in the save room.

11. Why Can’t I Hold All This Ammo? (Bronze) — Upgrade all options in the Stock menu.

14. Silent Kill (Bronze) — Kill 5 enemies in a row with a sneak kill without being discovered.

Look for a single enemy near a checkpoint, then sneak kill him (by crouch walking toward him to make minimal noise) and attack him with your knife from behind and load the last auto-save again. Just repeat this until you have done 5 sneak kills without being detected. There’s a great spot in Chapter 2 where an enemy is standing next to a campfire and there is a checkpoint at the same place. Kill him, pause the game, load up the auto-save and repeat.

Location: In the Chapter 4 village or Chapter 9: The Cruelest Intentions mansion, you can go gun-wield or stealth kill all the enemies walking around.

Tip: To fully kill an enemy, you’ll have to make sure you shoot their head off clean or at least destroyed their brain with your knife, and if you didn’t then you’ll have to burn their body with a match.

20. Bloody Bar Brawl (Bronze) — Sneak Kill an enemy after hitting them with a bottle.

Can be done in the area after the zombie that is banging on the door in Chapter 2. Go up the hill and there will be a zombie next to a campfire. Grab one of the bottles from the ground and throw it on his head. It is important that you hit the head! This will stun him for a few seconds. Quickly run up to him and perform the sneak kill.

In front of the gate that you need to open are two zombies sleeping on the ground. Do not use the crank for the gate yet, as it will wake them up. Lure another zombie to them and shoot him in the leg so that he falls to the ground. When all 3 are close together you drop the match to burn them.
You can load your last auto save if you need to try it again. Just make sure the third zombie lands on top of the two sleeping zombies.
If you are out of matches you can find some in the buildings of this area.

23. It Is What It Is (Gold) — Finish the game without upgrading any skills with green gel.

Tip: First complete the game on Survival difficulty to unlock the Akumu difficulty.

The only zombie you are allowed to kill in this mission is the very first one where you obtain the revolver. You may damage other zombies, just don’t kill them with your weapons or melee attacks. It is okay however, if they walk into traps and kill themselves. This does not count as a kill and won’t void the trophy.
Just run past all enemies. It doesn’t matter if they see you or not. When you reach the gate you have to open it with a crank. Some zombies will wake up nearby and attack you. So let go of the crank and lure them far away. Then run back to the gate and open it.

26. Knife Beats Chainsaw (Silver) — His engine roars, but my knife is strong enough to take him out. (Ch.3)

At the end of this chapter you need to fight a big chainsaw zombie. Before entering this fight you should eliminate all other enemies in the area to make the trophy a lot easier.
The key for an easy sneak kill is to fire flash bolts with your crossbow. A flash bolt can be found in the watch tower on the right side of the area. You can always craft more for 2 crafting materials per bolt (disable traps to gain enough upgrade materials). Before stunning the zombie you should weaken him. As shown in the video guide, you can shoot him twice with explosive bolts, twice with standard harpoon bolts and twice with the shotgun. Now all it takes is one sneak attack with the knife to kill him. If you didn’t weaken him enough, then just keep crafting flash bolts, shoot them at the enemy and keep doing sneak attacks until he is dead.

In the very beginning of Chapter 4 you need to follow your teammate “the doctor” for a couple of seconds until he stops in front of the entrance door to a building. Go in and explore the ground floor. In one of the rooms is an old friend of the doctor and he turned into a zombie. Killing him will trigger a cutscene and the trophy will pop after the cutscene is over.

Follow the video guide’s path through Chapter 5 to see where Joseph doesn’t get hurt.

During Chapter 7 you will encounter Keepers for the first time. Those are the large enemies with a metal box on their head. For this trophy you are only allowed to kill two of them (and those two have to be killed to progress in the mission)!
The first one you encounter has to be killed to open a door. This will bring you to a gassed area where a lot of Keepers spawn infinitely. You may not kill them. Instead, use the valves to make the gas go away. In the room of the second valve another Keeper will spawn. This is the last one you are allowed to kill.

The third valve is the biggest challenge. It takes some time to turn it off and one of the Keepers will be hunting you. Lure him to the opposite side of the area and shoot him with a Freeze Bolt to slow him down. Now quickly run over to the third valve and turn it off. Complete the chapter to unlock the trophy.

During this chapter you may never shoot any of your weapons to get this trophy! You can equip your weapons, but you are not allowed to use them.
The only tough part is in the very beginning where there are several enemies roaming the area. You need to use a crank to open a gate, but there are two enemies in front of it. You have to lure them away to the other end of the cave. Just let them see you and slowly walk away (not too fast or they will lose you and return to their posts).
Once you have lured them away you run back to the gate as quickly as you can and open it. The rest of the chapter is very easy. Just run past all the enemies and you’ll be done after a couple of minutes.

Follow the video guide’s path through Chapter 10 to see where you can beat Laura before reaching the elevator section.

At the end of Chapter 12 after you use the mounted machine gun, you will get back on the bus and you will be in control of the steering. You just need to use the left analog stick to steer away from the enemies. If you hit an enemy you will need to load your last save.

Follow the video guide’s path through Chapter 12 to see where to drive.

34. Entry Level Electrician (Bronze) — I should get this whole generator panel running just in case. (Ch. 14)

35. Weapon of Choice (Bronze) — Defeated the Sadist within the village.

Note: The Shrieking Beast AKA Spider Lady is called RE-Bone Laura. She’s a six-armed/legged The Ring-like girl with four claws & long black hair, who appears from pools of blood while screaming loudly. Yeah, she does sound like she would fun to hang out with, doesn’t she?

Tip: The only way to kill her, while running away (because -let’s face it- at this point you are soiling your pants), is to set her on fire with matches, fuel and tanks to do damage to her. Hence the achievement name.

Follow the video guide’s path through the Chapter 5: Inner Recesses’ shrieking beast boss fight to see how to burn her.

37. Two on Two (Bronze) — Took out both guardians before the church.

38. What’s In The Box?! (Bronze) — Escaped the Keeper beneath the catacombs.

Note: The Keeper is the large Boxhead enemy (named so after the vault on his head) that comes at you with a giant meat tenderizer hammer.

Tip: You’ll have to do a lot of damage to kill him; It may not look like guns hurt him, but they do. Make sure you’re nowhere near a safe when you do kill him or he’ll simply regenerate behind you.

39. The First, Not the Last (Bronze) — Ended a monstrosity in the underground garage.

40. Arachnophobia (Bronze) — Outran a gigantic threat in the city.

41. Slither into Oblivion (Bronze) — Removed an invisible enemy from the equation.

42. One of the Many (Bronze) — Defeated the ultimate evil within.

Please comment if you have any The Evil Within trophy unlock tips of your own. Kudos will be given. – Thanks for visiting!