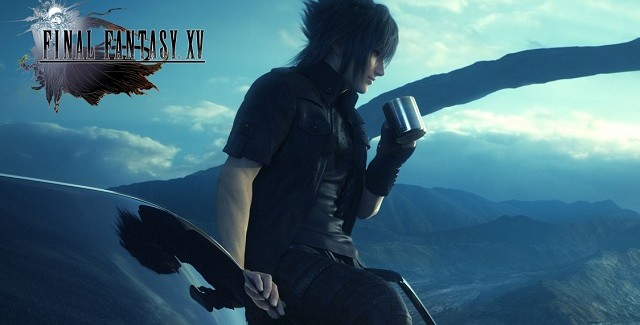 Final Fantasy XV was officially announced for PlayStation 4 & Xbox One at E3 2014 as the 15th title in the long-running Square Enix RPG franchise. FFXV will also mark the long-awaited release of Final Fantasy Versus XIII, a title 8 years in development, now renamed FFXV.

FF15 was a huge focus for Square at the recent Tokyo Game Show, so check out the first official FFXV trailer showing off gameplay footage, car driving, fun chats between friends and Action RPG gameplay!

Here’s the Final Fantasy XV image gallery.
Click on any of these image thumbnails to see the full-size screenshots: 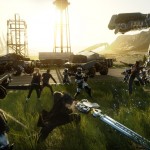 Does FFXV look gorgeous or what? 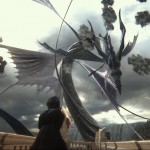 The water summon Leviathan lords above! 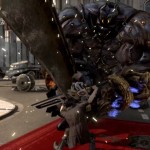 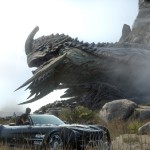 A car and a giant Adamantoise?! Sign me up! 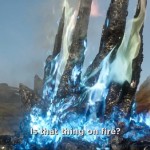 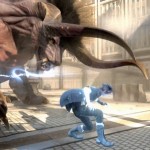 Facing off against some Behemoths! 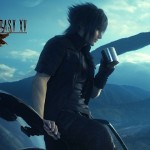 
You’ll be able to play Final Fantasy XV in 2015 when it releases, as well as play the demo if you buy the upcoming Final Fantasy Type-0 HD releasing for Xbox One & PS4 in March 2015, which will come with a download code giving you exclusive access to the FFXV demo (although the demo might not be released until a later date).

The universe of Final Fantasy XV meanwhile is based on a more “realistic” world, infused with the lightning-fast action that we originally saw in Final Fantasy VII: Advent Children, the 2006 CG feature film.

This game looks like that film, but in videogame form!

You’ll also be rolling with a posse of characters who can actually help and assist you, as main character Noctis, in battle; And do so in unique ways that we haven’t seen before in a Final Fantasy title. Mix in colossal enemies and bosses, including summons (you can see Leviathan in the trailer, as well as staple enemies like Behemoth and Adamantoise) and you have one of the most exciting Final Fantasy titles in years!

I’m greatly looking forward to this one!

Along with everyone else, I never thought that Final Fantasy Versus XIII would ever see the light of day, after 8 years of development hell.

It’s finally a reality and it is looking every bit as exciting as we could have ever dreamed for. It looks like Square has really put their blood, sweat & tears into this one; like they have all of their core titles.

But given the Action RPG nature and the fact that FFXV has been in development since 2006 or even before, it all makes this one extra exciting.

Can’t wait to get my hands on it!

How excited are you about Final Fantasy XV?