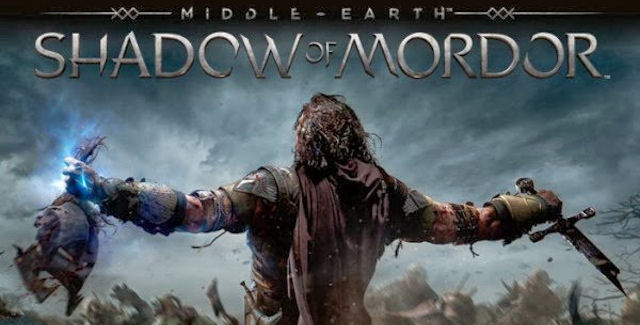 Get “A Look behind the Shadow.” Watch this episode on the making of Middle-earth: Shadow of Mordor. Follow the team’s journey from the very beginning and see what it’s like to develop a game set in one of the most beloved fantasy worlds.

Get gameplay tips and tricks on the Nemesis System from the developers at Monolith Productions themselves.

Talion, a Ranger of the Black Gate, has been brought back from death by an ancient wraith to seek vengeance on the forces of Sauron that killed him. Uncover the foundation of Middle-earth: Shadow of Mordor in this comprehensive look at the open-world action RPG.

Next, you get all the information you need to get up to date on all things: The Ranger & Wraith, Cast, Weapons & Runes, Nemesis System, Creatures and other extras.

Pre-order Middle Earth: Shadow of Mordor and get access to “The Dark Ranger” at all stores and the Amazon-Exclusive “Deadly Archer Rune”.

• The Amazon-exclusive “The Deadly Archer Rune” gives you bonus bow attack against bosses. It will be a separate promotional code that is delivered via e-mail within two days after your product ships. Offer valid when shipped and sold by Amazon.com. Amazon reserves the right to change or terminate this promotion at any time.

• Then there’s the Walmart-exclusive “The Rising Storm Rune” that will unlock ‘The Storm of Urfael,’ enabling you to use unlimited combat executions.

• There’s also the Steam-exclusive “The Orc Slayer Rune”, which will help you decimate Sauron’s Captains with increased damage from special attacks.

Get a first look at the pre-order bonus Dark Ranger Character Skin in action.

• ‘Lord of the Hunt’ Story Mission: Players will gain new skills and earn unique epic runes as they hunt and tame legendary monsters of Mordor

• ‘The Bright Lord’ Story Mission: Play as Celebrimbor, the great Elven king of the Second Age, and face Sauron and the might of his forces

• Test of Speed Challenge Mode: You can demonstrate your efficiency in battle and earn high scores for Talion’s speed in defeating your foes

• Test of Wisdom Challenge Mode: You can prove your strategic abilities, through earning points for skill, speed and efficiency

• Endless Challenge Mode: This mode will continually spawn new legions of enemies. The Runes that you will earn will provide powerful upgrades

Middle-earth: Shadow of Mordor delivers a dynamic game environment where the player orchestrates their personal plan of vengeance as they bend Mordor to their will. The game begins on the night of Sauron’s return to Mordor, as his Black Captains brutally execute the Rangers of the Black Gate. Players become Talion, a ranger who loses his family and everything he holds dear, only to be returned from death by a mysterious Spirit of vengeance. Based on the player’s actions with the in-game Nemesis System, every enemy encountered is distinct and can evolve to become a personal archenemy through the course of the game. As Talion’s personal vendetta unfolds, players uncover the mystery of the Spirit that compels him, discover the origin of the Rings of Power and confront the ultimate nemesis.

The Palantir App is available to download for free from the App Store. A partnership between WBIE and Wikia, Palantir will sync with game assets and the final game, to reveal additional layers of information, insights and fan-authored content, creating a unique second-screen experience. Enable Palantir’s sync mode while the Shadow of Mordor – Season Pass Trailer video plays to try it out.

Do you know of any Middle-earth: Shadow of Mordor cheats or unlockables?
Let us know in the comments, you’ll get credit for finding out. – Thanks for visiting!