New 3DS & New 3DS XL systems with lots of improved features have been announced for a 2015 release by Nintendo (they’ll hit Japan this October). Pricing details as well as an official American release have yet to be confirmed, although Europe will be getting it in 2015, so you can probably expect the same for the US.

Called simply “New 3DS” and “New 3DS XL”, these systems feature a number of welcome and highly-requested improvements over the old hardware as you can see in the photos below.

Here’s the New 3DS & New 3DS XL image gallery.
Click on any of these image thumbnails to see the full-size photos: 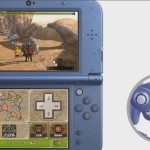 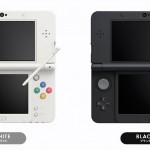 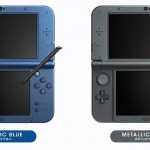 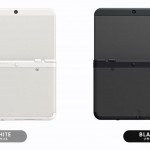 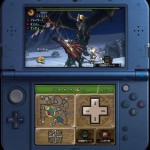 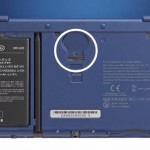 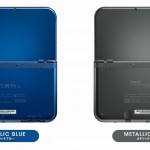 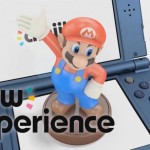 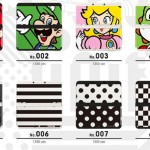 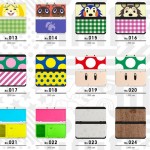 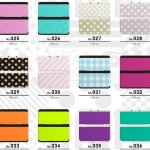 The bigger “New 3DS XL” (the same size as the regular 3DS XL) does not feature colored facebuttons, although the printed letters on each facebutton are in the same colors as above, which also looks cool. But isn’t as pronounced. The New 3DS XL will come in two colors: Metallic Blue and Metallic Black.

Now let’s break down all the new features bit-by-bit: 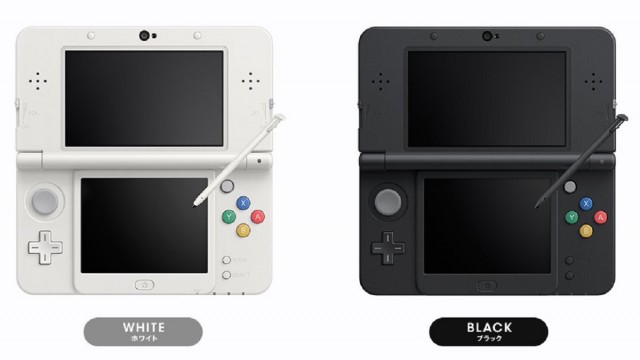 What’s neat is that these new systems once again put the emphasis on 3D that was lost once Nintendo de-emphasized it and shed it completely with their 2DS line. So this is definitely an interesting development. 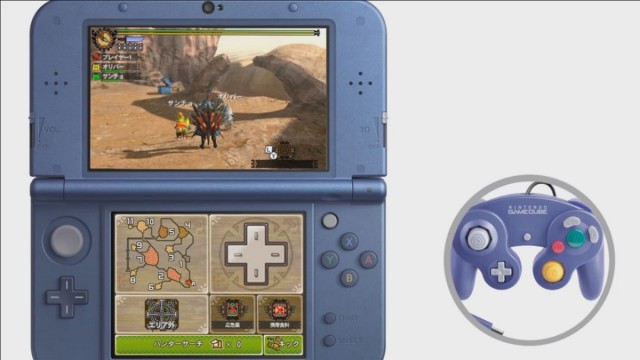 New “C-Stick” Adds A Small 2nd Circle Pad Above Face Buttons
The biggest new feature of the new 3DS & new 3DS XL is the addition of a second Circle Pad. However, unlike the Circle Pad Pro accessory, which added a second full-sized stick via an accessory that snapped onto the right side of the old 3DS & 3DS XL, this new Circle Pad on the “New 3DS” and “New 3DS XL” is tiny in size.

Dubbed the “C-Stick” (just like on the GameCube Controller), this small stick is located just above the face buttons. While you could use the C-Stick as a second analog stick if you wanted, it is more likely going to be used for camera adjustments and other secondary functions in games. Either way, a very welcome development.

Already many games are in development that make use of the C-Stick, including Dragon Quest X: Online, Final Fantasy Explorers, and Monster Hunter 4G which use it to control the camera, meanwhile Super Smash Bros. 3DS will use the C-Stick exactly like on a GameCube controller, allowing you to perform Smash Attacks quickly & easily with it. 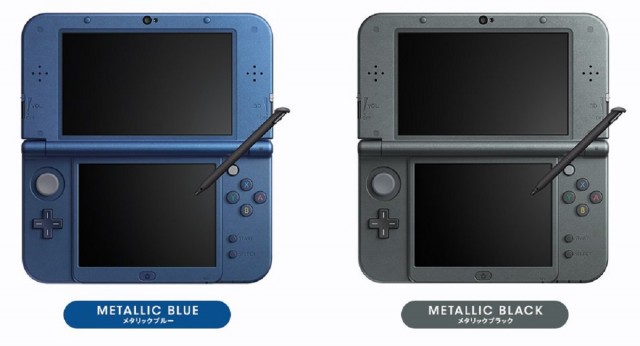 Two New Shoulder Buttons – ZL & ZR
Increasing the core number of action buttons from six to eight, are two all-new shoulder buttons dubbed ZL & ZR. Their placement is similar to that of the Wii Classic Controller. These are very important additions, and will ensure that ports of Wii U titles will be easier to make with the addition of two new shoulder buttons.

Built-In Amiibo Functionality Via New NFC Reader
Amiibo, Nintendo’s new Skylanders-style figurines of fan-favorite characters like Mario & Link, will be launching this holiday 2014 along with the new Wii U Super Smash Bros. Nintendo is making a big push with these new figures and will be integrating them into all-manner of upcoming, and existing, titles.

Because of this, Nintendo has decided to go ahead and build an NFC Reader directly into the New 3DS & New 3DS XL, allowing you to easily swipe & use any Amiibo figure with the 3DS… Which is good, because Super Smash Bros. 3DS makes use of Amiibo, and you will no longer have to buy an accessory to scan them in to the 3DS version. This also opens up the 3DS platform to make use of Amiibo just as much as upcoming Wii U games. A huge win for 3DS owners. 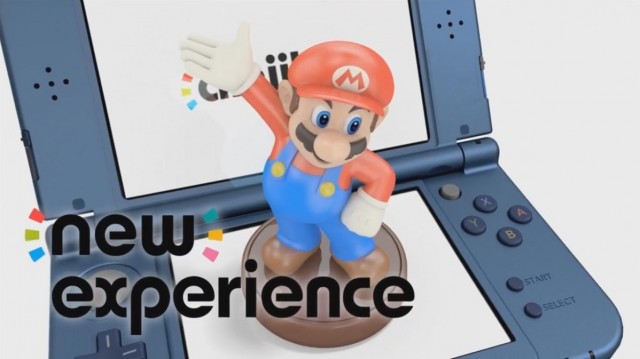 New MicroSD Slot (Full-sized SD Cards No Longer Supported)
The MicroSD slot is in a stranger place this time, with you slotting it into the bottom of the system.

* The New 3DS & New 3DS XL can automatically adjust the brightness based on the lighting around you.

* The Power Button & Game Card Slot are now on the front of the system, along with the stylus holder. 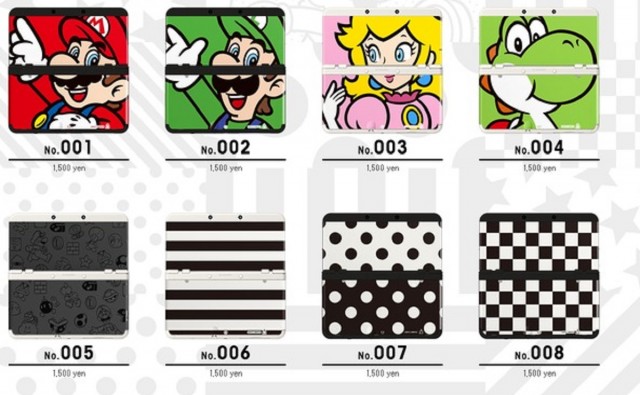 New 3DS, The Smaller Model, Gets Exchangeable Faceplates
In a very fun move, Nintendo has brought back the exchangeable faceplate idea that they first introduced with their failed “Game Boy Micro” system in 2005. Of course, most everyone is familiar with faceplates now thanks to cellphones & the mobile platforms. Like with those platforms, the New 3DS will allow you to swap in new faceplates with a number of design themes to personalize your system. This is a very welcome development.

38 Different New 3DS Faceplates Shown
Nintendo showed off a TON of faceplate designs that they will be selling for the New 3DS so fans can personalize their system. Among them are: Mario, Luigi, Peach & Yoshi faceplates, gray faceplates featuring retro Mario artwork, red/blue/yellow faceplates, black & white checkerboard and polkadot faceplates, Animal Crossing themed faceplates, Super Mushroom & 1UP Mushroom faceplates, wooden-style faceplates, neon color faceplates, and many, many more! The price range in Japanese yen translates to between $10 and $28 for new faceplates. $28 is very pricey, I hope they make them very cheap. $5 sounds right. 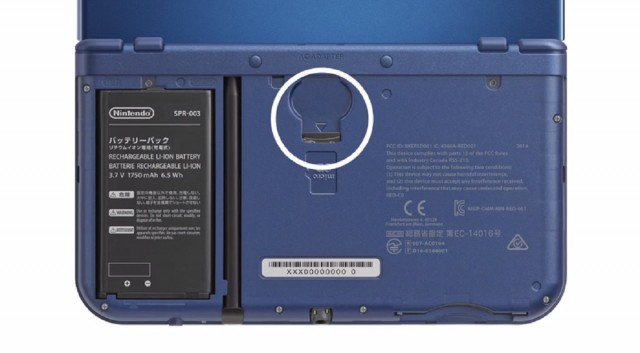 Additionally, Nintendo announced that a port of the Wii’s Xenoblade Chronicles is coming to 3DS… and it sounds like it will be exclusive to the New 3DS & New 3DS XL.

Those upgrades to the original DS Line featured all manner of new games that would only work on the DSi systems, particularly digital games, as the original DS line had no main menu or ability to download digital products.

If that is the case, then these new 3DS systems will be a required purchase for all Nintendo fans.

I’ve been meaning to upgrade to an XL, so this comes with perfect timing for me. However I have a friend who just recently made a 3DS XL purchase, so I can imagine he’ll be a bit miffed at these new 3DS system announcements. 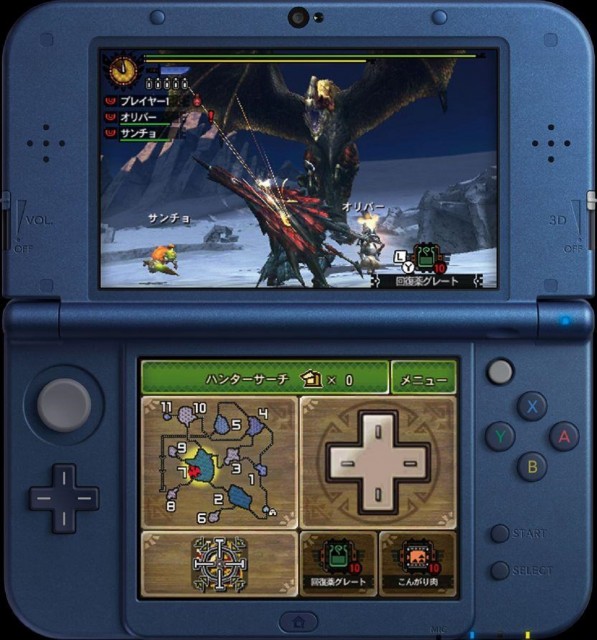 It’s also interesting to see Nintendo moving back away from the 2DS line, as both of these new systems re-emphasis stereoscopic 3D once again. A feature of the 3DS that has taken a drastic backseat ever since the tablet-like 2DS hit shelves, which doesn’t feature a stereoscopic 3D screen.

But it begs the question…. Does that mean that Nintendo will announce a redesign of the 2DS as well further down the line?

Things will also be quite busy with all these 3DS platforms clogging store shelves… You’ll have the original smaller 3DS, the original bigger 3DS XL and the tablet-styled 2DS; along with the “New 3DS” and the “New 3DS XL”.

That’s a whopping five different choices to choose from when trying to decide what handheld Nintendo platform to buy. However consumer choice is always a good thing, so I welcome this new development.

What do you think of the New 3DS & New 3DS XL? Will you be buying one?