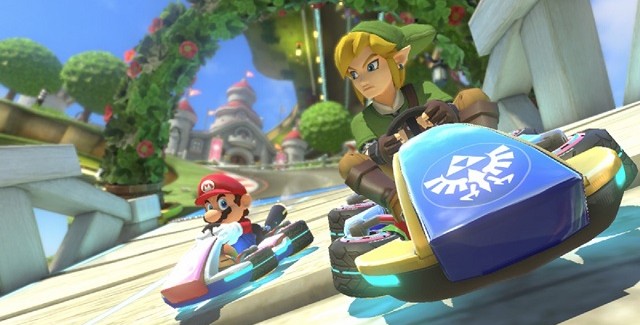 Make sure you take a peek at the screenshots gallery below! 😀

The DLC will add all-manner of new extras, including a whopping eight new courses in each pack (for a total of 16 new tracks!).

Here’s the Mario Kart 8 Zelda/Animal Crossing/F-Zero DLC image gallery.
Click on any of these image thumbnails to see the full-size screenshots: 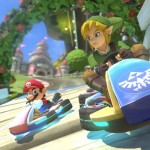 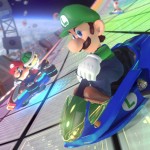 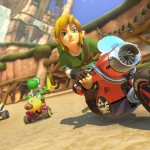 Link on a motorcycle? That’s a new image. 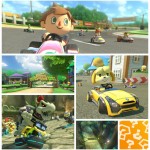 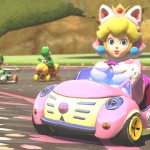 Cat Peach is a new character. 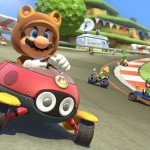 Tanooki Mario is a new character. 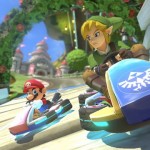 
While most of the courses will be from past Mario Kart games, some of them will be all-new tracks based on The Legend of Zelda and Animal Crossing franchises! One of the confirmed tracks is Wario’s Gold Mine from Mario Kart Wii. 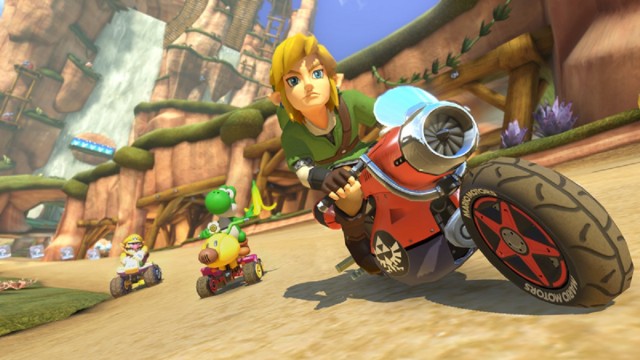 Link on a motorcycle? That’s a new image.

Each new DLC Pack will also include all-new vehicles, including a Blue Falcon Kart from F-Zero! Both packs combined require more than 2GB of storage space. 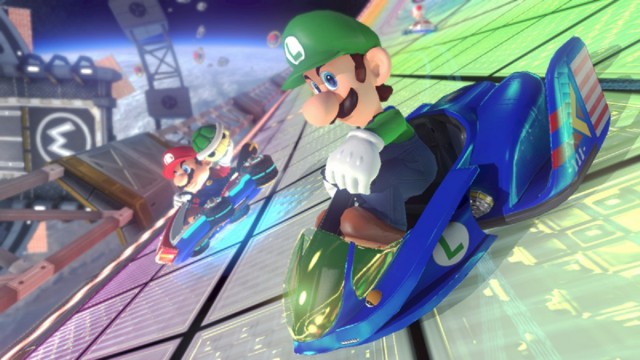 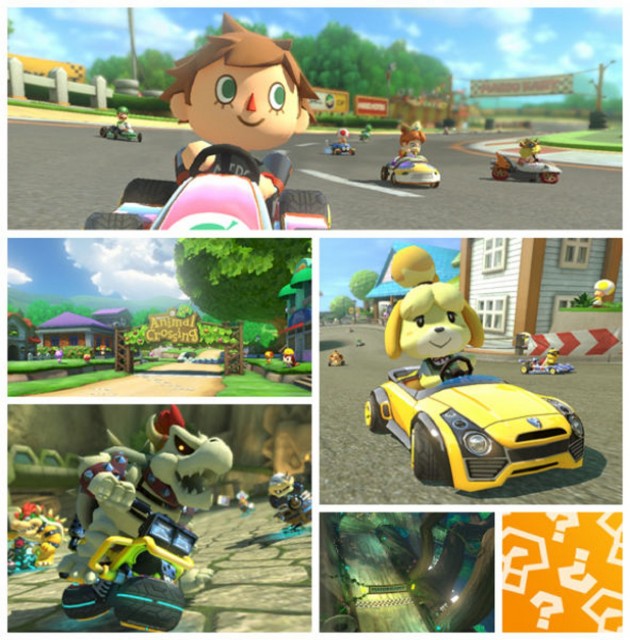 Mario Kart 8 Mercedes-Benz DLC Pack:
Release Date: August 27, 2014
How To Download: Download it from the main menu’s new Shop section. It shows up after you’ve done the Mario Kart 8 Software Update on your Wii U dashboard.

Now that we finally have a playable Link, I hope that Nintendo does a “Nintendo-themed” Kart game next featuring non-Mario universe characters like Samus, Ridley, Captain Falcon, Ness, Pikachu and Princess Zelda as their next Mario Kart title. Since Nintendo fans will finally now have a taste, I’m sure they will desire more!

I think this is something fans have always wanted to see. Can’t wait to race as Link driving the Blue Falcon! ^_^ 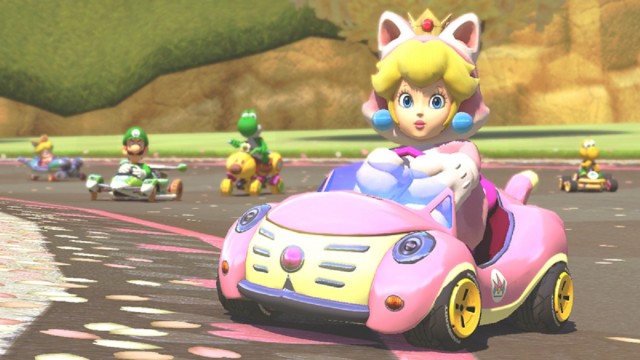 Cat Peach is a new character.

Do you wish to see a Nintendo-themed Kart Game next? Are you excited for this new DLC? Will it get you playing more Mario Kart 8 on Wii U?