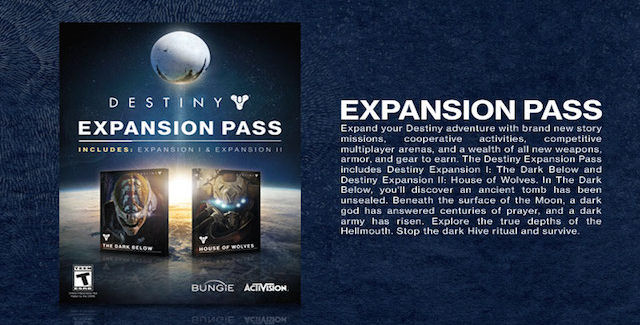 Bungie has confirmed the Destiny Expansion 1: The Dark Below release date falls on December 9th, 2014! This was announced during the Gamescom 2014 PlayStation Briefing.

If you want to play this first of two announced big post-launch DLC Expansions, then you’ll need to buy the Destiny Expansion Pass. This DLC Pass for both Expansions is priced at $34.99, but you can buy them individually as well for $19.99 each (so the Pass gives a $5 discount). Or you may already have it if it comes included in your Destiny Collector’s Edition.

Watch the “Expansion 1: The Dark Below” launch day announcement video:

The Destiny Expansion Pass expands the Destiny adventure post-launch with the following two expansions, which will include brand new story missions, cooperative activities and competitive multiplayer arenas and a wealth of all new weapons, armor and gear to earn:

Here’s a video with Bungie interviews about them building a 10-year universe:

Are you worried that not buying the DLC Expansions will leave you on the sidelines with nothing to do? Worry not.

According to Jonty Barnes, Bungie’s Director of Production, Bungie are “going to change the game after launch in a frequency that we think makes sense, and that isn’t going to be dependent on The Dark Below.”

He continued: “Already from the beta we learned about how to tune the players’ experiences to be better experiences. We’re going to continuously update the game from now until the end of time. That’s always going to be part of the philosophy of Destiny. We always wanted to build a new universe but keep building upon it, rather than to do a complete and utter restart periodically.” – Read the full interview on Joystiq.

Here’s the Destiny: The Dark Below Expansion 1 image gallery.
Click on any of these image thumbnails to see the full-size screenshots: 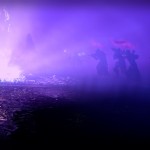 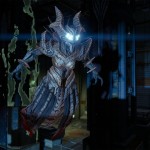 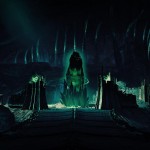 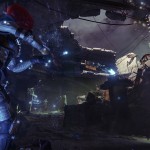 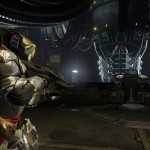 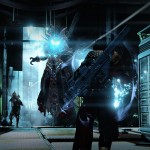 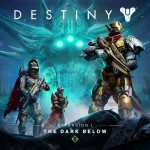 Activision and Bungie today announced that Destiny Expansion I: The Dark Below will be available for download on December 9th. The Dark Belowmarks the first expansion to the universe since Destiny‘s launch in September and features all-new weapons and gear to earn through new story, cooperative and multiplayer activities.

“Destiny was created as a living universe, which has allowed us to improve the experience post launch in real-time,” says Harold Ryan, President of Bungie. “It also gives us insight into the things players are looking for in new content. We’ve seen from feedback that people want new activities, gear and weapons, and of course the immensely popular Raid. The community helps shape our development decisions and that’s really important to us.”

Destiny Expansion I: The Dark Below will feature the following:

• New weapons, armour and gear to earn, including Legendary and Exotic items

• New story quests and missions – after years hiding amongst the Hive shadows, a new character, Eris, has come forth bearing an ominous warning: The Hive seek to summon a god,Crota, to destroy the Earth. Find Eris in the Tower to take on special quests that include three new missions where you will increase your Light and earn new rewards

• New co-operative Strike, The Will of Crota, pits you and your Fireteam against Omnigul as she works to expand the Hive army at the command of her master, Crota

• New six-player Raid, Crota’s End, set deep within the depths of the Hellmouth

• PlayStation platforms will also get access to an exclusive co-operative Strike, The Undying Mind and an exotic weapon, and more (timed exclusive until at least Autumn 2015)

Are you looking forward to Destiny’s “Expansion 1: The Dark Below”?