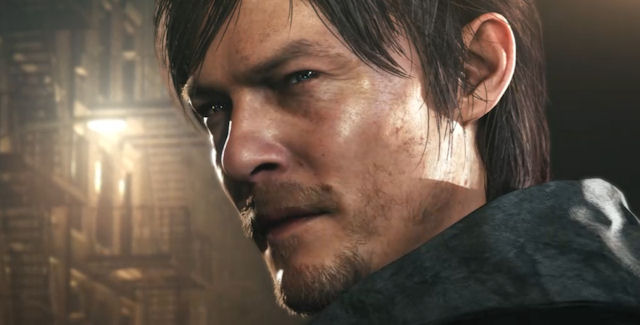 The Silent Hills demo walkthrough will guide you with handy tips and tricks from the start to end in this horror game demo on the PS4. Official Game Warning: “Avoid playing if you have a heart condition.” Yes, it’s THAT scary!

Please note that viewers must be at least 18 to watch, so no harm comes to those with innocent eyes. This game includes Blood and Gore, Drug Reference, Intense Violence, Suggestive Themes.

How To Download The Silent Hills Demo: To build mystery and hype for Silent Hills, its demo is listed on the PlayStation Network digital store as a free demo called “P.T.”, click that link to go there or visit the PlayStation Store’s “DEMOS” section from your PS4’s dashboard. Upon completion, this P.T. Demo is revealed to stand for “Silent Hills – Playable Teaser”.

The Official Demo Description:
“‘My voice, can you hear it?
This sign, can you read it?
I’ll wait forever if you’ll just come to me.’
Her words – To where do they lead?
Be the first in the world to find out.”

GiGi will be your voice-over commentator showing you around the game’s rooms.
Be warned there will be loud screaming and cursing during the shocking moments.

Picture Pieces Locations:
#1 – In the plant pot by the clock.
#2 – On the floor by the window / cabinet in the corner, look for the bottles lying in front of the clock base.
#3 – In the Options menu, press & hold the R3 button.
#4 – At the teddy bear by the phone. The teddy bear is on the floor near the dresser with phone on it… the photo is in the corner by the teddy bear on floor.
#5 – By the stairs where you loop. Press the X button on the photo by the radio.
#6 – On the pillar near the ceiling, in between the bathroom and the radio (to the right of the radio).

How To Escape The Endless Hallway Loop:
• Hit the X button on the photo with the ‘X’ on it after you’ve found at least one piece of the picture to start the next part.
• In the endless hallway turn up your TV screen’s gamma to find the hallway with the two closed doors; Only 1 hallway like this, but there are 3 open bathrooms, 1 front door, and 2 clocks.
• Facing the two closed doors go to the right then turn left and look at the wall, there will be a hole that you have to zoom in on (use the R3 button to look through any opening), after that you can exit the endless hallway loop.

Note: When the ghost is standing in the hallway, if you let it rush to you it disappears inside of you (at which point you get stuck). To prevent this from happening you’ll have to chase the ghost away from you by hitting the X button as you approach her, when she is between you and the stairs.

How To Complete The Silent Hills Demo:
Completing the photo with all the photo pieces listed above is not necessary to beat the game.
The big requirement to get to the ending is to trigger the phone call that will unlock the door outside. To the best of our knowledge (will update if a definitive method exists*), in the last loop GiGi had to…

A) Watch the photos above the clock,
B) Then go to the bathroom, watch the ghost in the mirror.
C) Then go to the radio, wait for the sound of breathing, and look at a photo next to the front door.
D) Then go to the phone and wait to the phone to ring.
E) And finally, at the end of the mysterious phone call you’ll hear the door outside unlock. Go through the door to trigger the ending cutscene!

* Finalized Completion Method: (discovered by Nickolaus)
Step 1: Easiest way to get what you need is to go straight to the bathroom to prevent the ghost from spawning in the mirror. Wait for the ghost to start moaning and find her, she should hopefully be in either hallway (but sometimes appears outside a window). You must allow her to rush you as you cannot complete the P.T. without this happening. If you don’t find her in time you can just wait, or reset the loop by going through the downstairs door.
Step 2: After she has “possessed” you (to check stand still and speak into mic, if you start hearing noises you’re possessed) go look and talk to the baby, the radio, and the phone until you get a giggle from the baby. After the first giggle get ready as you are almost done! After you have your first giggle try to get a second one from another location mentioned previously. Once you get the second giggle stand still and look around your controller should start to vibrate, once it does remain still until you hear the phone start ringing. If you do not hear the third giggle or did not stand still after the rumble started you will have to restart the loop. Once the phone rings go over to the phone and zoom in on it. Once you hear the unlocking sound go down stairs for the last time.
Step 3: It does not matter what order, or from where you get the giggles. You do not have to scream into the microphone. You do not have to see the ghost in the mirror.You do not have to be standing near the phone for it to ring. You just have to get “possessed” and be standing still after the second giggle when the vibrating occurs.
Step 4: Talking into the mic triggers ghostly sounds, and I most frequently get giggles at the phone and the baby in the sink.

Video Guide explaining how to solve the Last Puzzle (without possession):

To unlock the final cut-scene collect all photo pieces prior then do the following:
Reloop yourself (go through the last door).
Look at the clock, DO NOT MOVE and wait for it to strike midnight.
Wait for ghost cries to stop before moving (only if you hear crying).
Walk 10 steps from the clock down the hallway and stop.
You will hear a child giggle.
#Laugh1Complete
Next plug your microphone in.
Un-pause the game and yell for 30 seconds like your having a pannick attack (trick the game into thinking you’re scared/yelling).
You will hear another child giggle.
#Laugh2Complete
Head back to the phone on the shelf and look at it with R3.
Your controller will start to vibrate for a while.
You will hear another baby laugh.
#Laugh3Complete
Keep staring at the phone and it will eventually ring after 20-30 seconds.
You will hear a voice on the other end of the phone say “You have been chosen”.
A door will unlock to outside playing the final cut-scene showing off Norman Reedus as the main character.

Tip: Although a lot of the puzzles seem random; The key to finding a way out of the apartment is finding the source of the breathing/baby crying. Please don’t shoot the messenger, but getting the phone to ring (that leads to the ending) that seemed random at first, apparently gets triggered by talking to the phone to get it to ring, since game director Hideo Kojima said to use a “good headset” if your voice isn’t picked up. Your PS4 comes with a “Mono earphone featuring inline microphone” that you can connect to the PS4’s controller if you don’t have a Playstation Camera with microphone connected already. So difficult! 😥

So… If it takes you more than 1 to 2 hours and you’re doing everything right, your best option may be to restart the demo and try again instead of driving yourself into madness. Then again, maybe that’s the intention?

In case you want to skip straight to the Silent Hills Demo ending, you can watch the last 5 minutes here:

Thanks to Konami for a great surprise, to GiGi for the world’s first completed walkthrough video, and credit for additional tips goes to Christy, Nickolaus, Serefki & Doug.