Home » News » Xbox One News » Rise of the Tomb Raider Xbox One Exclusive for Holiday 2015!

Rise of the Tomb Raider Xbox One Exclusive for Holiday 2015! 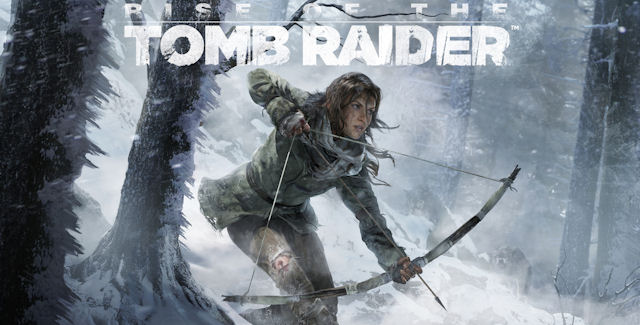 Crystal Dynamics, a Square Enix studio, today announced at Microsoft’s Gamescom 2014 presentation that the latest title in the critically acclaimed and award-winning Tomb Raider series, Rise of the Tomb Raider, is now an Xbox One & Xbox 360 timed exclusive! The game aims to redefine survival action when it comes out in Holiday 2015.

Watch the Rise of the Tomb Raider Announcement Trailer:

For fans this is quite a shock considering the 2013 Tomb Raider reboot this game is a sequel to, came out on PC, Mac, PS3, PS4, Xbox 360 and Xbox One.

“Dear Tomb Raider Community, As you may have seen, we’ve just announced that Rise of the Tomb Raider, coming Holiday 2015, is exclusively on Xbox. We consider all of you to be the lifeblood of Tomb Raider and the work we do at Crystal. I’d like to give you some insight into this decision, and why we feel this is the very best thing for the Tomb Raider sequel we’re creating at the studio.

Tomb Raider in 2013 was a success due in large part to your continued support. Our goal has always been to deliver something truly special with Rise of the Tomb Raider. Today’s announcement with Microsoft is one step to help us put Tomb Raider on top of action adventure gaming. Our friends at Microsoft have always seen huge potential in Tomb Raider and have believed in our vision since our first unveil with them on their stage at E3 2011. We know they will get behind this game more than any support we have had from them in the past – we believe this will be a step to really forging the Tomb Raider brand as one of the biggest in gaming, with the help, belief and backing of a major partner like Microsoft.

This doesn’t mean that we’re walking away from our fans who only play on PlayStation or on PC. Those are great systems, with great partners, and amazing communities. We have Lara Croft and the Temple of Osiris coming to those platforms this December, and Tomb Raider: The Definitive Edition is available on PS4.

We know that there are probably many more questions and concerns. Please do send them to us, and we’ll answer to the best of our ability. Meanwhile we’re going all out to try and make something truly special – the most ambitious Tomb Raider game ever built.”

In her first adventure, Lara Croft was forged into a true survivor, but she glimpsed a deeper, secret world. In the next chapter of her journey, Lara must use her survival skills and wits, learn to trust new friends, and ultimately accept her destiny as the Tomb Raider.

Rise of the Tomb Raider builds upon the formula that made Tomb Raider a success, and features the return of Camilla Luddington as Lara Croft. Camilla will take character performance to new heights as Lara pushes herself beyond human limits and is confronted with what it means to become a hero. Once again, Crystal Dynamics is proud to have the award-winning author Rhianna Pratchett as a key member of the writing team, helping craft a story that delves into Lara’s inner turmoil and motivations in this critical second act of her journey.

“With the power of the new generation, and our proprietary Foundation engine, our high octane action moments will be even more epic. Multiple locations around the world will be filled with exploration spaces that are some of the most beautifully hostile places on earth and over three times larger than we could achieve before,” said Darrell Gallagher, Head of Product Development and Studios at Square Enix. “Our digital actors will rival CG quality, and after hearing the cry from our fans loud and clear, we will put the tombs back into Tomb Raider, all in our gritty survival-action style.”

• What does exclusive to Xbox mean?

“It means that Rise of the Tomb Raider is coming Holiday 2015 exclusively on Xbox One and Xbox 360.”

• Does the exclusive to Xbox have a duration? Is it timed? How long is the duration? Can we expect a PlayStation 4 or PC release in the future?

“Yes, our deal with Microsoft has a duration. We aren’t discussing details of the deal, and are focused on delivering a great game on Xbox One and Xbox 360.”

• Did Crystal Dynamics know about this deal?

“Yes, Crystal Dynamics is excited to be partnering with Microsoft to make the best game possible. As Darrell mentioned in his message, we have a long history with Microsoft and they have been a very strong supporter of the franchise. They will help us grow and nurture the Tomb Raider franchise more than ever before.”

• Were the fans considered when making this decision? Are Crystal Dynamics and Square Enix aware of the franchise history with PlayStation and on PC?

“Of course. We did not make this decision lightly. Our goal is to build the best game that we possibly can, and our relationship with Microsoft will help us realize our vision for the game.”

• Why didn’t Microsoft, Square Enix or Crystal Dynamics say upfront it was a timed exclusive? Why all the indirect language?

“We certainly didn’t intend to cause any confusion with the announcement. The Microsoft Gamescom stage was a great place to make the initial announcement, but not necessarily to go into details.”

Please, share your feelings about Rise of the Tomb Raider becoming a Xbox exclusive.

Tags: Rise of the Tomb Raider