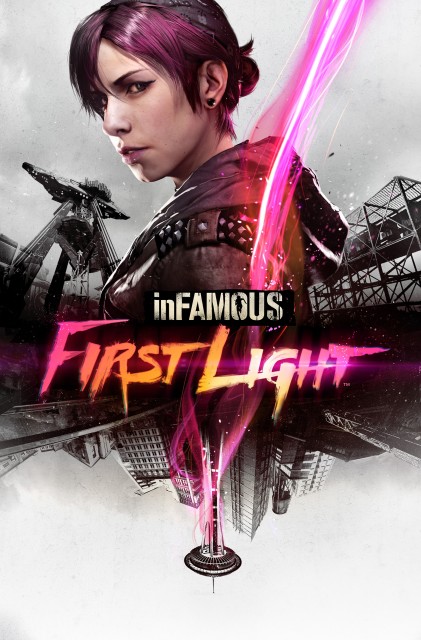 Pre-order Bonus: Pre-order “InFamous First Light” before its August 26 release, to receive an additional in-game costume for Fetch as a bonus when the game releases!

Here’s The New Story: “Locked up in a prison for super powered humans, Fetch Walker is forced to relive tragedies from her past. Unravel her dark secret in Seattle while battling to escape snowy Curdon Cay and seek vengeance against those who wronged her.

Played once again by the brilliantly talented Laura Bailey, Abigail “Fetch” Walker is back — and her story is not an easy one to tell. There is heartache, drug abuse and abandonment. Playing as Fetch, you’ll experience the events that transform her into the conduit you met in Second Son. You’ll see her cope with life in Curdun Cay (the high alpine prison) after being captured by the DUP, and experience what happens when her brother Brent goes missing – and how far she will go to find him.”

New Gameplay: In First Light, you will be able to explore new environments, such as Curdun Cay itself and the beautiful snowy mountain passes around it. You’ll also revisit the city of Seattle, this time through the lens of Fetch’s neon-tinted glasses. Of course, it wouldn’t be an Infamous game without awesome powers. This time around, you’ll see firsthand that Fetch has her own flavor of neon that is unique to her character and tone.

Video Preview: Be sure to watch the “InFamous First Light” stage demonstration with the first gameplay from the expansion. In the video are game director Nate Fox from developer Sucker Punch and Laura Bailey the voice actress of the new protagonist Fletch to show you all about this new DLC.