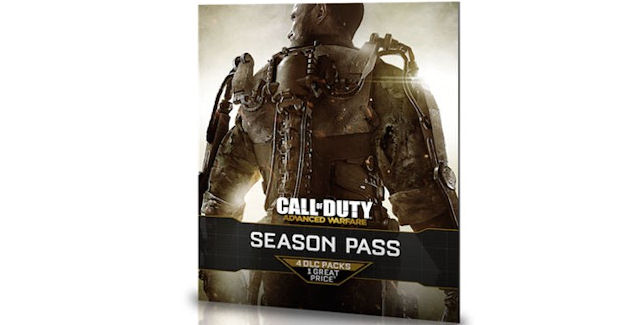 What are the Call of Duty: Advanced Warfare DLC release dates? Everyone’s asking that question and so far Activision have only confirmed the four action-packed DLC Map Packs in the Call of Duty: Advanced Warfare Season Pass will be “available in 2015”, after the November 4th 2014 worldwide release of the main game. BUT based on previous years we will show you the expected release date for each DLC in the list below!

Like previous years the Advanced Warfare DLC will be a timed Xbox One and Xbox 360 exclusive for the first month. That means the PlayStation 4, PlayStation 3 and PC releases will follow the next month.

Note: The above release dates are not final and subject to delays. We will update this page if the dates change. We’ll find out more about each Map Pack when we get closer to the first DLC pack’s launch.

2015 Update: Here’s a behind-the-scenes look at the first DLC Pack for Call of Duty: Advanced Warfare.

Activision promises that each Map Pack in the Call of Duty: Advanced Warfare Season Pass will “deliver a collection of innovative Call of Duty: Advanced Warfare multiplayer content and more.” Aside from the Season Pass being available separately, both the Digital Pro Edition and Atlas Pro Edition will also come with the Season Pass, which unlocks access to the four forthcoming DLC multiplayer map packs (in-game) on the day they launch for your system of choice.

Each pack comes with 4 multiplayer maps, early access to bonus DLC weapons, and sees the return of Zombies Mode!

Call of Duty: Advanced Warfare Season Pass holders will get all four DLC’s as part of the $50 package, which you can get during the 8 months in 2015 before the final DLC pack comes out. Otherwise, you’ll have to buy each DLC separately at a slightly higher price per DLC ($10 more total), since each one individually will set you back 1200 Microsoft Points or $15. The $10 discount is based on the Season Pass suggested retail price of $49.99 USD.

What maps do you want to see in the Call of Duty: Advanced Warfare DLC?