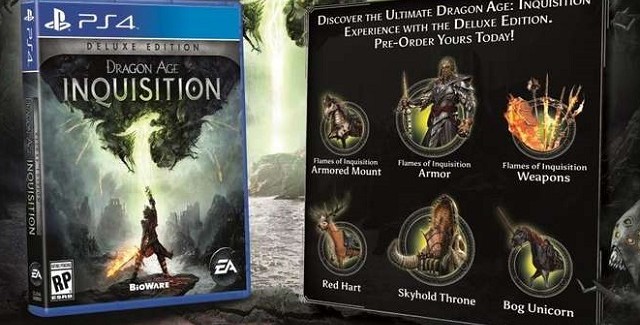 Here’s a chat with the developers and gameplay of Dragon Age 3: Inquisition.

Click on the image for a closer look at this Collector’s Edition: 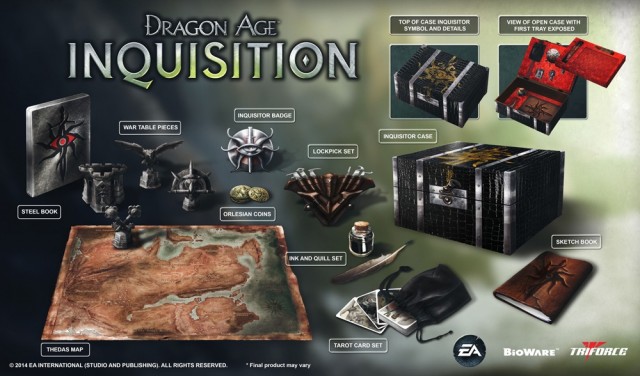 The contents of the Dragon Age 3 Inquisitor Collector’s Edition boxset!

The Inquisitor Edition is truly a behemoth of a Collector’s Edition sure to make Collector’s and fans alike both proud! It includes a number of physical items that are very cool, including a tarot card deck and a huge box to fit all your figures into! It even includes a cloth map and a digital soundtrack! — Note that this edition is exclusive to GameStop in the U.S. See the prices list above for the other regions it’s available in.

Click on the image for a closer look at the digital contents: 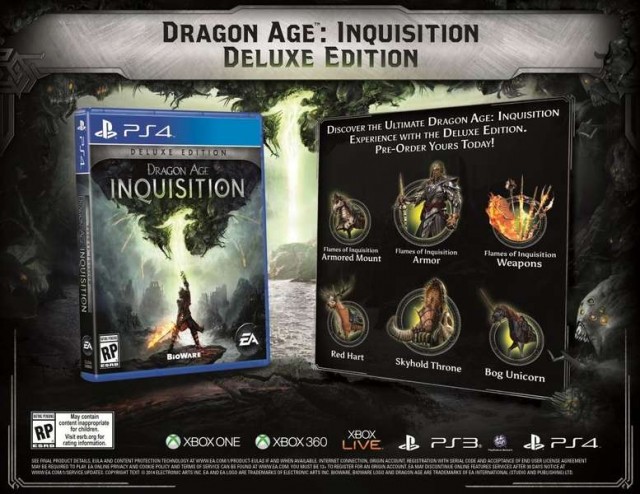 The Deluxe Edition of the game only contains digital extras, but you get the following. All of these are also included in the Inquisitor Edition.

Here’s the Dragon Age 3 Collector’s Edition image gallery.
Click on any of these image thumbnails to see the full-size photos: 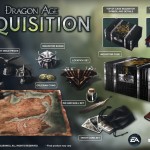 The contents of the Dragon Age 3 Inquisitor Collector’s Edition boxset! 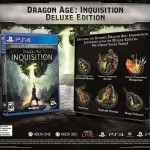 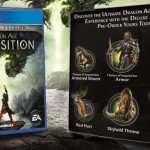 I’m very happy to see BioWare going all out for what has become one of the biggest franchises in all of videogames, and certainly in the RPG realm (up there along with Mass Effect, The Elder Scrolls & Final Fantasy). This is truly a legendary boxset that all videogame Collector’s Edition collectors will be proud to have on their shelves.

The number of physical extras BioWare has included is impressive, and boy is that chest beautiful!

I can’t wait to get my hands on this!

Will you be buying the Dragon Age III: Inquisition Inquisitor Collector’s Edition boxset?