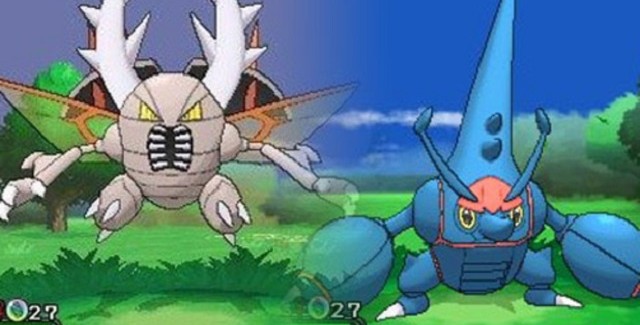 Here’s the Pokemon X & Y Pinsir & Heracross Event image gallery.
Click on any of these image thumbnails to see the full-size pictures: 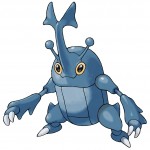 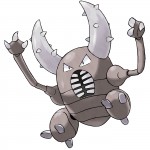 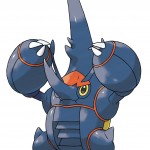 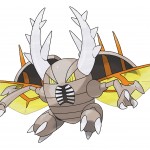 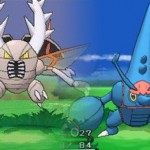 As a bonus, if you pre-order Pokemon Omega Ruby or Alpha Sapphire (which hit stores & Nintendo eShop on November 21, 2014) while you are at GameStop to get the X/Y serial code, you will get a free pre-order bonus poster!

“Pinsir and Heracross each pack a huge punch in battle and become even more powerful when they Mega Evolve!

The Lv. 50 Pinsir has an Adamant Nature and knows X-Scissor, Earthquake, Stone Edge, and Return. It will have one of two Abilities: the defensive Hyper Cutter Ability or Mold Breaker. During Mega Evolution, Mega Pinsir’s Ability becomes Aerilate.

The Lv. 50 Heracross has an Adamant Nature and knows Bullet Seed, Pin Missile, Close Combat, and Megahorn. Its Ability, Swarm or Guts, will change to Skill Link during Mega Evolution.”

I’m happy to see Nintendo keeping the Pokemon X/Pokemon Y flame alive with events like this.

Will you be picking up Pinsir & Heracross during this event?